For Some, Ebola a Most Profitable Venture 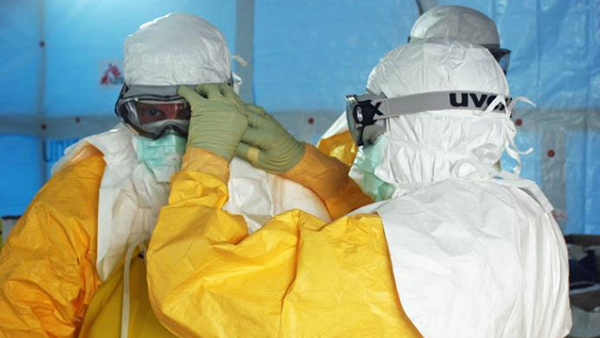 In the Andy Hardy movies Mickey Rooney’s idea for raising money was always “Hey, gang! Let’s put on a show!” Nowadays it seems you put on an epidemic.

That’s not saying West Africa planned to have an Ebola outbreak. But it and those who claim to have come to its aid are going to come out very handsomely from all this. That’s thanks in great part to grotesque exaggerations by the Centers for Disease Control and Prevention (CDC), the World Health Organization (WHO), and the World Bank. And, as they say, “Last but not least!” a media that never challenged a single zero in those nonsense estimates, nor such bizarre assertions as that the outbreak was “the most severe, acute health emergency seen in modern times.”

The CDC estimated a range of cases of 540,000 to 1.4 million by January 20, while the WHO proclaimed there’d be five to 10,000 cases per week by December. As to the World Bank, typical headlines from its October 10 meeting, based in turn on a 71-page report issued three days earlier, was “World Bank estimates Ebola could cost West Africa 32.6 billion dollars.” The actual range was huge – $3.8 billion to $32.6 billion. But organizations that release figures like these know it’s the upper bound that always grabs the headlines, and indeed the lower bound may not appear in the article at all.

In fact, by January 20 there were fewer than 22,000 Ebola cases total with very few new ones.

As for the World Bank’s estimate, to its credit – and unlike both the CDC and the WHO – it did publicly lower its estimates. First to $3-$4 billion in November and then in mid-January to a mere $1.6 billion. Yet the media did what it could to minimize this incredible drop, with Reuters stating the original high estimate was “$25 billion.”

All of this was not just predictable but predicted. By yours truly. On this Website in articles on November 4 and November 10. And elsewhere.

It wasn’t hard. I observed that according to the WHO’s own data, published weekly on its Web site, cases plateaued in mid-September. (Yet Bloomberg waited until late January to say the outbreak “has started to turn.”

I further noted that treatment costs, whether the patient lived or died, were minimal. In Africa it essentially comprises a bed, oral hydration with electrolytes if possible and intravenous if not. Throw in the cost of food and the low salaries of the health care workers. So relatively few patients at relatively low cost per. Add extra funding for more protective clothing, contact tracing and other incidentals and you’re still talking minimal expenditures in a place like West Africa.

But The Powers That Be saw things rather differently, pouring massive aid into the afflicted area in response to WHO alarms.

Thus, clearly both the afflicted area and organizations receiving funding will turn a handsome profit.

In response to a WHO demand for $1 billion, made after the epidemic peaked, President Obama pledged $1.26 billion, while the European Union pledged another $1.26 billion. In December, with Ebola in its death throes, Congress gave Obama an appropriation for $5.4 billion more. While about half this will go towards a repeat of that “devastating” U.S. epidemic that infected two persons and killed none, much of the rest is designated as foreign aid.

The World Bank didn’t just encourage donations through its incredible initial estimate, it put its own money (that is, that of the nations that contribute) where its report was. In a December fact sheet, the group said it “is mobilizing nearly $1 billion in financing for the countries hardest hit by the crisis. This includes $518 million from Industrial Development Agency for the emergency response, and at least $450 million from the International Finance Corporation (IFC), a member of the World Bank Group, to enable trade, investment and employment in Guinea, Liberia and Sierra Leone.”

Further, “Of the at least $450 million from IFC in commercial financing that is enabling trade, investment and employment in Guinea, Liberia and Sierra Leone, $250 million is for a rapid response program, which is helping to ensure continued operations of business and supplies of essential goods and services. An additional $200 million is for an Ebola recovery program, which will finance medium- and long-term projects post-crisis. IFC is also providing advisory services to 800 small and medium enterprises on health, security and environment issues related to Ebola.”

Add it all up and it’s about $3 million per Ebola case! But as the World Bank states, the funding wasn’t for Ebola treatment or prevention. The epidemic was simply an excuse to redistribute wealth from richer countries to poorer ones. It’s exactly in line with what New York University economist William Easterly told the New York Times. World Bank Director Jim Yong Kim “is really the first World Bank president who thinks of the bank as being primarily about relief rather than development,” he said.

Part was also pocketed by the WHO and other organizations to do with as they see fit. We know not how much, save to say they’re now demanding even more! Another billion! This is not implying embezzlement, rather that the WHO doesn’t return to donors’ money it doesn’t immediately use. If you want a short list of reasons that the WHO has exaggerated every disease outbreak since HIV/AIDS, including SARS, avian flu, swine flu, MERS, and Ebola twice before, you don’t need any elaborate conspiracy theories involving the Illuminati or Trilateral Commission. The WHO is portrayed as heroes, they generate money like Rumpelstiltskin, and sometimes they expand their power over national health agencies as they did after SARS.

They also reduce or eliminate scrutiny over their inherently sluggish responses. Chan was merely admitting the obvious when she said the WHO “was too slow to see what was unfolding before us,” and not incidentally she blamed “the world” in the same sentence. But it’s not “the world’s” job; it’s that of the WHO.

But let’s be clear that the Ebola hype was at the higher levels never about saving lives. Worldwide, malaria, tuberculosis, and infectious childhood diarrhea each kill more people every few days than Ebola did during the entire course of the epidemic. Now with Ebola virtually gone, those endemic diseases will continue to kill at the same rate. Thus while there are several Ebola vaccines now in various stages for testing, there is none for malaria that kills an estimated 627,000 people a year.

Domestically, weeks after allocating billions to fight “domestic Ebola,” the U.S. is experiencing a major measles epidemic, which was proceeded and will be followed by outbreaks of other diseases once only written about in past tense. The resurgence of such diseases was again both predictable and predicted, again by yours truly beginning over a decade ago. I’d like to say nobody cared about what I wrote, but in fact two major publications that chose to publish my warnings then blacklisted me forever because an influential anti-vaxxer told them to do so!

The takeaway from all this? It’s pure Machiavelli. Do not care about your fellow man, that gets you nowhere. Act like you do.