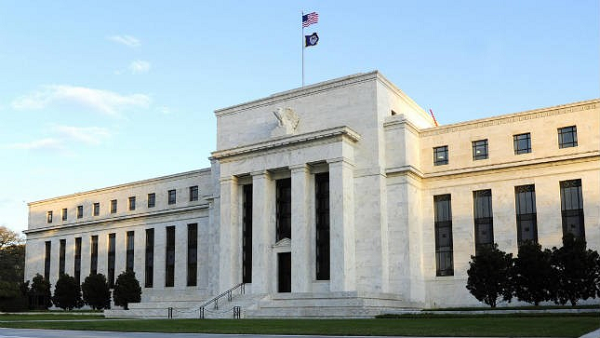 Interest rates have been falling for over three decades. Conventional economics has two things to say about this. One, inflation expectations are falling. Monetarists believe that the interest rate is set based on bond traders’ predictions of future price increases. Two, if employment and GDP are weak, then the central bank should increase the money supply. By increasing the money supply, it will cause rising prices, and somehow that causes workers to get hired. Federal Reserve Chair Janet Yellen wrote a paper defending this absurd claim (which I criticized).

Monetary policy is actually putting the hurt on labor. Let’s look at why.

Workers are employed by businesses, so we must look at the incentives that push on businesses. Businesses constantly face a choice among several alternatives. They choose based on the desire to make profit and avoid losses. Monetary policy affects their decisions, because it distorts the profitability of every path.

Consider one common trade-off: hiring labor versus buying expensive tools. Management decides based on which costs less. The more expensive a tool, the more attractive it becomes to hire workers and vice versa. Since most companies borrow when they buy tools, the most immediate cost of a tool is the monthly payment. When the rate of interest falls, the monthly payment falls as well. This puts downward pressure on employment and wages (I wrote about this here).

A falling interest rate impacts the wage by a subtler, but more powerful process. In a recent article, Professor Antal Fekete describes it:

“First we dwell a little longer on the problem of the present value of a cash flow (defined as the sum of individual payments discounted at the prevailing rate of interest, each for the period of time between now and when it becomes payable in the future.) Since the rate of interest is being cut, discount at a lower rate is involved. Therefore the present value of the cash flow is increased…

What does this mean for the terms of trade of those who need a cash flow for survival, such as all pensioners and all wage earners? Well, the price they have to pay for the cash flow is just its present value. Any cut in the rate of interest by the central bank affects them adversely. Their terms of trade deteriorates. For example, if the rate of interest is cut in half, then they have to pay twice as much for the same cash flow as before the cut. In practical terms this means that wage earners have to work roughly twice as hard to continue earning wages at the same level…”

Let’s take a step back and cover some essential background material and then we’ll get back to this point. One differentiator of Fekete’s economics is in his concept of the loan. Others think of it as an exchange of present goods for future goods, but he had an insight. The essential characteristic of a loan is that it involves an exchange of wealth and income. Fekete describes one party, often a retiree, as having cash but not income. The other party, typically an entrepreneur, has income but not cash. The deal benefits both.

The retiree needs the income to buy groceries, without consuming his life’s savings. Earning interest provides him an income for the rest of his life, without fear of outliving his savings. The entrepreneur wants to build a business without having to waste years saving up for the investment. Borrowed capital enables him to quickly build productive capacity. This new production will increase his income.

We can think of the loan as the purchase of an income stream. Cash up front is traded for an income paid over time. By definition, and by nature, the amount of cash paid is equal to the value of the stream of payments to be made in the future. The value of this series of future payment is not simply the arithmetic sum. It is the sum of the present values of those payments.

Let’s look at the concept of the present value of a future payment. Suppose someone will pay $500 one year from today. Do you value it at $500 right now? No, a future payment is always discounted, to compensate for locking up the cash for a year, and of course the risk of nonpayment. We need a way of determining how much $500 in one year is worth today. To calculate the discount, we use the prevailing interest rate. If the interest rate is 10%, then this $500 payment is discounted by $50. It is worth $450 today.

The value of a future payment rises if the interest rate falls. For example, if the interest rate falls 5%, then the discount is only $25. That makes the payment worth $475 today. If this is not clear, then it may help to think through a few examples. Consider payments due years in the future. This idea—that present value varies inversely with interest—is a key principle.

Changes in the value of a loan are zero sum. If the rate of interest falls, then the lender gains at the expense of the borrower. This conclusion is counterintuitive and thus controversial, but it should not be. The income stream is worth more. This is the loss suffered by the borrower, and the gain enjoyed by the lender.

The straight arithmetic sum of five $253.80 payments is $1,319. However the present value of the loan is less than that, because each future payment must be discounted. Here’s what that looks like.

The present value of the income stream works out to be exactly the amount of the loan. The first table shows the loan amortization, with an annual $263.80 payment covering current interest plus fully amortization. The second table shows the discounting of each payment. This is an elegant validation of the theory.

Now, let’s look at what happens if the prevailing interest rate drops to 5%. The loan payments don’t change. However, the present value of those payments does.

Discounted at only 5%, the same payments have a higher net present value—14.2% higher.

The great economist Ludwig von Mises was aware of the impact of interest on long duration loans. He looked at the combination of two extremes, zero interest and a perpetual income stream. He wrote:

“If the future services which a piece of land can render were to be valued in the same way in which its present services are valued, no finite price would be high enough to impel its owner to sell it. Land could neither be bought nor sold against definite amounts of money…”

Accounting shines a spotlight on this phenomenon. However, it’s no moot abstraction. The loss to the borrower is real. No one would argue that the capital gain of a bondholder is somehow unreal. They should not argue against the loss of the bond issuer. It is the loss of the latter which provides the gains of the former.

Proper accounting should always match reality. So what, in reality, is going on?

Another way of thinking of the present value is the burden of debt. The more the rate falls, the more the debt load bears down on the borrower. The present value of an income stream is what any investor would pay to buy it. It is also what the debtor must pay to liquidate it.

Sometimes the best return for the owners is to sell the firm. However, that often requires paying off the debt. If that’s impossible, then the best option is off the table. The inability to liquidate debt causes many problems. So long as an enterprise has a dollar of debt, it’s an overhang. The lower the interest rate falls, the larger the overhang grows.

Let’s tie this all back to the worker. We can now see the connection between the wage and the loan. Both are an income stream, a set of payments to be made in the future. As with the loan, the present value of wages rises when interest falls. The employer is doubly squeezed, once by the increasing burden of debt, and twice when burden of wages increases too.

Something has to give. Either the worker must work harder, or else the employer must cut his pay. It’s a simple matter of survival for the employer. No firm can remain in business for long, if it allows liabilities to rise unchecked.

If productivity cannot be increased, and wages cannot be decreased, then the business must cut costs elsewhere. Often this amounts to substituting one form of capital loss for another, such as neglecting maintenance or research.

When interest falls, wages subtract from the enterprise value and machines add to it. How perverse is that? How would you respond, if you were managing a business?

The central banks may say that increasing the money supply causes rising wages and increased employment. However, they increase money supply via bond purchases. This pushes bond prices up, which is the same think as pushing the interest rate down. It causes irreparable harm to employers, and consequently, to workers.