From Middle Earth to Renewed Earth 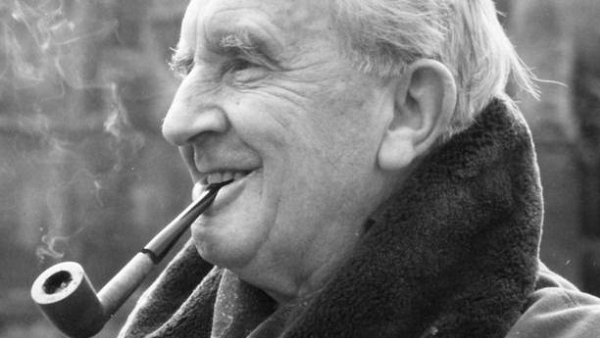 Perhaps J. R. R. Tolkien’s most salient contribution to theology is the doctrine he called the principle of “sub-creation.”  By it, he meant that we make according to the principle by which we are made.  That is, like all things else, we were spoken into existence by a multi-personal God acting in unity.  We are the result of the powerful and creative words of a plurality-in-unity.  That implies three important things:  (1) language, (2) community, and (3) mutual love are at the core of all reality.  From them, all created things arise.

In Genesis 1: 1, we read that “in the beginning elohim,” a plural word, “created” (a singular verb) “the heavens and the earth.”(KJV).  That is, a plurality acting as a unity made the world, and He made it with words.  He spoke it into existence.  The same principle re-emerges later in the same chapter when God says “Let us” (plural) make (singular) man in our (plural) image   So God created man in his own image, in the image of God created he him, male and female created he them” (v. 27).

Note that the image of God is something said about no other creatures but the human creatures, and that this image is distributed across both sexes.  While each human creature possesses it, no person has it in its fullness.  Without others, male and female, it is incomplete in us.  In order to make it more full, in order to manifest it more effectively, we are to be communal, to work in concert with one another, just like our Creator, and we are to work the way he works, by making things with words, by speaking things into existence, things personal and impersonal, and things singular and plural simultaneously.  Corporations fit that description quite fully.

As God made the universe with words, corporations are made with words, in this case, the precise legal language of incorporation, the result of which is that many persons become one, that one being both personal and impersonal, much like the universe in which it exists, a universe filled with persons and non-persons.  A corporation is, as we all know, a person at law, a personal entity replete with rights and obligations, composed of multiple persons, acting in concert, a marvelous thing sprung from words.  To revert to Tolkien, we make according to the principle by which we are made.

When God made us, He placed upon our shoulders what theologians call the “creation mandate:”  We are to have “dominion over the fish of the sea, and over the fowl of the air, and over the cattle, and over all the earth, and over every creeping thing that creepeth upon the earth” (v. 26).  “Dominion” here does not mean reckless exploitation.  It means the prudent stewardship by which we are to “be fruitful, and multiply, and fill the earth and subdue it” (v. 28).  It means transforming the entire earth from an uncultivated jungle into productive and well-sustained garden.  Corporations can be, and ought to be, part of that mandate, part of that stewardship of productive sustainability.  Corporations, being in our image, have the same obligations we have, being in God’s image.  We are to make the best of things, to cultivate the world in ever richer and more productive ways, always with an eye toward our Divinely imposed obligations and our Divinely bestowed opportunities.  We are to “fill the earth,” leaving none of it less habitable or less productive than is possible, not even the deserts in all their native hostility, which nations like Israel have turned into a garden, a city, a workplace, a school, and a resort.  Much of that subduing was the work of corporations, doing what they, and we, were created to do.

One of the central doctrines of Christianity is the Lordship of Christ.  As Lord, He is not the Lord of merely some things, but of all.  If He is Lord of all things, then nothing is properly secular.  Therefore, anything pursued in a secular fashion is at least partly, if not wholly, mispursued.  Our task, then, is to bring his Lordship wisely and prudently to bear upon all that we do, including filling the earth, subduing it, and making it what it was meant to be.   It means running a corporation as if Jesus were its CEO, as if the One who turned water into wine were still at work, turning deserts into oases.