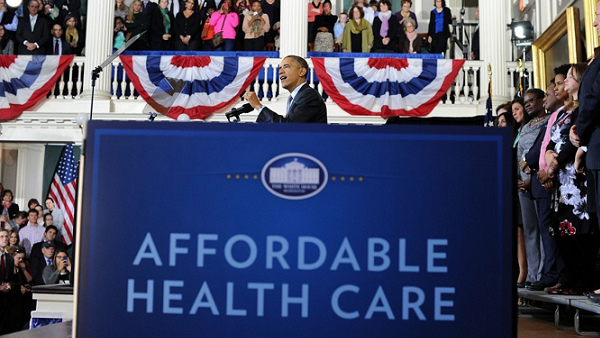 Milton Friedman told us to assess a public program by its results, not its intentions.  Similarly, Thomas Sowell advised us to think with our heads, not our hearts.  If you do as they suggest, it changes everything.

If you assess Obamacare in the way they suggest, you learn that although the desire to help the medically uninsured might spring from a good motive, that motive does not mend the pathetic results in the slightest.   After all the trumpeting of Obamacare by the left, and after all their complaints about the failures of the heartless free market, the number of uninsured Americans is still more than 30 million.  Despite its purported intentions, Obamacare only covered about 65% of those it intended to cover.  65% isn’t bad for government work, I suppose, but as a college professor I can tell you that it’s still a failing grade.  As Doug Bandow noted in the title of his excellent little book, good intentions are not enough.

We must never forget that human beings are creatures of incentive or that every public policy has its own built in incentive system.  Before you enact any legislation, ask yourself what incentive this law puts forth.  Whatever it is, folks will follow it.

For example, although we know that poverty tends to circle around broken homes, especially homes with only a mother there to protect, nurture, guide, and provide for the kids, our welfare system, designed to aid the poor, tells young women that, if they want money, if they want to get out of their parents’ home and set up on their own, they need to have children out of wedlock.  If they want more money, they need to have more children.  But they must have them by another man because, if they have them by the same man, then the government thinks that man ought to pay for them.  So the government incentivizes women to do the very thing that makes them poor in the first place — have kids out of wedlock.  Clearly, that is an incentive system from Hell.

Please do not get the idea that the incentive problem noted here is either a black or an American problem.  It is not.  It is a human problem.

What country pays unwed mothers the most?  Sweden.  What country has the highest illegitimacy rate?  Right, it’s Sweden, which is not black and not American.