The Dollar is Debt, Not Money 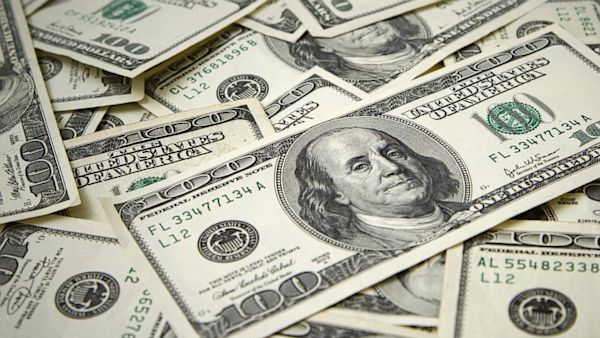 I wrote what I thought was a fairly simple article for Forbes recently. I noticed that some people really got it, and they were very excited. However, others were skeptical or asking questions that went into the weeds. The former tells me that I said something important, but the latter says that I said it in a way that not everyone could relate to.

The catch is that the dollar only circulates because the government forces it to circulate, and forces gold not to. This means that the very concept of money is under the control of the government.

Ayn Rand noted that force is not essentially about a physical push, or a bullet hitting flesh. She said, “Force and mind are opposites…” She added, “To force a man to drop his own mind and to accept your will as a substitute, with a gun in place of a syllogism, with terror in place of proof, and death as the final argument—is to attempt to exist in defiance of reality.”

She showed that force is an attack on the mind. Literally, the gun takes away your ability to see reality clearly and use logic to arrive at the best possible outcome. Instead, you must think and do as you are told. The insidious process she described is at work with the concept of money. The very concept of money has been perverted.

George Orwell once wrote about this.

The dollar is the government’s debt, and debt paper is not money, no matter who issues it. The government has no power to transform water into wine, or debt paper into money. I don’t think anyone is explicitly arguing that it has this power. I think their error is to gloss over why the dollar circulates, and just insist that, “Well, it circulates therefore it is money.”

Thus, the government is granted the power to turn paper into gold, though the mind skitters away from openly admitting this conclusion.

If gold goes up, then one has made a profit. That’s right, one makes money for doing nothing, just holding a lump of metal. Where does such a free lunch come from? No time to explore that contradiction today. Let’s stay focused.

It may not be fair, but we have a capital gains tax that applies when an investment, commodity, or asset goes up. If you buy something for $1,000 and sell it for $1,500, then you have a $500 profit. You must pay tax on that income. There are no exceptions that I am aware of: antique Ferraris, stocks, bonds, bitcoin, copper, houses, etc.

And this is where the concept of money gets real.

The government has several ways of forcing gold not to circulate, of making us use their debt paper as if it were money. One of them is the capital gains tax on gold. You see, if you barter—remember, gold is not money, just a commodity—gold for a car then the government considers that to be a sale of gold at the current market price. If that is higher than what you paid when you bought, then you owe capital gains tax.

This tax makes it far too expensive to use gold in transactions, not to mention the ledger you would have to keep. So gold is forced out of circulation (and into private hoards). Gold is for holding, not for using as money.

I have been arguing that this bad tax provision ought to be repealed. And that’s the crux of the problem.

Am I just a crony, like every other crony, asking the government for a special favor and preferential treatment? Is the whole point of repealing the tax on gold so that gold speculators can make more money on their gold trades?

This was essentially the allegation of one Arizona legislator, who asked why gold should be treated differently than other investments.

If the dollar is money, then there is no good answer to this question.

To advocate for special privileges that benefit one’s own purse is to fight for cronyism (also known by its older name, fascism). This is not a principled position. Nor is it a sympathetic one. Everyone has a mental picture of a fat cats, seeking to engorge himself as public expense. Once we’re into that box, once we’re perceived that way, we’re doomed. No matter what “blah blah blah” comes out of our mouths, it will be seen as self-serving and hypocritical. And rightfully so.

What is a principled free marketer to do? Well, if you cling to the notion that the dollar is money, then you are disarmed. You have to concede that gold should be taxed just like other assets. You can lobby to eliminate all capital gains tax, but that’s about it. Good luck with that. I will cheer you, but don’t expect victory any time soon.

I remind you of two things. One, tax keeps gold from circulating. In other words, the gold tax is the key to socialized money. We can never have a free market in money if gold is penalized with a tax every time the dollar loses value. Two, as Ayn Rand showed, the moral is the practical. Your belief in this bad definition of money is what keeps you from effectively fighting for a free market in money.

There is much more to say about the topic of money and credit, to support the case that gold is money. In this article, I just wanted to focus on this one issue, because I think the error is an important one. I expect gold’s enemies, as they begin to mobilize and organize, will be cunning enough to see the vulnerability and go for the jugular.

If we want to win, we will need to be armed properly for the fight. This is a battle for ideas, and the most important weapons we can wield are concepts. Preferably razor sharp concepts. Let’s get it right, starting with a clear understanding of the dollar and of gold.