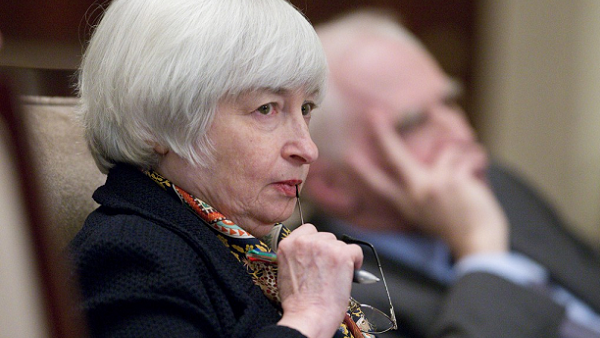 In her recent testimony to the Senate and House, Janet Yellen ruled out an interest rate increase in the immediate future. However, she hinted that a rate increase would occur this year. This was largely in line with the thinking of most economists. Not many economists were expecting a rate increase prior to June. One prominent economist I met with recently said the process will be gradual. He expects the Fed to remove the word “patient” from its March statement and to introduce the first of several increases in the fed funds rate in September.

The economic data suggest that Yellen can be patient for the time being. After all, the Fed sees no need to raise interest rates as long as the employment market is weak and there is little inflation. Some would argue that the improvements in the employment market should prompt the Fed to start raising rates soon.

While it is true that the unemployment rate has been falling, there is no evidence of wage inflation. Furthermore, the decline in the unemployment rate is largely illusory because the participation rate is at a four-decade low. And most of the jobs being created are in the lower wage categories.

As for price inflation, the latest report on the Consumer Price Index showed a 0.7% decline. However, the decline was due almost solely to falling energy prices. Excluding food and energy, the CPI went up at an annual rate of 1.6. That’s a little less than the Fed’s target of 2.0%, but it is consistent with the argument I made in my January 23 post that falling energy prices could be inflationary if they spur economic growth and an increase in demand for goods. The Fed understands this. That’s why Janet Yellen is hinting at a rate increase this year even though she can exercise a little more patience in the near term.