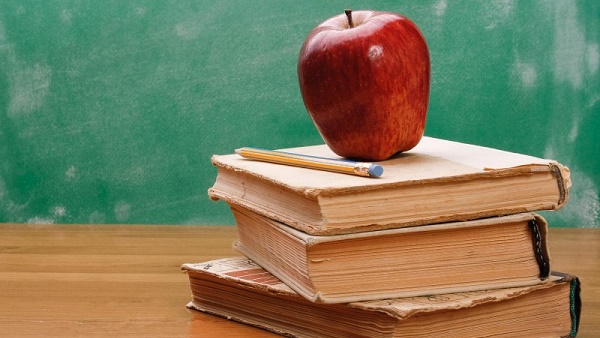 Government schools have been hurting children and destroying America for a long time. Common Core is only the latest assault in the 100 year war on American minds and hearts. Given the long history of the monopoly Education Establishment of secularizing education, removing it from church and family,  making good citizens rather than well-rounded, fully educated people, its history of developing and spreading anti-American, and anti-Christian sentiments– it cannot be fixed.

Richard Mitchell’s often hilarious little book, “The Graves of Academe,” was a good first look at the incompetence and ideology of the education establishment. The 1918 meeting of the NEA’s Committee For The Reform Of Secondary Schools aimed at  eliminating the classics in high schools, claiming that the pursuit of knowledge for its own sake is “elitist.” Few went to college anyway, so why bother? The high school must instead train future factory workers and home-makers, thus starting a trend.(1) We can see the result today.

Nowadays parents are appalled at textbooks with more pictures and fewer words. Historical content has been diluted and polluted, ignoring much true history, focusing instead mostly on the less important that fits the progressive template:  America Bad, Everybody Else Good! What little is taught about Christianity is generally libelous, refusing to admit its essential role in Western progress and liberty and the United States. The program exists to dumb-down, demoralize, and destroy the American spirit of individual responsibility, authentic patriotism, and Christian culture. Ronald Reagan said it best: “If we ever forget that we’re one nation under God, then we will be a nation gone under.”

As we cannot tolerate the loss of American culture, economically we suffer as well with a system that has placed America’s youth near the bottom in academic achievement among industrialized nations. Common Core has forced into the open this gross incompetence.

Under this educationist mono-culture, candidates in teacher training programs must accept Atheism, Progressivism, Darwinism, Al Gore-ism, Feminism, et. al., ad nauseum, or keep their mouths shut. Deniers would be condemned to the outer darkness as bitter clingers to what all normal people believed for two millennia. How can you fix that? In fact, all half-measures do fall short.

Many criticize government schools, but few call for ending them. Sheldon Richman with his often hilarious book, “Separating School and State” is one of several.(2) Lil Tuttle of the Claire Booth Luce Policy Institute, compared Richmond Virginia area public school prices and results with 60 non-exclusive private schools. Private school tuitions averaged about half, while getting better results with both gifted and special-needs children.(3) And there’s liberty; the same Thomas Jefferson who believed government schools necessary to form good citizens also, in typical Jefferson fashion, contradicted himself elsewhere, calling it “tyranny” to force any citizen to pay for teaching others ideas offensive to him!

How do you end any huge program that people depend on? States pulling out of Common Core lose federal funding. Few parents can afford private school tuition. Fewer still feel competent to home school. Yet half-measures, even when they do succeed against enormous political pressure, do not get to the root of the problem. And they are fraught with peril. Yet, parents who pull their children out fear being accused of bad parenting. Politicians are loathe to even think about it. Yet, history that they don’t teach in government schools proves all socialist redistribution schemes fail and eventually bankrupt the state. The Welfare State, the Medi-state, the Edu-state– all are sinking the boat faster than we can bail it out.