Bitcoin Won’t Save Us 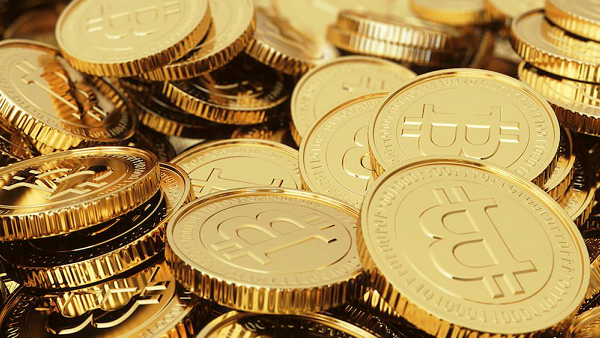 Libertarians have waxed poetic about Bitcoin for years. It pokes a finger in the eye of the state by breaking the state’s monopoly on money and rescues citizens from a rapidly eroding dollar. But aside from the block chain innovation and its potential use in other industries, I can’t get excited about Bitcoin. Other than symbolic, what advantage does Bitcoin offer?

Say you produce oil field equipment in Tulsa and made a big sale to a production company in Marrakech, Morocco and to make the sale you offered them 90 days of credit. Also, you’re local sales rep made the deal in Moroccan dirhams. So you’re worried that in the 90 days before you get paid that the value of the Dirham will depreciate against the Dollar (that is, it will buy fewer dollars) and you’ll lose money on the deal.

Had you made the deal in Bitcoin instead of the local currency, you would still have to worry about Bitcoin losing value against the Dollar, for although the volume of bitcoins “mined” is low compared to the vast expansion of the dollar supply, the value of Bitcoin against dollars has been very volatile. It has ranged in price from $1,200 to $200.

The simplest and surest solution to the worry of changing foreign exchange rates is to use the futures and options market that have been around for over 300 years and were designed for the purpose of protecting buyers and sellers from dramatic price and currency changes.

Suppose, though, that you’re worried about the financial system collapsing. Would you rather be holding gold/silver or bitcoins? Personally, I would prefer the precious metals with millennia of experience protecting citizens from disasters of all kinds and used world-wide. Of course, the state can confiscate gold/silver if you keep it in a place they can get to it, such as a safety deposit box, but does anyone really believe the state can’t get to bitcoins when it wants to? The US government has already ruined many new digital currencies. If I’m worried about the state confiscating my gold/silver, I can hide it where the state can’t get to it.

But wouldn’t widespread acceptance of bitcoins help reduce inflation and dampen business cycles because bitcoins compete with the dollar? No, not at all, because even though we often write about the Fed “printing” dollars, most of us should understand that printed dollars make up a small part of the total stock of money, about 10%. Most money is nothing but bytes on a server, an electronic accounting entry for banks, and is born as a loan.

So you can see that lending and borrowing cause the money supply, most of which is credit, to expand and sometimes contract and results in booms and busts according to the Austrian business-cycle theory. Right now, no one is lending bitcoin so it can’t expand credit, but neither can it solve the problem of credit expansion. But suppose that someone sets up a bank that will lend in bitcoins. Does anyone suppose that such a bank will abstain from fractional reserve banking? Not likely! The process is too lucrative. It’s virtually legal counterfeiting. And once banks are lending bitcoins and keeping fractional reserves, bitcoin will be a part of the problem.

The only reasonable solution I have found to the problem of credit expansion is free banking as promoted by George Selgin and Larry White. Hayek came around to endorsing free banking late in life. But the odds of the US ever enjoying free banking are as good as the prospects of teaching a camel to dance ballet. So what can a person do in the meantime to protect one’s savings?

For disasters of any kind, war, hyperinflation, or financial collapse, gold and silver are your best bets, but hidden from the state. If you’re worried about moderate inflation, the stock market and real estate provide the best protection, but investors need to know when to get in and out. The only way to do that is through mastering the Austrian business-cycle theory, or ABCT.