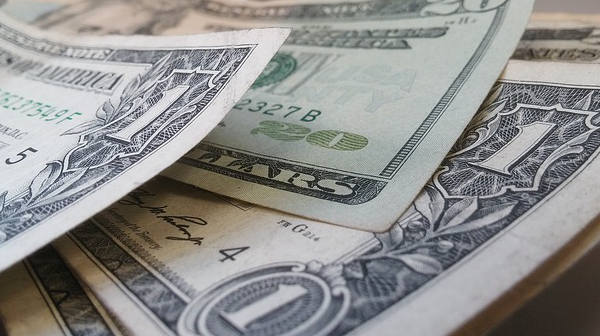 Mainstream economists have hated cash since the Great Depression because in their business cycle “theory” they assume that people quit spending and decide to hold more cash. That stoppage in spending constipates the “circular flow” model of economics they pray to and causes recessions. They don’t ask why people might prefer cash to a new Ford Focus or more stock in Apple. Many main stream economists follow the thinking of Herman Minsky who simply thought people are irrational. The behavioral school in economics assumes people are pretty much nuts. In their brains, a large group of people wake up one day and decide they need to hold more cash for no reason and all hell breaks loose. I call that the “crap happens” theory of business cycles.

Of course, the solution to that problem, in mainstream thinking, is to force people to spend their cash at the mall. So they start with reducing interest rates to ridiculously low levels, which is supposed to discourage saving and motivate spending. But what if that doesn’t work? In case you haven’t noticed it hasn’t worked in Japan, Europe or the US for the past six years.

The next step is to punish people for holding cash. One way to do that is to force negative interest rates. Rates can become negative when the inflation rate is higher than the interest rate on deposits, or banks can charge customers for depositing money. Willem Buiter, an economist for Citibank has suggested that the Fed could have fixed the latest crisis sooner if it had pushed interest rates to a negative 6%. Buiter got the idea from Harvard economist Ken Rogoff. Both have been tried in Europe for the past year.

But people aren’t robots even if mainstream economic models assume so. People rarely do what economists want them to do. Often people respond to negative interest rates by stashing their cash under the sofa cushions. That’s how many people in poor countries save. Now Japanese, Americans and Europeans are imitating the poor citizens of banana republics.

The ancient way of dealing with cash hoarding was to create massive inflation and force people to spend their piles of cash before it became worthless, but central banks are suffering from impotence and have no Viagra to help them generate price inflation. So the next step is to just take the cash. But if people keep their cash under the sofa cushions or in their freezers, the state can’t just take it because it can’t get to it. So if people won’t spend their cash, the state wants them to keep it in the bank so they can take what it needs when it needs it, in a financial crisis for example.

The new term for such taking is “bail in,” as when the government of Cyprus “bailed in” the depositors during the Cypriot financial crisis a few years ago in order to save the failing banks. To keep our money in the banking system where the state can get to it, some mainstream economists are advocating making cash illegal. Seven countries have done just that:

“The cashless society is the IRS’s dream: total knowledge of, and control over, the finances of every single American,” according to Ron Paul.

Of course, politicians will claim that they are making cash illegal in order to help law enforcement catch criminals because the drug dealers and terrorists use cash in their transactions. But as usual, criminals will always find ways around such restrictions while law abiding citizens suffer alone.

Contrary to mainstream economists, holding large amounts of cash is very rational in times of great uncertainty about the future. Others reasons to keep cash at home include fear of state confiscation of funds and an investing environment in which the risks are greater than the return, such as today under a regime of near zero interest rates. Not holding cash in such times would be imprudent and irrational.

One obvious solution to the problem is for investors to buy physical gold and silver, but don’t keep it in a safety deposit box. Those weren’t so safe for investors in the 1930s when President Roosevelt made owning gold a criminal offense. He sent people to prison for trying to protect their life savings instead of selling their gold to the state at a price below the market value.

I’m more of an optimist, so I see the chances of the US government outlawing cash and ownership of gold as slim. On the other hand, investors can’t wait until it happens to do something about it. Investors need to determine how much cash they will require for six months or so and have it stored in physical gold and silver at home. But in order to avoid a paper trail that the state can use to track and confiscate it, we will need to buy small amounts over a longer period. So we had better get started..