UN Gold Standard On The Way? 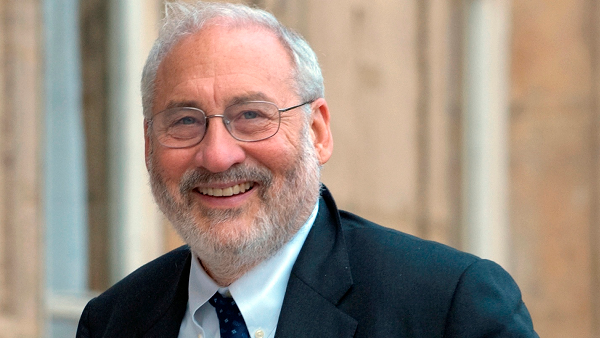 The US dollar’s position as the dominant reserve currency is coming under assault from at least three directions. The UN announced in 2009 plans to mint silver and gold coins to be used in international trade. Socialist economist Joseph Stiglitz, a Nobel laureate, and who chaired the UN Conference on Trade and Development (UNCTAD) said it shows…

“… a growing consensus that there are problems with the dollar reserve system. Developing countries are lending the United States trillions dollars at almost zero interest rates when they have huge needs themselves… It’s indicative of the nature of the problem. It’s a net transfer, in a sense, to the United States, a form of foreign aid.”

Emerging market (EM) countries that hold large amounts of dollar reserves don’t hang onto hundred dollar bills. They use their cash to buy US government debt so that they can earn interest and that is what Stiglitz meant by EM countries lending to the US. When someone needs US dollars, to buy oil for example, the EM central bank can easily sell the US debt and provide the dollars for the exchange.

Armand Dufour of the European Bank welcomed the UN coins. “People have enough Fiat currency options, government and banks cannot intrude on bullion coins – they will have their own inviolable value… If we see a dismounting from the US dollar, as is inevitable in the main view, there will be a strong move to the Oro, which may drive its price up to the point where governments will not allow its circulation; they will try to isolate it.”

In his last statement he is merely echoing Gresham’s law that bad money drives out good, meaning that people will hoard the UN money while spending paper money as fast as possible.

Then in a Free Market post, China Takes Aim at the US Dollar, Sean Brodrick reported that the Chinese government is pushing its yuan to be a reserve currency like the US dollar. Brodrick wrote,

In early April, former Secretary of the Treasury Larry Summers publicly warned: “This past month may be remembered as the moment the United States lost its role as the underwriter of the global economic system.”

China’s crime was to launch the Asian Infrastructure Investment Bank (AIIB), to compete with the Asian Investment Bank and World Bank, both led by the US. The US begged its “friends” not to join, but they did anyway. Also, China has initiated the China International Payment System (CIPS) in direct competition for the other international payment system called SWIFT, which is a key support of U.S. dollar hegemony.

Finally there is the BRIC bank in which Brazil, Russia, Italy and China teamed up to replace the International Monetary Fund and World Bank. According RT News,

The big launch of the BRICS bank is seen as a first step to break the dominance of the US dollar in global trade, as well as dollar-backed institutions such as the International Monetary Fund (IMF) and the World Bank, both US-based institutions BRICS countries have little influence within.

Talking heads and bloggers typically respond to news of the dollar’s demise as a reserve currency with hysteria: the dollar will become worthless and hyperinflation will destroy the US economy. However, one of the most important economic lessons that investors need to learn is this:  fear sells. Every politician and media flunky knows this. To paraphrase the great American newspaper editor HL Mencken, politicians and media pundits devote their time to frightening people because people will vote or pay attention to the media only when frightened.

For some reason known only to God people are not interested in good news. Years ago I read a paper in an advertising journal that described research on themes in advertising that actually work. Researchers tested love, sex, friendship and a dozen other themes in ads and discovered that none of the themes moved viewers except fear, and fear worked well.

Nevertheless, I will proceed with the contrarian view: ending US dollar hegemony will be good for the US in the long run, though it could be painful in the short. Keep in mind that a collapse of the value of the US dollar against other currencies will only affect the prices of imports and exports and imports aren’t a large part of the US GDP. So yes, there will be some inflation. But the value of the dollar for domestic goods won’t collapse. Ceteris parabus, more expensive imports will cause the prices of domestic goods to fall. The prices of both imports and domestic goods can rise at the same time only if the Fed cranks up its money printing machine.

So what is the great advantage that the US gets from its status as the number one reserve currency in the world, the loss of which strikes terror in the hearts of mainstream economists? The chief advantage is that the Fed can flood the world with US dollars and the federal government can borrow and spend far beyond its means with impunity. But is that really an advantage for US citizens? No, it is not! Fed money printing does enormous damage according to the Austrian business-cycle theory. The Fed’s ability to print infinite amounts of money is the single most destructive force in the US.

Federal spending far beyond its means is not much better. The borrowing required to finance deficit spending causes the trade deficit and loss of US jobs (the reason would require another post) and burdens our children with unbearable debt. So why would any economist consider that being the dominant reserve currency is a benefit to the US? They do so because they’re socialists, like Stiglitz.

Because mainstream economists favor unlimited money printing by the Fed and unlimited deficits by the federal government, there is no one restraining either. Those of us who want a better future for our children have only one hope, that an outside force will come to our aid. Barring a miracle for God, China’s efforts to capture the “benefits” of reserve currency are our best hope.

Without reserve status, US citizens would have to buy gold or yuan in order to purchase imports, but a rapidly depreciating US dollar would make that difficult and force the Fed to show some restraint. Also, interest rates for borrowing by the federal government would rise and be denominated in yuan, so any depreciation of the US dollar would increase government debt by the same amount. That would add more pressure to the Fed to stop printing money.

In short, the US would find itself in a position similar to the PIIGS, Portugal, Italy, Ireland, Greece and Spain after the Big EZ fiasco. None of the PIIGS could print their way out of their problems and the governments could not borrow, so they had to reduce regulations, cut spending and raise taxes to get their economies moving forward. Greece hasn’t been so good at it. Nothing would help the US economy more than similar medicine.