Answering Obama, Are Hedge Funds Worth More Than Kindergartens? 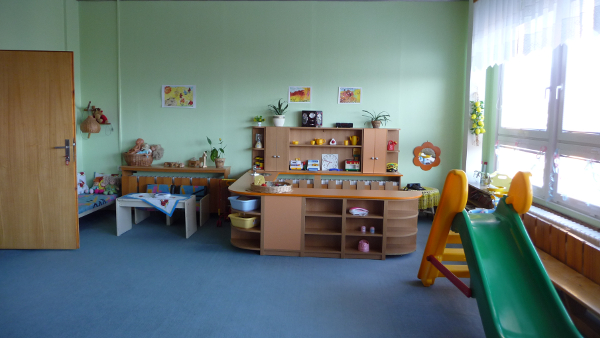 “The top 25 hedge fund managers made more than all the kindergarten teachers in the country,” declared President Obama in a discussion of poverty at Georgetown University. Calling them “society’s lottery winners,” he proposed to hike their taxes.

Predictably, battle lines have been formed between two polarized sides. One side—let’s call them the Gauche for convenience’s sake—is unhappy with the pay disparity. CBS News, in an almost neutral tone, asks, “Which group provides more value to America?” The reader is supposed to somehow answer that question, presumably in favor of teachers. Gawker goes much farther, calling hedge fund managers the biggest gangsters of all. It asserts, “It is, as the myth goes, capitalism at its most pure…”

The other side—let’s call them the Adroit—defends hedge fund managers. PJ Media said, “That single comment [about winning the lottery] defines the president’s economic worldview. Success doesn’t come to those who act rationally in pursuit of their values. It doesn’t come from hard work performed intelligently.”

Both sides get it partly correct and partly in error. The Gauche correctly observe something monstrously unfair: ever-larger financial profits accruing to an ever-shrinking group. However, their basic assumption is false. We do not have capitalism today. And their policy is the same old cliché: soak the rich.

The Adroit are also correct about something. More taxes will not help anyone, and making money is not a lottery. However, in their desire to oppose the other team, they are missing the elephant in the room—rising assets, and falling yields. They too assume that we have capitalism. The reality is that all capital markets are massively distorted. Getting rich isn’t blind luck, but sometimes it’s not properly earned either.

Capitalism means free markets, the opposite of central planning. How could anyone look at our financial system and call it a free market? We have central planning of the most fundamental price in the economy: the rate of interest. Central banking is a key feature, not of capitalism, but of socialism. Indeed in The Communist Manifesto, Karl Marx states, “5. Centralization of credit in the hands of the State, by means of a national bank…”

Every major country in the world has a central bank. All are caught up in the same megatrend—falling interest rates. A lower rate means rising bond prices. For more than three decades, we have had a relentless, ferocious bull market in bonds. Bond speculators have pulled down trillions.

By a variety of mechanisms, the rising price of bonds bleeds into other markets and causes stocks and real estate to rise. For example, when the Fed buys bonds, then the sellers usually buy other assets.

The free-fall in yields harms wage earners. How are you supposed to save for retirement with zero interest, and therefore no compounding? And it strangles pensioners, who can no longer live on the interest on their savings.

It is a fact that we have central planning today. While this harms people who are working or retired, it seems to help those who own assets—and their fund managers. A falling interest rate converts everyone’s wealth into their income, which is an unsustainable process.

Rather than arguing about whether hedge fund managers or teachers should make more, we should condemn this unfair system. We are against central banking and central planning, not those who make money. It’s impossible to tell what a fund manager should be paid, other than in a free market.