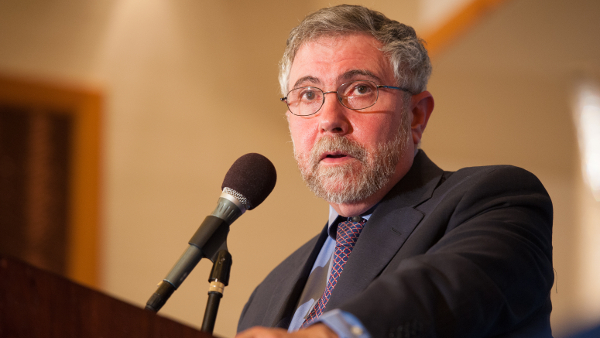 After the onset of the Great Depression, many economists radically changed their views and adopted Keynes’ “revolution,” which was not a revolution but merely a resurrection of mercantile economics. Mainstream economists don’t understand that because they don’t take economic history in school. Keynesian economics dominated until the stagflation of the 1970’s.

Responding to their mistakes of the 70s, mainstream abandoned paleo-Keynesian economics and the profession split into the New Keynesian, monetarist and neo-classical schools of macroeconomics, though hard-to-kill paleo-Keynesian econ lives on in the writings of Nobel Laureate Paul Krugman. The three new schools rejected Keynes’ idea of having the state micromanage the economy through fiscal policy because they recognized it suffered from the three lags, cogitation, formulation and implementation. In other words, the state always shows up late to the economic “accident” because it’s slow to recognize the problem, slower to formulate policy and tardy in implementing the policy. As a result, fiscal policy tended to make things worse.
So mainstream econ passed the duty of managing the economy to the Fed, and after the “great moderation” of the 1990s were very happy with the results. The mild recession of 2001 only confirmed their arrogance that the Fed could handle anything. Some prominent mainstream economists even proclaimed the death of the business cycle. Then the worst recession since the Great Depression hit in 2008 and stunned everyone but Austrian economists and a few fellow-travelers. BTW, Austrians aren’t perma-bears, like some famous mainstream economists. The ABCT predicts booms as well as busts.

So what have mainstream economists learned from the latest financial disaster? Absolutely nothing! That’s according to Gavyn Davies of the Financial Times. [link] Davies wrote,

Seven years after 2008 crash, there is relatively little sign of a major transformation in the mainstream macro-economic theory that is used, for example, by most central banks. The “DSGE” [dynamic stochastic general equilibrium] (mainly New Keynesian) framework remains the basic workhorse, even though it singularly failed to predict the crash. Economists have been busy adding a more realistic financial sector to the structure of the model, but labour and product markets, the heart of the productive economy, remain largely untouched.

Of course, Davies is from the mainstream, so he completely swallows the camel whole while swatting at gnats. The core mistake of mainstream economics is its foundation on the assumption of equilibrium. That assumption makes the math easier, but it is fantasy. As economist Brian Arthur, founder of complexity economics, wrote in the preface to his book Complexity and the Economy,

I’d summed up my earlier understanding in a 1999 article in Science, and the editor insisted I give this different approach a name. I called it “complexity economics.” Looking back now, the features of complexity economics are clear. The economy is not necessarily in equilibrium; in fact it is usually in non-equilibrium. Agents are not all knowing and perfectly rational; they must make sense of the situations they are in and explore strategies as they do this.

But the list of the faults with mainstream economics is even longer than Arthur realized. Mainstream econ assumes that capital is a homogenous, self-sustaining fund when in reality capital is made up of very different things from software to jetliners. Entrepreneurs must plan for replenishing existing capital equipment or replacing it with better technology and they depend on suppliers for a vast array of materials to produce them.

Assuming equilibrium, the mainstream economist euthanizes the entrepreneur. According to Mises,

The mathematical economist, blinded by the prepossession that economics must be constructed according to the pattern of Newtonian mechanics and is open to treatment by mathematical methods, misconstrues entirely the subject matter of his investigations. He no longer deals with human action but with a soulless mechanism mysteriously actuated by forces not open to further analysis. In the imaginary construction of the evenly rotating economy [equilibrium] there is, of course, no room for the entrepreneurial function.

Finally, everything in equilibrium happens instantly. There is no time. So what does all of this mean for the investor? According to Davies central bankers will continue with their current policies:

In conclusion, what should we expect from macro-policy makers in future, assuming the economic back-drop remains relatively benign? Probably, more of the same: broadly stable central bank balance sheets, very slow declines in public debt ratios and a gradual return to using interest rates as the main weapon of monetary policy. A more rapid return to pre-2008 norms for fiscal and central bank balance sheets is somewhat unlikely.

In other words, central bankers are hoping the economy will save them by growing enough to make all problems go away. Davies points out that the IMF summit completely ignored several potential dangers to this policy, the chief of which is the very real threat of another recession at a time when total debt is much higher than it was before the latest recession.

That means the US and Europe are likely to follow in Japan’s steps with insanely low interest rates, stagnant nominal GDP, periods of mild deflation and recurring recessions brought on by bad monetary policy. We won’t be able to take advantage of high rates of inflation to melt away debt, so real estate will suffer. Bonds will be more attractive, and when picking stocks we’ll need to avoid those with high levels of debt.