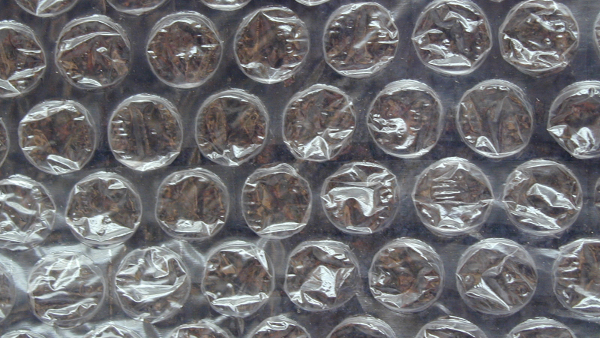 Credit indicators are important in the Austrian understanding of the business cycle. Today we’ll look at one of the more important: bankruptcies.

First, why bankruptcies matter. It seems obvious — bankruptcies come in bad times — but let’s trace out the actual process.

The causes of business cycles has been common knowledge in economics for centuries — for a colorful summary see William Leggett’s classic “treacherous and unsustainable” tirade from the 1830’s.

Today the most prominent adherents to Classical theory are called Austrian economists, but it’s important to note that the process I’m describing is not “Austrian” per se. Rather, it’s 400-years of evolutionary economic theory.

Cheap money encourages an artificial boom that, like Tom Woods’ ”tissue fire,” burns bright but quickly burns out. It burns out in the form of bad investments that attracted money only because borrowing costs are so low thanks to low interest rates.

These “malinvestments” will gradually be liquidated, day-in and day-out, but the problem comes when liquidations cluster. The clustering shows up as widespread unemployment, economic contraction, and massive debt write-offs. Bankruptcies.

Nowadays, the most common cause of this clustering is when central banks raise rates. This makes borrowing more expensive, putting lots of malinvestments newly “under-water” all at once. Central banks know this, but they must raise rates since easy money will eventually lead to inflation.

For centuries now, we’ve seen this pattern repeat, every decade or so. And it will continue because the essential parts — governments craving for cheap money, ending with rate hikes clustering liquidations — are built-in to central banking.

Now, for an investor, the most interesting part of this narrative is the turning points. The inflections. And there are two: when the boom starts, and when the boom ends.

The start of the boom is easy to spot; we have simply to look for cheap capital. Governments are addicted to easy-money, since that tissue-fire boom is a short-run vote-winner. So we can assume the economy is usually in artificial boom mode. Meaning that buy-and-hold would, over a long horizon, always beat sitting out the market.

Timing the bust is more interesting. We’re trying to estimate when the loans from easy money turn to distress. Two very good indicators for these are bankruptcies and non-performing loans. Both measure liquidations of malinvestments.

A quick-and-dirty environmental indicator for both types of malinvestment is to simply look at interest rates. Rising rates make debts more expensive, and higher rates make a higher hurdle for investments to clear. At 1% money, even lousy businesses can pay back their capital. At 10% money, only the best survive. At 1% money, even lousy borrowers can service their loans. At 10% money, only the best can repay.

So we could actually just run on the interest rate alone; when it starts rising, it will progressively reveal more and more malinvestments, raising the likelihood of a clustering that we call “recession.”

And this risk will rise as rates rise; imagine an island in a lake. As the lake rises, it will cover a tiny percent of the island at first, then ever-growing percent of the remaining island. So, too malinvestments — a doubling from 1% to 2% in the Fed funds rate might cause very little clustering. But a doubling from 5% to 10% will almost certainly bring a clustering — a recession.

For bankruptcies I use figures from bankruptcy courts themselves. You can find figures at uscourts.gov, typically delayed no more than a month. You can also find annual charts at tradingeconomics.com/united-states/bankruptcies, so you can spot the trends.

First, let’s look at those trends:

Easy to see the trends are excellent. Straight-line declines, half after half.  Now, a longer chart for some context, starting way back with the dot-com rebound:

Bankruptcies began to rise in the first half of 2007. Zeroing in on that period:

This is excellent work for an indicator; you’d have gotten your “red flag” data by August of 2007. And the market topped in late October, 2007. If you’d bailed out when half-year bankruptcies started rising, you’d have actually sold at the top.

Now, to finish up our test, when would bankruptcies tell you to buy back in? After all, an indicator that tells you to sell but never says when to get back in is no good at all.

Bankruptcies don’t do too badly here, either. Post-crisis, they turned down starting in the first half of 2010, indicating a buy somewhere around August, 2010 at around 1050 on the S&P.

So, using bankruptcy numbers, even aggregated at half-year, you’d have sold at something like 1500 on the S&P, and bought back at 1050. You’d make 40% on your money in just 3 years. And you’d have slept very well all through the crisis.

So that’s the value of aggregate bankruptcies as indicator. We’d like to get closer in, though; half-year is a long time to wait. The best resource I’ve found for this is direct from the source: US courts. At uscourts.gov you can find monthly data, going back currently to 2007.

Some figures from US courts, older figures adjusted for population growth:

The overall pattern is pretty close to 2007, with some low figures and a couple high ones (October, 2014 and March, 2015). Of course, since our latest number is high (March at 84,000), we should be a little concerned here. Not enough to shift strategy, since there is noise in the data (remember that October, 2014 number), and also because other indicators are generally agreeing that we’re mature-boom but the recession’s not imminent.

Without getting deep in the numbers, trends agree in that other great credit aggregator, non-performing loans. Again, there’s very little credit distress in this economy. What we do have is yet more confirmation that we’re in mature-boom, with very little cycle-driven danger on the immediate horizon. Unless you’ve got lots of illiquid assets — business plant, say — it’s too early to do anything but ride this generous market.