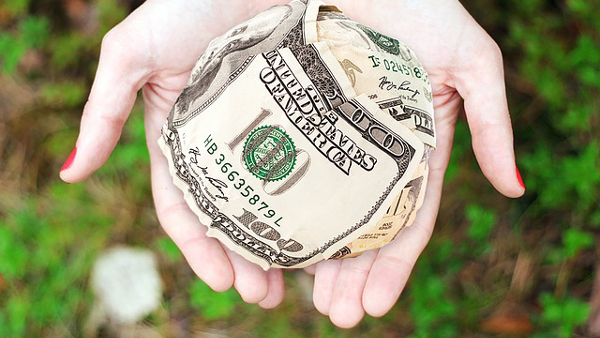 According to Albert Einstein, compounding is the “Eighth wonder of the world.” Investors crave it. Mathematicians stand in awe of it. Yet it is not rocket science: One dollar invested today at a certain return is worth multiple dollars in the future. The longer the compounding period, the longer an investor multiplies their return on top of return. We presume an almost infinite range of compounding periods because we can. We set it wherever we want knowing we are always looking forward to some predetermined date in the future.

The exact opposite is true in giving.  The Christian’s compounding period is totally unknown – but it declines every day.  We know the range of returns (Matt 19:29) but not the period. What we do know is that however unbelievably large those returns may be, they can only compound over a shorter and shorter time period. The resulting calculus is as clear as it is sobering: a dollar given today is worth more than a dollar given tomorrow.  The future value of our giving declines daily.  Converting to human terms, a dollar not given today might be multiple souls lost in the future. The person dying of thirst would prefer a plastic cup of water now to a gold cistern of Perrier later. Certainly God can do whatever He pleases (Psalm 135:6). His thinking is higher than our thinking, His ways are not our ways (Isaiah 55:8-9). But the human logic of giving now is both rational and compelling. Even Warren Buffet gets it: “There’s no reason to wait.”* I wonder, do we Christians get it?

And what about eternal rewards? The primary reason we give is out of worship and obedience, tangibly acknowledging the One who owns it all in the first place (Psalm 24:1). But people often overlook the eternal rewards that accrue on their giving. After all, who put the reward system in the Bible in the first place? Isaiah 40:10, Jeremiah 17:10, Proverbs 3:9-10, Malachi 3:10, Luke 6:38, I Timothy 6:19, and Revelation 22:12 speak clearly to earthly and heavenly rewards that compound to those who give now in this life.  Therefore, for the Christian who delays giving, the principle of compounding works in reverse. It works against them. We know Jesus commands us to lay up treasure in Heaven (Matt. 6:20). What many have overlooked is the sooner we do that, the longer He has to compound our treasure… For our good and His glory.

The principle of reverse compounding’s implication is clear: Anyone interested in having maximum impact on this earth should not wait. Anyone interested in having maximum impact in the new earth should not wait.  No one is suggesting financial irresponsibility in this world. But for those with ample resources who find themselves sitting on the fence, waiting is foolish. Waiting makes no sense – eternally or mathematically. Stories abound where people say, “Yes I will give – when the stock hits a certain number.” Or “I can invest it pretty well myself – then I will give it.” Or “I’ll give it when I die.”  To hold on to it is to say you can invest better than God. To hold on to it is to forgo significant compounding. To hold on to it is to possibly lose it.

Jesus was keenly aware that the compounding period shortens everyday: “We must work the works of Him who sent Me while it is still day; for night is coming when no man can work.” (John 9:4).

The time to invest is now.