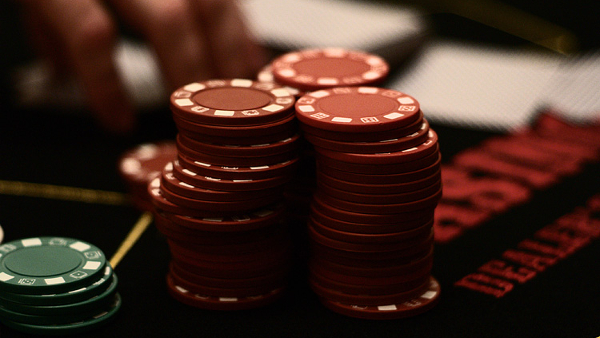 In the lead up to the General Election in the United Kingdom in May, opinion polls consistently showed the Conservative and Labour parties as neck-and-neck. As a result, until the night of the election, mainstream political pundits were predicting that neither party would win a majority, and there would be a considerable period of political chaos, as the two main parties scramble to form coalitions for minority governments.

However, several political betting websites, based in the United Kingdom, were showing odds favoring a Conservative election win.

The surprising reality of the situation was that, by the following morning, the Conservative party had won an outright majority, when the preceding day political pundits thought that outcome so unlikely as to not warrant serious discussion. The political betting sites were more accurate than the opinion polls and media pundits.

These websites, based primarily in the UK, allow people to bet money on the outcome of political events.

They allow bettors to bet on the outcome of political events at certain odds. For instance, the odds of a certain event occurring might be placed at 2.00. This means that if a bettor wagered one dollar, and the event happens, they will have made a profit of one dollar; they get the dollar they bet wagered on the event back, plus another dollar as profit.

For it to be reasonable to take this bet, the bettor must believe the event has a percentage chance of occurring of at least 50%. Since the odds of each event are market driven, this decimal number tells you what probability bettors in the market assign a given event.

We convert this decimal number into a probability in percentage terms. By taking the decimal odds from many different sites, and then converting them into a percentage probability (an odds ratio of 2.00 becomes 50% in probability form), we determine what likelihood political bettors are placing on events.

Since the General Election, we’ve been tracking the odds bettors place on certain events, on over two dozen political betting sites.

One of the issues we’ve been tracking is Greece leaving the Eurozone. When we first calculated it in mid-May, the average percentage chance the betting sites were showing of Greece exiting the Eurozone by the end of 2015 was 35%. 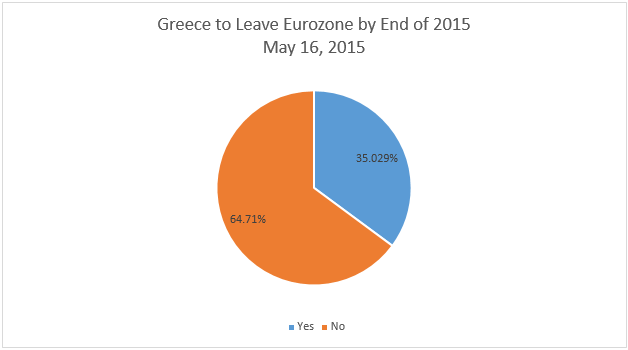 Since then, the probability of them leaving according to the political bettors has gone up about 5%. 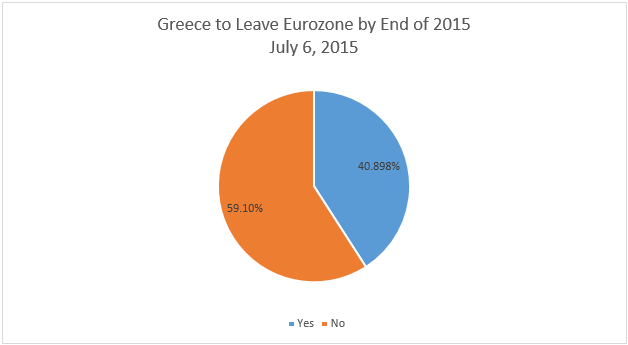 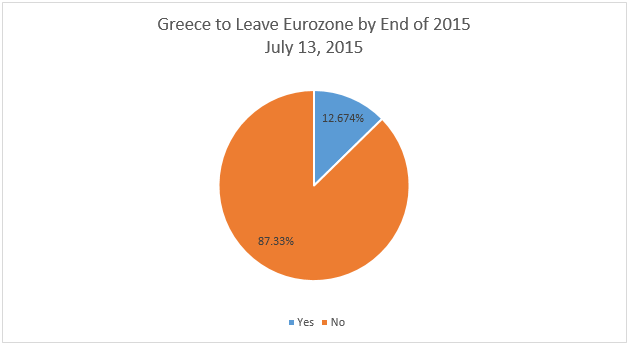 Political bettors were still generally betting against Grexit for months, and the recent deal shows that they were probably correct to doubt the doom predicted by mainstream media. The probability of Greece leaving the Eurozone this year is now low; all Prime Minister Tsipras needs to do is push the reforms through parliament.

The political bettors were much closer to the mark than political pundits were when it came to the United Kingdom’s general election. It could take to the end of the year to know absolutely for sure whether political bettors are right about Greece at the end of the year, but it is worth considering that the people who are actually putting their own money at risk might be better predictors than television pundits, political columnists, and opinion poll responders.