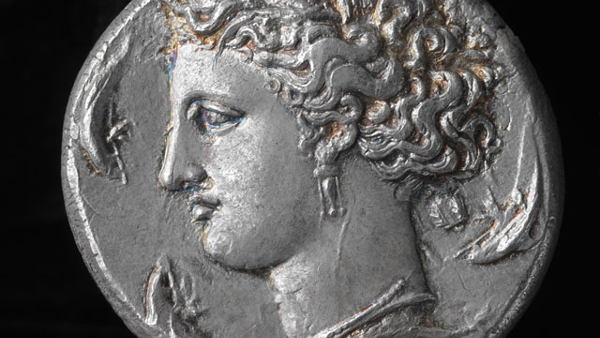 The prices of the metals drooped further this shortened week (Friday was a holiday in the US, as the Fourth of July, Independence Day, occurred on Saturday). The S&P 500 index also fell this week, as did crude oil.

Markets all over the world are beginning to feel shocks from Greece. As we write this, on Sunday evening Arizona time, the Greeks voted “No” to the terms of the bailouts offered them. The simple fact is that Greece cannot pay. What they cannot pay, they will not. What they don’t pay, has to be written off by whomever holds it as an asset. Some of these write-offs will obligate European governments to pay in more euros to recapitalize the now-insolvent entities. For example, countries like Spain that need bailouts themselves will have to contribute to the European Central Bank.

A Greek default is not about the size of its GDP, but about the size of the holes blown out of various balance sheets, where Greek debts used to be marked as their assets. We don’t know precisely how much the Greek government, Greek central bank, Greek commercial banks, and other Greek debtors owe. According to Demonocracy, the total is €360 billion (and they have a very cool infographic to illustrate it). We suspect that, at the end of the day, the number turns out to be greater than that.

The Greek default is a forcible contraction of credit (Keith’s definition of deflation), and bound to be negative for the prices of ordinary assets. That said, something extraordinary has occurred in the silver market this week.

Read on, for the only accurate picture of the supply and demand conditions in the gold and silver markets, based on the basis and cobasis.

Prices of Gold and Silver (October to July)

Next, this is a graph of the gold price measured in silver, otherwise known as the gold to silver ratio. It ended unchanged this week.

Price Ratio of Gold to Silver

The fundamental price of gold did not change at all. It’s still 30 bucks over the market price.

And the price this week dipped several times to about $15.46. That is pretty darned close, and closer than it had gotten in years.

In the big picture, the price did not move much on the week. However, look at that red cobasis line go. It was a mere 7 basis points last Friday. It ended this week at 100 bps. The cobasis of farther-out contracts also rose proportionally.

Suddenly, the silver market is firm.

Think like an arbitrager for a minute. It’s possible to earn 1% annualized, on a simple trade with no risk (as conventionally understood). Just sell a bar of silver and buy a contract for September delivery—called decarrying the metal. The trade matures in no more than 3 months, and you end where you started (plus the free 1% profit). Show us any other investment that pays so much for so little duration, and it will have “risk” written all over it.

And yet, that trade is now offered in silver.

We can name two reasons why the cobasis might skyrocket. One is that there is a risk. If your counterparty defaults, then you don’t get your metal back. You may get dollars. The exchange will insist the dollars are equivalent to the metal, but that’s small consolation.

We do not believe this is the main problem now, because it’s not occurring in gold. If the banks were in imminent danger, the gold basis would not be quiescent.

The other possible reason is that there’s a growing shortage of silver. Of course, in order to decarry silver, you have to have the metal. If it’s not available, you can just wistfully watch the rising cobasis.

So now, for the first time in about two years, the fundamental price of silver is above the market price, about $0.35 over.

Unless you really like to trade the bleeding edge of a signal change, you may not want to jump in here. Silver’s newfound scarcity could disappear as rapidly as it appeared. And even if it’s stable, it does not mean that the fundamental price must necessarily skyrocket.

We would recommend waiting to see what the markets bring us, not to mention the near-term fallout from Greece this week.

Keith is speaking at FreedomFest this week in Las Vegas.