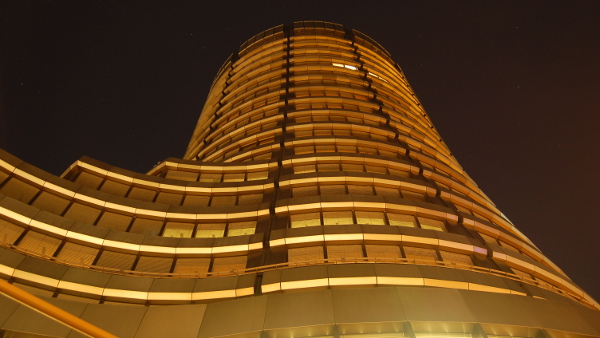 Mainstream economists, excluding those at the Bank for International Settlements, have stuck with their ancient superstition that recessions are random events, each with its own special cause, known technically as shocks that send the economy spinning out of equilibrium. Central bankers and politicians along with the mainstream media have rounded up the usual suspects, bankers, and sentenced them without a trial.

The general opinion seems to be that bankers were either too stupid or dishonest while making loans in the past so they made a lot of bad loans and conjured from hell the worst recession since the Great Depression. The guilty verdict requires that Basel and Washington control even more of the decision making process in what has come to be called “macro-prudential” regulations.
Macro-prudential regulations are intended to direct new money created by the Fed or the ECB into “productive” activity while preventing excessive risk taking that leads to bubbles. However, Julien Noizet at Spontaneous Finance reported recently on several papers that show such policies have failed where they have been tried. Julien concludes,

In the end, their results question the very validity of current regulatory thinking: “don’t worry about interest rates, we have a macro-prudential toolkit to deal with excesses and financial imbalances”. Well, apparently not. Their reasoning is that business and financial cycles are separate and not synchronised (see Vitor Constancio, from the ECB, here, or virtually any central banker speech over the past 3 years). In fact, those cycles look highly synchronised and very likely to simply be different sides of the same coin, as economists such as Mises, Hayek or Minsky have theorised. Implying that changes in asset and credit markets have no economic consequences and can be dealt with separately is dubious.

Investors can find additional support from the BIS 2015 annual report. As regulators flog bankers, the market has responded as it typically does, according to the BIS:

In other words, businesses are going around banks to find financing, at least if the businesses are large enough. Overzealous taming of banks has done little more than strangle small and medium size businesses by starving them of vital funding.

Only the extraordinary ignorance of the mainstream financial world about history empowers them to imagine macro-prudential regulations are a new idea. The great Austrian economist Fritz Machlup wrote a book on it in German in 1929, The Stock Market, Credit and Capital Formation, in which he talked about similar regulations in effect in the 1920s in Germany and the US. At the time, bankers worried about bubbles caused by lending for investment in the stock market. They wanted their central banks to keep interest rates artificially low so that “productive” industries would have access to cheap credit without blowing a stock market bubble.

And bankers thought that they could use the term and forms of loans along with the quality of credit, that is, macro-prudential regulations, to prevent over investment in particular industries. Machlup demonstrated that none of the above worked:

In the 1920s, economists wanted to stop stock market bubbles whereas today the Fed and ECB and Bank of Japan want to pump up the stock market to create a “wealth effect,” that is, fool people into spending because they feel wealthier. At the same time, central bankers want to make banking safer by having regulators instead of bankers choose the loans.

Basel does that by rewarding lending to governments and real estate and punishing business lending, in spite of the fact that the real estate bubble caused the banking crisis. As a result, real estate will continue to be one of the best sectors to grow wealth in the future, but by forcing so much investment into one sector, regulations make that sector far more volatile than it would be in a freer market. And investors will make money in real estate only if they invest during recessions and sell at the peak of the business cycle.