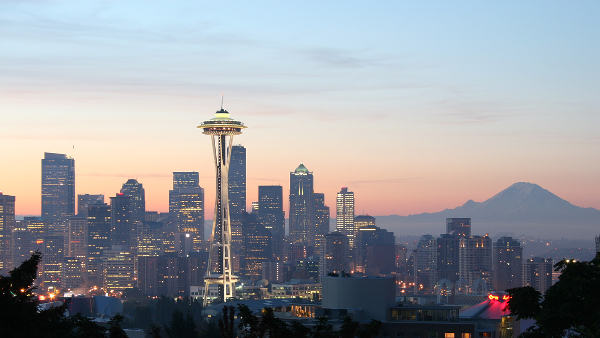 Of course, this will kill jobs. It is basic economics: you cannot pay someone $15 to produce $10 worth of value. However, this essay is not about that. Nor is it about the impact on prices.

This essay is about the impact on goodwill. I am developing a series about the concept of goodwill. America once had lots of it. It is now being dribbled down the drain, dripping away, one drop at a time. This new minimum wage hike helps.

This picture of a card helps explain. This may be just one angry dude, or it could be a big movement. I see it as another notch taken out of goodwill. 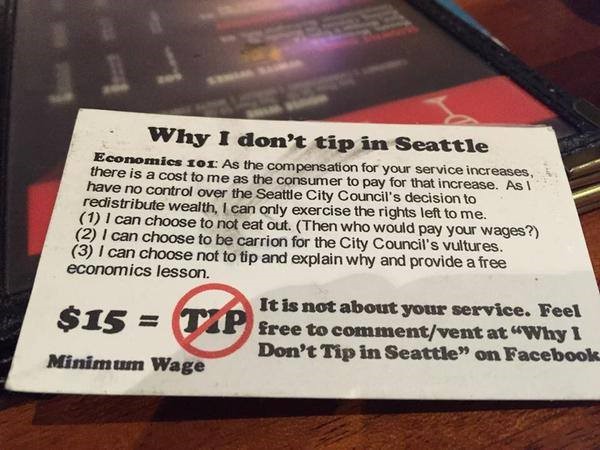 As with the cops and perps I wrote about previously, both sides have a legitimate gripe. Emotions are running high. And no one sees the merit in the other side, only in their own.

It’s the perfect toxic cocktail for killing goodwill all around.

Think on it for a moment. What cultural backdrop is necessary for a whole industry to pay near zero in wages, and workers earn the majority of their compensation from tips given voluntarily by total strangers? It is remarkable how much trust and goodwill must be there. This is not typical in the third world, and it was not typical through most of history.

Will people continue to tip, and tip generously, if they feel workers are overpaid? What if they feel that these workers lobbied the government to mandate their overly rich compensation? And suppose the patron resents that his favorite restaurants have closed, and now in any survivors, he pays a lot more than he used to.

Of course, the workers feel that they are falling farther behind, as real wages are lagging everything else in the economy. They resent their bosses for being too greedy, and they resent politicians for not setting the wage high enough. They are angry and resentful at lots of things, except the root cause: the failing dollar.

What do you get when you cross worker resentment with restaurant patron resentment?

We could be one coercive wage hike away from killing tipping in America.