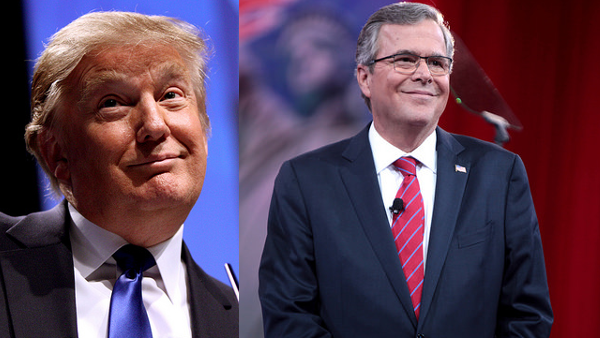 Donald Trump’s rise in presidential opinion polls has not been accompanied by a real analysis of what his candidacy means for the race as a whole. While Donald Trump is not a serious candidate for president himself, regardless of whether or not he knows it, he still has enough supporters in order for his presence in debates and on campaign trails to have an impact on the election.

According to political betting sites – websites which allow bettors to wager money on the outcome of political events – Donald Trump’s rise in recent weeks has also raised the odds of a win for Jeb Bush.

On July 6th, 2015, before Trump was present in opinion polls, political bettors were estimating that Jeb Bush had a 35% chance of winning the Republican nomination. 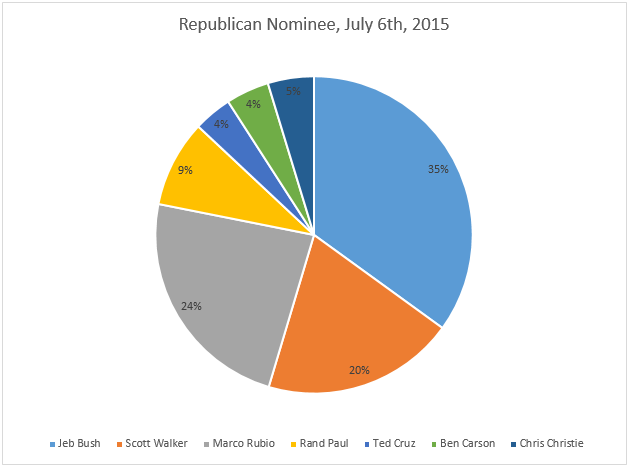 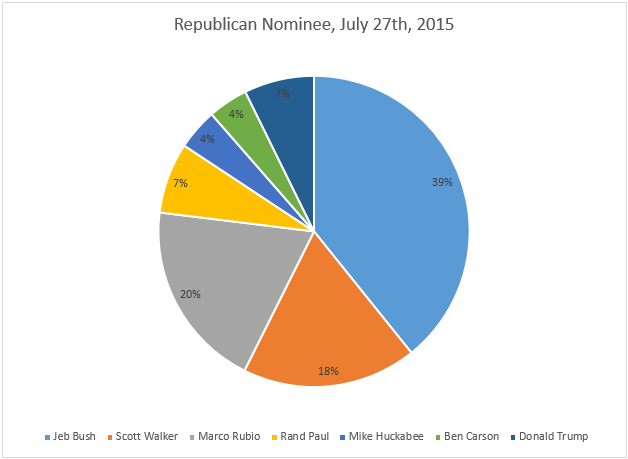 Donald Trump’s rise has coincided with a rise in the odds of a win for Jeb Bush, and a fall in the odds of wins for both Scott Walker and Marco Rubio. So why is this happening?

Trump is overshadowing the opposition candidates in the Republican party. Trump’s frequent gaffes and outlandish, attention-grabbing statements give him an almost constant presence in political media. Go to the US politics section of any major newspaper, and it won’t be long before you find an article about Trump’s latest controversy. This leaves much less room, and appetite in the public, for articles about Rand Paul, or Scott Walker, or Marco Rubio.

Jeb Bush has been less affected by this than the other candidates because he established himself as the front-runner in the party, the establishment representative, and a household name earlier on in the campaign. Everyone knew who Jeb Bush was and what position he represented in the party before Donald Trump was a candidate.

Something important to keep in mind is the nature of opinion polls early on in elections. At this stage, name recognition is more important for being the “front-runner” than positive press is. A very big part of the reason Trump is favored in opinion polls is his widespread name-recognition.

An opinion poll responder might very well say they approve of Trump simply because they know who he is. Someone such as Scott Walker might align more with the political ideology of that same responder, but if Scott Walker is unable to get mainstream attention because Trump is constantly headlining, then that voter won’t be exposed to Walker’s ideology.

This is how Trump helps Jeb, and hurts the opposition. His constant presence in political media means that unestablished candidates do not have as many opportunities to make their views known to the voting public. That means a candidate such as Jeb, who already has widespread name recognition and a clear, established ideology is in a much better position to grab the nomination.