Official Odds of a Trump Win 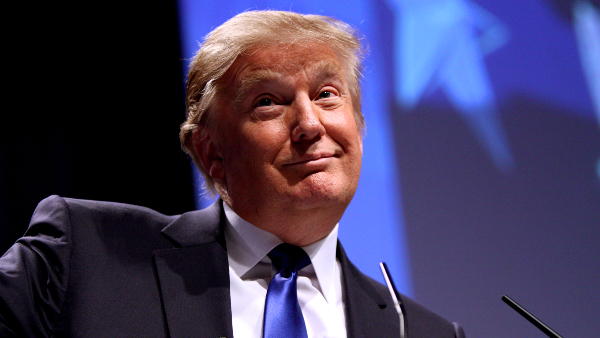 The political news that dominated the past two weeks was the rise of Donald Trump. A month ago, Donald Trump was barely present in opinion polls; today, his approval ratings double those of the runner-up, Jeb Bush. Even after the offensive comment he made about how John McCain was not a war hero, because he was a prisoner of war, Donald Trump is being labeled the Republican front runner by the media. But does he actually stand a chance of winning the nomination?

According to political bettors, his odds are extremely slim. As of Tuesday, July 21st, the political betting sites were showing a 5% probability that Donald Trump wins the Republican nomination. 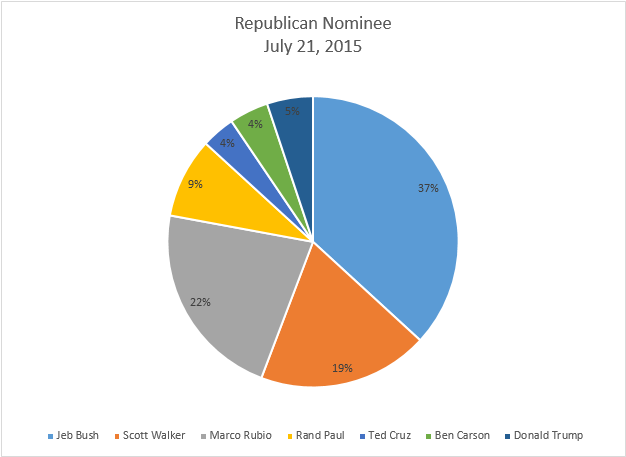 Political betting sites allow bettors to bet on the outcome of political events, at certain odds. The odds at which these bets can be wagered on are market driven, meaning they go up or down based on bettors buying them. We then convert these odds into a probability in percentage terms, to determine what probability bettors are placing on political events. 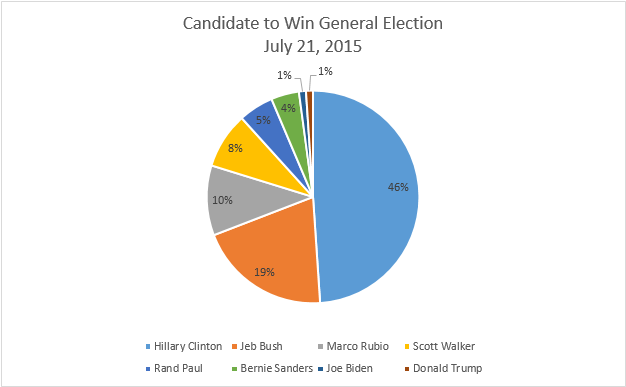 Trump’s chances of winning the General Election are predictably low; less than 1%, whereas Jeb Bush has a 19% chance.

Trump’s rise is probably good for Jeb in the long run: Trump is setting himself up as the main opposition to Jeb’s moderate, establishment ideology. Since Trump is nowhere close to a serious candidate, and frequently embarrasses himself, Republican voters who previously might have been tempted to vote for a non-establishment candidate will be dismayed by his conduct, and turn more towards Jeb.

Despite Trump’s accelerated rise in opinion polls this past week, and political pundits labeling him the Republican front-runner, the consensus from political bettors is that he is not a viable candidate for either the Republican nomination, or the presidency.