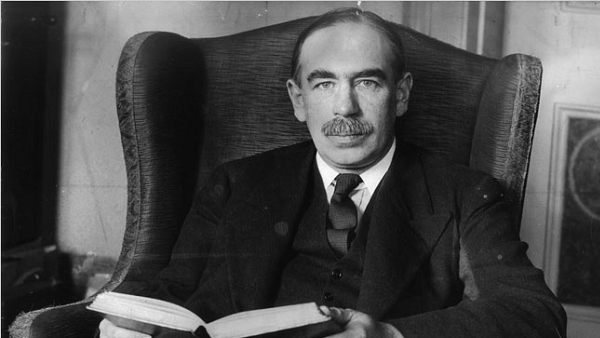 “[I]t is the economist’s task so to understand the deeper determinants of economic conjunctures and affairs that his policy prescriptions can be intelligently and properly shaped toward their proper ordering, or where it is considered necessary, their correction and resolution. This should be done in such a way as to accord with the demands of both those deeper causal complexes now perceived in the light of God’s Word and purpose, and the requirements and basic desiderata of economic thought and administration. … [W]e have no confidence that if left to itself a complex economic system will automatically equilibrate at a condition of high employment, generalized prosperity, and maximum economic welfare.”[1]

In the midst of the Chinese stock market crash is evidence of failed economics. It is the economic theories of John Maynard Keynes. And while they might be irrational and improbable, they are still the economics that influence government action around the world. High on the list is the ‘great unmentionable’ – price theory

The essence of Keynes’s debauched economics is the idea that people who save their money (i.e. hoarders) are the cause of the economic problem, defined by Keynes as a shortage of purchasing power. The solution? If the people won’t spend, then the government will simply spend on their behalf. But where will the government get the money from to spend.

Ask not, and you’ll be told no lies.

But… There, in the midst of the Chinese market, the government is claiming that people who don’t spend (i.e. buyers) are the cause of the market problems. So they come up with the silly idea to ban or limit selling but encourage buying. Keynesianism applied – even if it is not named.

Never mind that an estimated 90 million Chinese suddenly took to the stock markets on margin lending, driving up prices in the past few years. And even though the market fell 30%, it did not wipe out the gains of the past few months.

The problem is buyers have withdrawn from the market. Probably for the same reason, which Keynes never understood, that hoarders withdraw from the market because that is their current valid economic decision. Now of course, Keynes is referencing consumption, not investment. So hoarding (i.e. saving, or not spending on consumption goods) is not a beneficial economic activity for the market.

Thus, people don’t spend on consumption, and suddenly there is a shortage of purchasing power.

Now it might be argued that there is no manipulation of actual stock prices in China in the current confusion. But there are restrictions on who may buy or sell. If you’re a director of a public company, or own more than 5% of stock in a particular company, you may not sell your stocks in those companies without approval.

Such a solution as price theory, however, eliminates the need for government interference in the market. The best the Chinese government could do is nothing and let buyers and sellers negotiate. And that is only partially what has been happening on the Chinese stock markets, with the result that overpriced stocks have come down, wiping out millions of small Chinese investors who, in the run up to the crash, invested all their cash, borrowed more, gave up their jobs to live on easy street.

There are no free lunches – not even in the Chinese stock exchanges – as the sudden drop in prices indicates. And the ‘great unmentionable’ – flexible prices –is again ignored in favor of market manipulation as the mechanism for restoring a sound economy.