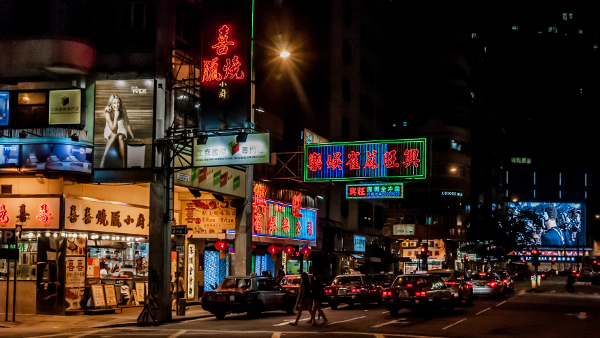 Doing business in Hong Kong is always enjoyable, partly because of Cantonese food. Recently, I sat across the dim sum table from Faye, a Hong-Kong immigration agent with an impeccable British accent. Faye, looking for client referrals, explained her business with ease. She hosts “tour Hong Kong free and discover investor-immigration schemes” luxury weekends for pre-screened wealthy Chinese families. While the wives and kids are happily away at Hong Kong’s Disneyland or high-end boutiques, Faye shares information over lunch with these rich Chinese businessmen. She then offers a private evaluation of their assets and guides them through the complicated maze of investor-immigration options available. In short, Faye’s firm provides personal concierge services to handle legal, educational, and financial issues that arise from migration.

There are many investor-immigration options and many of these have been in place for a long time from developed nations. For £1.5 million investment in government bonds, the U.K. will issue a 5-year permanent resident visa. The USA offers a 2-year residency visa to those who invest $500,000 to a qualified business that creates at least 10 jobs. $4.6 million USD is the price tag for Australia’s permanent residency. There are also housing-investment-for-visa options to attract Chinese investors who prefer real estate ownership. Portugal, Greece, Cyprus and Spain all offer renewable resident visas to foreigners who spend at least €250,000 to €500,000 on real estate.

Faye’s firm enjoys two major advantages against other mainland competitors: 1) exclusive reputation as she helped many Hong Kong elites to migrate way ahead of 1997, and 2) her company’s expertise in handling complex international investments that allows her clients to move money out of China. “This is like the reverse Gold-Rush”, says Faye, “Before, people went to California to find gold. Now, rich Chinese people all want a Plan B so they can leave China with their gold.”

I ponder on the “Plan B with reverse Gold-Rush” psychology of these high net worth individuals. It is a sizable group of people. The 2015 China Private Wealth Report, just released by Bain & Co. and China Merchants Bank, noted that there are now 1.04 million Chinese with investable assets of more than 10 million yuan (1.6 million USD). That is twice the number recorded in 2010. They are Faye’s primary client demographic. With their purchasing power, most of them already enjoy a luxury lifestyle in China that could be comparable to their migration host countries. So, beyond a simple “better quality of life” answer, what is really motivating these individuals to hold two passports and have a plan B for their wealth?

The answer lies in the sinister nickname of these “super rich lists” given by the Chinese general public: “Kill List of Fat Pigs”. The perception is that once people are rich enough to get on a well-known list, they are more likely to face corruption charges. Data seems to support this opinion. A 2012 study titled “The Price of Being a Billionaire in China”, three Chinese researchers state that the percentage of tycoons that are investigated, arrested, or charged stands at 7% for unlisted verses 17% on the Hurun Listing, another cataloging list of China’s rich. Real or fictitious criminal accusations, coupled with tricky political undercurrent, lack of independencies of the judicial process means death knells for these now infamous businessmen.

With these “Fat Pig Killings” occurring on a quarterly basis since Chairmen Xi took office, propagated by the media and fueled by the anti-corruption public sentiment, Faye hardly has to spend any money on marketing. Investor-immigration with reverse gold-rush seems to be the one of the few options left for Chinese super rich either as a self-defense move for the innocent or a pre-planned escape hatch for the guilty.