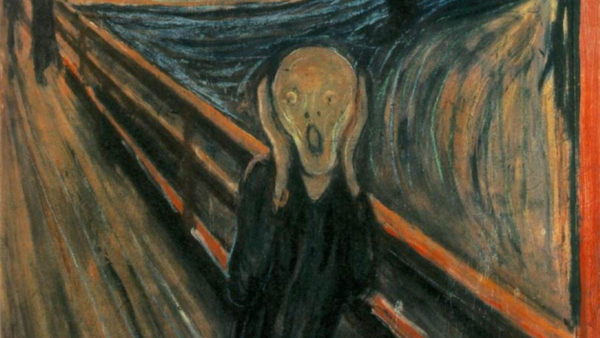 All is not well with the economy in spite of rising home prices and soaring car sales. The disturbing news comes from money. Losing velocity with money is like losing altitude while flying. It can be hazardous to your health.

Economically, the velocity of money reflects how quickly people spend a new dollar once they get it. Technically, it’s the GDP growth that a rise in the money supply can’t explain. The general idea holds that if people are well off and feeling confident they will spend new dollars quickly and each dollar will change hands many times before the end of the year.

Here is an amusing tale about money velocity that I got from the Adam Smith Institute:

It is the month of August, on the shores of the Black Sea. It is raining and the little town looks totally deserted. It is tough times, everybody is in debt and everybody lives on credit.

A rich tourist comes to town. He enters the only hotel, lays a 100 Euro note on the reception counter and goes to inspect the rooms upstairs in order to pick one.

At that moment, the rich tourist comes down after inspecting the rooms and takes his 100 Euro note, after saying that he did not like any of the rooms and leaves town. No one earned anything. However, the whole town is now without debt and looks to the future with a lot of optimism.

Velocity in the little town picked up quickly when the stranger showed up. But velocity in the US dollar has plummeted to record low levels as this graph from FRED shows. 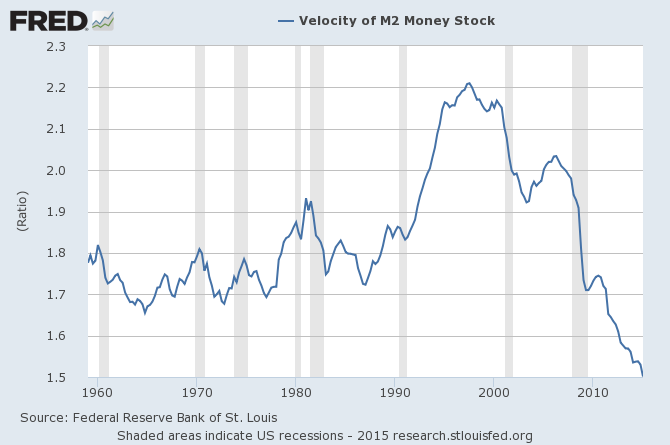 Here is a graph of the year-over-year change in the M2 money supply. 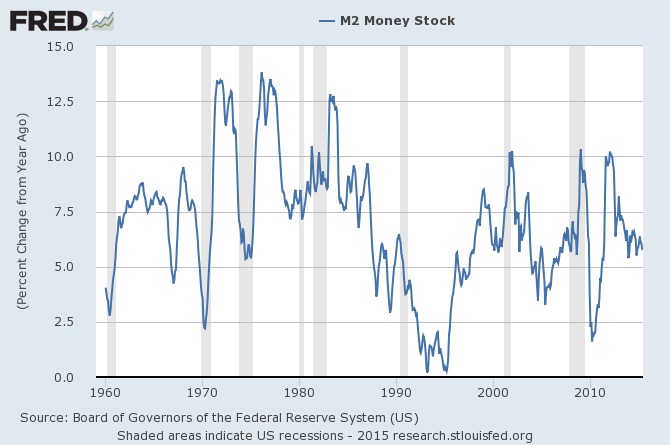 The Fed is trying to goose inflation at the same time that velocity and money growth have taken a nose dive. The overly simplistic equation of exchange, MV=PQ, states that increases in money (M) or the velocity of money (V) will cause prices (P) to rise in the short run because output (Q) is fixed. Of course adjustments take time and the equation doesn’t include time. So what is happening when MV is declining while P is rising? Limited to just the equation, production (Q) must be falling.

Part of the reason for the collapsing velocity and slow growth in M2 is that the private sector is paying down debt at record rates. Just as new lending increases the money supply, so paying back debt shrinks it. Another cause of both are the crushing new Dodd-Frank and Basel financial regulations that are forcing large banks to shrink and to hold more cash.

New loans and swelling money supply has been the chief fuel of rocketing profit rates and a stock market flying in the stratosphere. But the fuel is running out