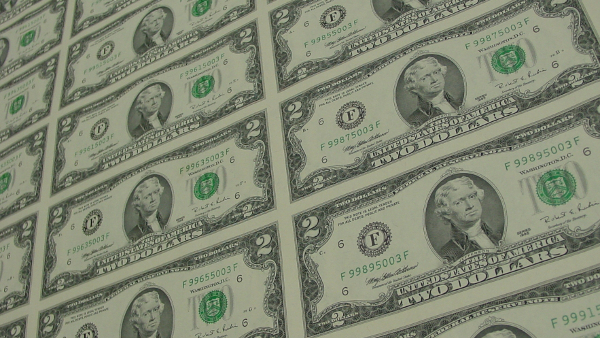 Hyperinflation is commonly defined as rapidly rising prices which get out of control. For example, the Wikipedia entry begins, “In economics, hyperinflation occurs when a country experiences very high and usually accelerating rates of inflation, rapidly eroding the real value of the local currency…” Let’s restate this in terms of purchasing power. In hyperinflation, the purchasing power of the currency collapses. Before the onset, suppose one collapsar buys ten loaves of bread. Soon, it buys only one loaf. Shortly thereafter, it buys only one slice. Next, it can only purchase a saltine cracker. Pretty soon the collapsar won’t buy any bread at all. Stick a fork in it, it’s done.

Many critics of the Federal Reserve, the European Central bank, and others have predicted that this end is coming soon. They have been frustrated as prices are clearly not skyrocketing. For example, the price of crude oil was cut almost in half (so far). There’s little to see if one looks at the purchasing power of the dollar, euro, Swiss franc, etc. Purchasing power, as conventionally understood, is doing just fine.

Fed apologists are happily cooing about this. Last month, Nobel Prize winning economist Paul Krugman said, “This is actually wonderful.” Last year, he was gloating, comparing people who predict runaway inflation to “true believers whose faith in a predicted apocalypse persists even after it fails to materialize.”

And yet, all is not well in the realm of the central banks. Krugman may be right about prices, but nothing is wonderful. The economic downturn, which began in 2008, has been so bad that central banks persist in their unprecedented monetary policies. So if purchasing power isn’t collapsing, where can one find evidence of the problem?

Yield Purchasing Power (YPP) shows how much you can buy, not with a dollar of cash, but with the earnings on a dollar of productive capital. No one wants to spend their life savings or inheritance. People are happy to spend their income, but not their savings.

To come back to the analogy of the family farm, people should think in terms of how much food it can grow, not how much food they can buy by selling the farm. The tractor is good for producing food, not to be exchanged for it. Why, then, do people think of the purchasing power of their life savings, in terms of its liquidation value?

If they want to live long and prosper, they should think of their yield purchasing power. Their hard-earned assets should provide income. And it is here, that hyperinflation has set in.

The collapse in YPP suggests an analogy to hyperinflation. Look at how much capital you need to support a middle class lifestyle. Measured in dollars, the dollar price of this capital is skyrocketing.

This skyrocketing price of capital has the same effect as hyperinflation: it undermines savings and causes people to eat themselves out of house and home.

What does this mean for anyone with less than what they need to support themselves—$100M and rising? They must liquidate their capital, and live by consuming their savings. It’s terrifying to anyone in that position—which means anyone in the middle class.

This problem is not well understood, because it masquerades as rising asset prices. The first tractor to go to the block fetched $1,000. The second went for $2,000. The farmland may fetch a few million. Everyone loves rising asset prices, and so in their greed and euphoria they miss the point.

This article is from Keith Weiner’s weekly column, called The Gold Standard, at the Swiss National Bank and Swiss Franc Blog SNBCHF.com.