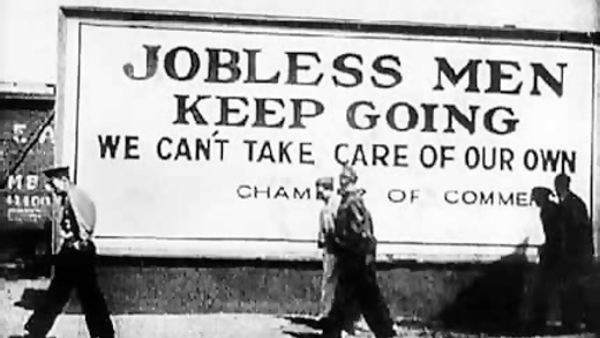 In past articles I have reviewed sound models signaling the Fed’s money printing has made the economic expansion unsustainable. Those included Spitznagel’s Misesian Index, Shiller’s Cyclically Adjusted Price Earnings (CAPE) ratio, and others. I just discovered a new one, the ratio of asset prices to income.

I found the ratio in a report on inequality of wealth in the world published by the Credit Suisse Research Institute. Referring to the ratio, the report says on page six:

…the ratio is now at a recent record high level of 6.5, matched previously only during the Great Depression. This is a worrying signal given that abnormally high wealth income ratios have always signaled recession in the past.

The graph below shows the ratio for the past century. The wealth to income ratio fits well with the Austrian Business-Cycle theory. Asset prices tend to increase faster than consumer prices during a money-induced expansion because the wealthy borrow most of the newly issued money at low rates and invest it in assets such as real estate, stocks and bonds before prices rise. In turn, that spurs investment in the capital goods industries. 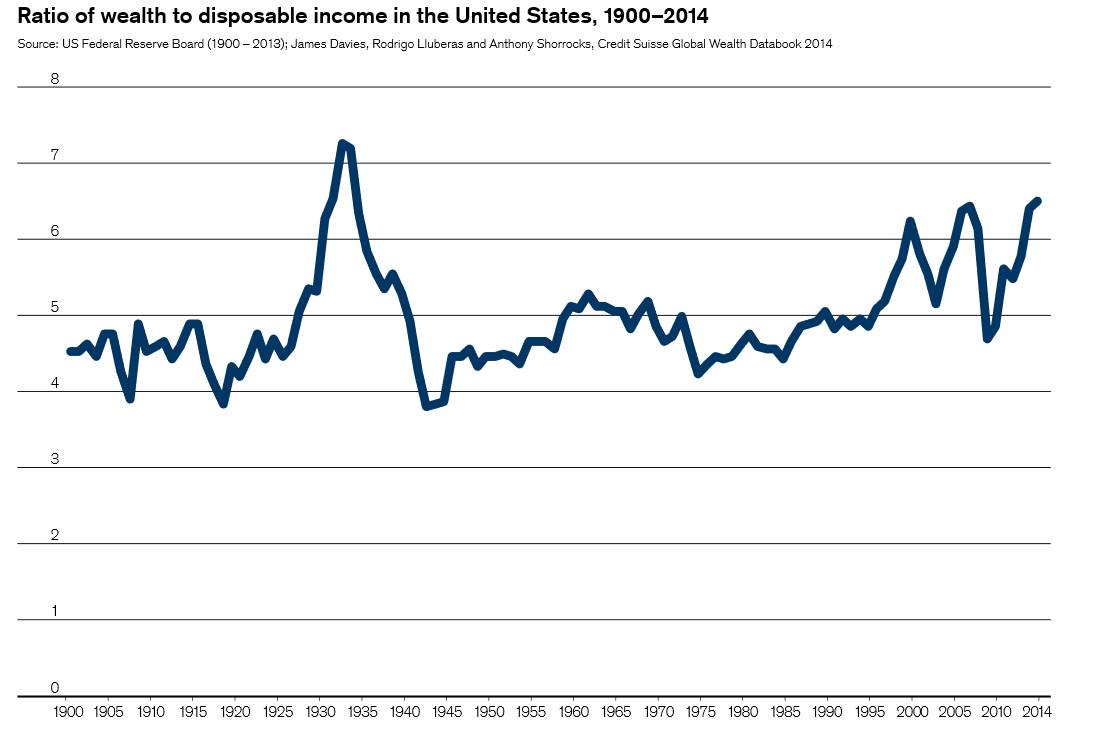 The ratio reaching its peak doesn’t cause a recession. It just signals that the investment of the new Fed-created money has again caused a shortage of goods that the capital and consumer goods/services industries compete for. That shortage initiates the turning point toward the next recession.

Related to the capital to income ratio is the subject of inequality because, as Emmanuel Saez wrote “Striking it Richer: The Evolution of Top Incomes in the United States,” much of that inequality comes from rising asset prices:

The top percentile share declined during WWI, recovered during the 1920s boom, and declined again during the great depression and WWII. This very specific timing, together with the fact that very high incomes account for a disproportionate share of the total decline in inequality, strongly suggests that the shocks incurred by capital owners during 1914 to 1945 (depression and wars) played a key role. Indeed, from 1913 and up to the 1970s, very top incomes were mostly composed of capital income (mostly dividend income) and to a smaller extent business income, the wage income share being very modest. Therefore, the large decline of top incomes observed during the 1914-1960 period is predominantly a capital income phenomenon.

Saez presents graphs of the rise and fall of the percent of total income enjoyed by nation’s richest people. Comparing the graph of asset prices/income ratio with Saez’s graphs the reader should see a strong correlation. When the Fed expands the money supply, asset prices rise and the share of income earned by the wealthiest rises dramatically. Saez laments the sharp rise in the portion of total income going to the wealthy since 1970, but it’s no coincidence that Nixon took the US off the gold standard in 1971 and the Fed has held to a high inflation policy since then.