Why Social Justice is a Contradiction 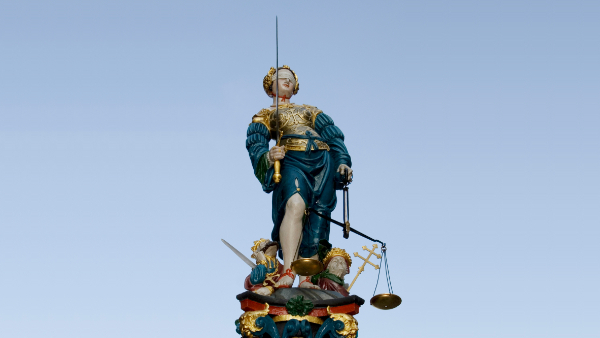 Speaking on the occasion of the creation of the San Gabriel Mountains National Monument in California recently, President Obama declared it to be “an issue of social justice.” Well, this was certainly giving a new stretch to an old term. In what way could the creation of a National Monument be considered to be an act of social justice? It certainly could not be just to the owners of the properties there who will no longer be able to use their property as they saw fit. For them, it will be an act of injustice, a taking of their previous right to property and the free enjoyment of it. For these people, an act of injustice has occurred. So, how can “social justice” trump “individual justice”? Or, is that not even possible?

But, on a group level, social justice becomes impossible. Has everyone in the group been equally culpable or, worthy? Not likely. Is everyone not in the group equally guilty or not? Of course not. Hence, by its very nature, every act of ‘social justice’ MUST result in injustices for certain persons. Consequently, since socially just acts are, in their very nature, unjust, there is, in reality, no such thing as social justice.

Most people visualize justice as being blind. Think of Lady Justice holding a sword in one hand and scales in the other. She is often depicted blindfolded so as not to be prejudiced by “who” someone is, so she can judge justly according only to ones deeds and not according to one’s position, status or any other attribute. But, since social justice implies justice for a group it automatically means removing the blinds from Lady Justice. Now, she must see if one belongs to the defined group or not. Depending on “who” she sees, not what that person has or has not done, justice is then meted out. Social justice thus cannot result in blind justice which we inherently think is fair.

We see the fallacious concept of social justice used all the time to create classes of people based on race, gender even grouping people by whether or not they have committed specific unmentionable sexual deeds. If you are in the created class you receive special treatment or remuneration based on some perceived wrong that has been ‘committed’ against the class. The excluded class (the rest of us) must pay the price of justice to the victimized class. This might entail paying monies to right the wrong or, the granting of privileges such as preferential hiring for jobs, preferential entry for university admissions, preferential judicial privileges for suing others, etc. None of these advantages are available to the rest of society outside of the class. By not treating individuals as individuals but by placing them in assigned classes and treating the classes equally rather than the individuals equally there are necessary gross injustices created in both punishing the innocent and rewarding the guilty.

This forcing one class of people to pay the price for a perceived wrong done to another class then is prima facie unjust. Every member of the protected class has not been harmed. In many cases classes are formed based on supposed damages to the classes’ ancestors. This results in extending the past injustices into the future as innocents are made to pay the price for crimes committed by others even before the blameless people who are ‘righting’ the wrong were even born! This is flagrantly unjust.

Why then do terms like social justice gain wide credence and get used to justify inherently unjust actions? There probably are two main reasons why this happens. First, our governors don’t have the patience to do true justice even though that is their job. Were they to pass righteous judgment on each and every act it would be too messy and time-consuming for ambitious officials intent on improving the world. It is much quicker to advocate for social justice and be done with it in one fell swoop.

Second, our political crusaders want to accomplish social goals that would never pass muster with the citizenry openly, so they must cloak their sinister programs under the guise of social justice or other grand-sounding schemes in order to re-distribute resources and privileges to their chosen and favorite clients.

When it comes to justice, the consequence of thinking ‘socially’ rather than ‘individually’ results in spreading guilt to everyone rather than just the perpetuators of the wrong. Hence all now suffocate under a shadowy cloud of collective guilt and are cowered into not saying anything with a ring of a moral tone to it because no one is worthy to make a judgment – all are as guilty as whoever would be condemned. This is what we now call ‘tolerance’ (except for Christians). Christians are not tolerated because they refuse to think ‘socially’ and are adamant that people be treated as individuals and not collectively. Christianity holds open the door of redemption for individuals. Christ does not save a group, he saves one person at a time. An individual can repent, be saved, take on the mind of Christ and be cleaned up. But there is no system for collective redemption. The collective on-going guilt of those buying into ‘social justice’ results in a never ending gloominess of heart that cannot be assuaged.

By spreading the guilt and responsibility to everybody, the truth of mans’ sinfulness is acknowledged, the fact of a moral universe is affirmed, but the possibility of Christian salvation is denied. A virtual hell on earth is created, the perfect playground for our self-anointed elite to be offering up a never ending menu of potential fixes for what ails us but which can never be cured.