Clinton, Obama, Sanders’ Plans to Pump Up the College Bubble 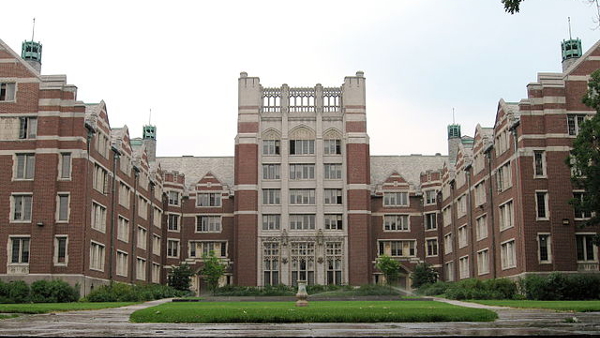 In a speech in Buffalo, President Obama declared his intention to bring down rising college tuition costs. Hillary Clinton has mimicked that meme often of late. So has socialist Bernie Sanders.

Their speeches makes plain three things:  (1) They think rising tuition is caused by colleges; (2) They think government is the solution to the problem, not one of its chief causes; and (3) They think they know how much tuition all colleges and universities ought to charge and, therefore, which ones are charging too much;

They are triply wrong:

Did I mention that a larger student body requires bigger libraries, more books, and more librarians?

What money colleges cannot get from donors to cover these crushing new expenses caused by government, they must get from students.

Of course, government intervention and the rising costs it entails are not limited to the demands of expanding enrollment.  Government intervention also includes government regulations that tell colleges and universities whom to hire, whom to enroll, and what to teach.  If colleges do not comply, federal funds are cut off.  To avoid that cut off, institutions of higher learning must hire whole departments full of educational bureaucrats to implement, to assess, and to enforce government mandates.  Those departments of compliance must be created, housed, and supplied.  The bureaucrats who administer them require salaries, retirement funds, insurance, and vacations, as well as expensive, well-equipped and air-conditioned office buildings in which to do their work and lots in which to park their cars.  If colleges opt out of hiring and providing for large teams of bureaucratic overlords to manage the rigors of government compliance, they run the risk of falling afoul of the law, in which case they invite not only the loss of government funds but also possible lawsuits, the costs of which are rising along with everything else.

The heavy expense associated with meeting the needs of more and more students — and the heavy cost of government mandates on colleges and universities — can exceed many millions of dollars per campus, depending upon the size of the school.  Consequently, the aggregate costs to colleges and universities nationwide are perhaps incalculable.  In order to meet the rapidly expanding financial burdens that government intervention places upon them, colleges must raise tuition, sometimes dramatically. When they do, the governmentphiles mentioned above decide to persecute them.

In other words, government itself has done things that drive college costs into the stratosphere.  And now that it has, Obama, Clinton, and Sanders want to punish colleges for the soaring prices they and their ilk foisted onto the colleges.

Please note: I am not saying that by opening up access to college for millions of service men and women via the GI bill that the government did wrong.  That is not my point. I am saying that by doing so it has cost colleges and universities enormous amounts of money, which they must acquire by some means, including higher tuition.

(2) Expensive as those forms of government intervention are for colleges, they are not alone, and they are perhaps not the worst.  By printing many billions of dollars in fiat money every month, and thereby shrinking the value of every American dollar on the planet as a result, the government makes it necessary for colleges and universities to charge ever greater amounts of money for the services they provide just to break even.  Because it takes more government-shrunken dollars to buy what the old dollars used to buy, more dollars are needed.  Even if all colleges and universities decided against raising tuition in order to cover the costs involved in servicing more and more students, and meeting more and more government requirements, the government’s monetarist chicanery still drives up prices dramatically over time.

(3) Finally, I cannot imagine upon what possible basis the three statist musketeers named above think they can calculate how much tuition every college and university in America ought to be charging, or how much that tuition ought to go up each year.  But if they plan to punish colleges whose tuition rises too quickly or too much, then know it they must. But know it they do not. No one does.

If students do not pay for the higher cost of a college education, then who does? The taxpayer. You.

Even though the Democrats who pose and preen on this issue call it making college tuition free, it is not free. The costs do not simply disappear. They do not go away. College will never be free. Those costs get passed off onto someone else.

Rather than letting those who benefit most directly from a college education pay for it, this pro-government triumvirate has decided that others must pay for it instead. Even if you decided to forego college because you had other and better options, and even if you decided not to pay tuition for yourself, you have to pay it anyway. Your choices do not count. The leftist gurus have decided for you. You pay. Those super-statists who pretend to know better about your life and money than you do have decided. You must comply. You must pay. They know better than you do about your life and your finances. They know that you, the taxpayer, ought to pay for college tuition, not those actually going to college.

I am continually amazed at how much community organizers and other leftists know, or think they do.