How to Cope When You Don’t Have Customers 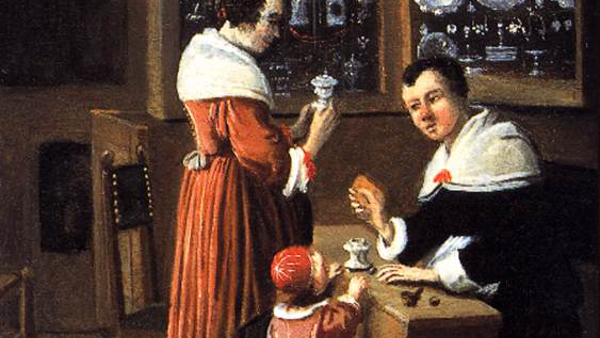 Interior of a Dutch Shop Selling Gold and Silver (circa 1660)

“We are given no signs from God; no prophets are left, and none of us knows how long this will be”

One time I was in a tough place financially, and the phone rang for someone to schedule me to consult for them three months later. I was discouraged before the phone rang and was greatly encouraged after the call. Then I thought, “Hey, there won’t be any money from that call for three months. Why do I feel so much better?” Then I reasoned, “If I could feel so much better after the call, how can I feel that way before the call?” When you are in a tough season, the toughest part can be not knowing how long the season will last. Therefore, it is important to encourage yourself today by thinking, “I am just a phone call, unexpected event, chance meeting, sales call, test score, or doctor’s visit away from my “breakthrough” and then to live and behave like that breakthrough has already taken place. David did this before he went into a battle to recover his loved ones: “But David encouraged himself in the Lord his God” (1 Samuel 30:6b KJV). Do you need to encourage yourself today rather than wait for others to do it? Can you encourage yourself with the thought that you are only one something away from victory, while not knowing when that one something will occur?