Managers Who Know the Numbers, But Not the Product, Don’t Know Anything 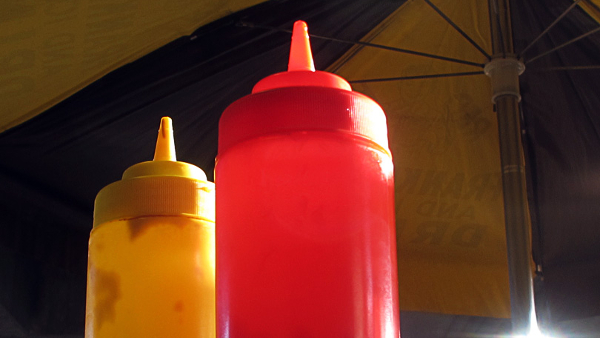 So things aren’t working out so well for vaunted 3G Capital – the darling of the investment world who bought Budweiser, Heinz, Burger King and more and went through them with loads of largely insignificant cost reduction edicts. Demanding that both sides of copy paper be used and having executives share hotel rooms when traveling were not really about increasing profits to the degree that they could be noticed on the bottom line as they were to drive a new culture – the message that there’s a new sheriff in town and war had been declared on all spending.

The problem is that, like just about all of the darlings of Wall Street, 3G is led by people who know numbers and analytics inside and out, but right next to nothing about beer, ketchup and hamburgers.  How hard can it be to sell Budweiser beer and Heinz ketchup?  These brands are so iconic they have practically become synonymous with the product; yet 3G has managed to find it nigh unto impossible.

Read about their woes here in an article from this morning’s Wall Street Journal.

The absurd case in point was reducing the cost of Budweiser products by watering them down.  The folks who run things by the numbers can’t see the difference between cutting the cost of the product versus cutting the cost of management – costs are costs to them and usually the product costs are the big ones so they are the easiest targets for the numbers people – value adding labor, core components like the hops in the beer.  So we get rampant outsourcing to the cheapest places, the cheapest people and the cheapest suppliers that can be found.  And we get watered down beer and ketchup that is no longer discernible from the store brands

What they miss is the customer focus.  Customers don’t care about costs; and they certainly don’t care about the profits a producer might make.  They care about one thing and one thing only – the value they receive for the price they are asked to pay.  Marketing and advertising, big data, and massive ERP systems, headquarters staffs, and in the case of 3G, their hordes of cost cutting ‘experts’ do not add value in the eyes of customers and they will not pay premium prices when those prices are set to cover the cost of such waste.  They will only pay premium prices for better tasting, better quality beer and ketchup.  And the inverse is equally true – water down the beer, shrink the amount of ketchup in the bottle or use lower quality tomatoes and people will demand lower prices… or as 3G seems to struggle to understand, they will buy from someone else who offers a better value for the money.

The folks at 3G would most likely disagree, and assert that they do understand value and talk about it often.  But when you listen to the folks at the professionally managed companies you hear a completely different story – one that sees value in marketing, advertising and brand management; that sees ERP and headquarters staffers as value adding.  It is the difference between defining value through the eyes of customers and defining it through the eyes of investors.  This is at the very core of what it means to be customer focused … or not.  True customer focus is re-enforced by accounting practices that define value through their eyes.  Absent the accounting data, however, claims to customer focus are just much lofty, but empty, talk.

Bill Waddell has earned a reputation for defining the leading edge of Lean Manufacturing. With over thirty years of manufacturing experience, Bill is a global supply chain expert and one of the original Lean Accounting “Thought Leaders”. As a speaker, Bill has addressed various Professional, Academic, and Military groups on five continents and has taught in virtually every leading manufacturing forum in the United States. Bill is the author of such books as Rebirth of American Industry, Simple Excellence, and his newest publication: The Heart and Soul of Lean Manufacturing.