Procrastination: Read About it Now, Not Later 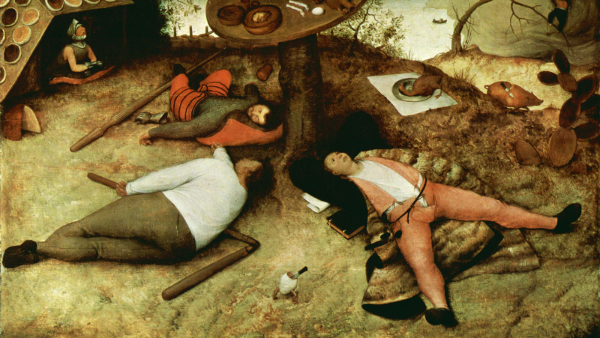 The Land of Cockaigne
(Painted by Pieter Brueghel the Elder) (1567)

“A thousand years in your sight are like a day that has just gone by, or like a watch in the night”

This verse should cause you to think of its equivalent in the New Testament:

If you do the math, if a day is like 1,000 years, then an hour is like 46 years and a minute is like nine months with the Lord. Therefore, if the Lord promises to be there in just a minute, you know His concept of time may not be like yours! Yet, the opposite is also true: nine months in the Lord can go by as quickly as a minute. The thing you have been putting off, dare I say procrastinating with, because you thought it was going to take too long, can happen much more quickly than you thought, if you learn how to have faith for time. What is real cause of your procrastination? Is it really lack of time, or are you using that as a cover-up excuse? What project have you been putting off because you assumed you did not have the time? What more could you do, not if you got more organized, but if you began to put off fear that you have so little time and believed you had all the time in the world?