The Forging of the Colonial Pulpits 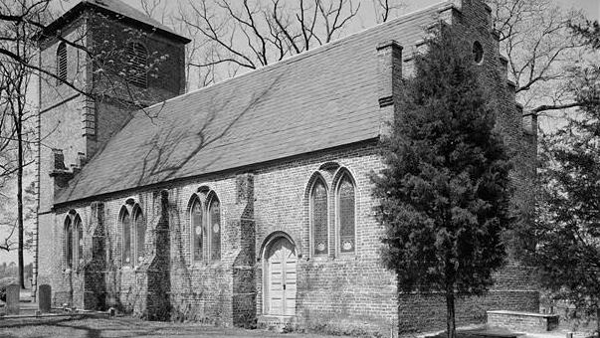 Duke University historian, Alice Baldwin, in her extensive 1928 study of the Colonial pulpit states unreservedly, “No one can fully understand the American Revolution and the American constitutional system without a realization of the long history and religious associations which lie behind these words [life, liberty and property]; without realizing that for a hundred years before the Revolution men were taught that these rights were protected by divine, inviolable law.”[1] Not only were our Forefathers forged by the Colonial pulpits, our Founding Fathers, the hundreds of men holding positions in the Colonial legislations, were forged from the pulpits as well. By Scriptural fire was our Union forged. “Let the pulpits resound with the doctrines and sentiments of religious liberty,” proclaims John Adams in 1765, “Let us hear the dangers of thralldom to our conscience from ignorance, extreme poverty, and dependence, in short, from civil and political slavery.”[2]

This station of the people serving as God’s proxies in civil government obligates them to serve the people by being obedient to God and His truth, justice, and righteousness. Serving the people in only this manner is serving God and an obligation to God’s Laws – thus the oath of office. In 1742 Reverend Nathaniel Appleton of Massachusetts clearly spelled out this obligation of civil service.

“If [those serving in civil government] do not have a principle of righteousness and holiness ruling in their hearts, they will deviate from the rule and neglect the pattern – even though it is of God Himself. But a habit of righteousness, a principle of true justice and goodness, will help them not only to understand the rules of justice in the Word of God, and to see the wisdom and justice of the divine conduct.”[3]

In 1644 Samuel Rutherford’s thesis in his prolific writing, Lex Rex, rejected the divine right of kings and established the proposition based on Scripture that kings are placed in power by God but only through the consent of people, and the incoming king must affirm an oath to validate his obedience to God and to serve the people. Rutherford writes, “No man is born a king, as no man is born a subject; and because the people maketh him king, therefore he is to swear [an oath]…An oath is a religious obligation.”[4] In this statement Reverend Rutherford implies: men are not subjects, therefore they are citizens; no man has a right to be king, only appointed to a position of power by the citizens (that is, at the consent of the governed); and that the appointed king must take an oath, a covenant, to serve God by justly serving His people. “We hold that the covenant is made betwixt the king and the people,” wrote Rutherford, “betwixt mortal men; but they both bind themselves before God to each other.” Rutherford continues, “But, certainly, whoever maketh a covenant with the people, promising to govern them according to God’s word, and upon that condition and these terms.” [5]

Nearly a century later, in 1742 in Massachusetts, Pastor Nathaniel Appleton would repeat the same proclamation of how civil servants must obey the Word of God and His Law when serving in government. Appleton states that

“for the foundation upon which moral duties are put and the principles from which the obedience must flow. He will go into no polices but those warranted by the Word of God. He will take his measures of government from the divine methods and not from the manners of the world. He will follow the way of mankind no further than he sees them following the divine pattern.”[6]

Pastor Appleton continues by acknowledging Divine Law, which was commonly referenced during the period in meaning God’s Law or Scripture, in contrasting following contemporary or worldly views, stating,

“When rulers despise the divine Law, when they have no principle of justice, truth, or mercy to govern them, but are governed by worldly maxims, by private interests and selfish views, what can be expected for such a people but ruin and misery?”[7]

[3] Nathaniel Appleton, 1742, “The Great Blessing of Good Rulers Depends upon God’s Giving His Judgement and His Righteousness to Them,” taken from Joel McDurmon, 2015, God’s Law and Government in America, (Powder Springs, GA: American Vision, Inc.), pp. 58-59.

[4] Rev. Samuel Rutherford, 2014 (originally published in 1644), Lex, Rex: The Just Prerogative of King and People, “Question XL: Whether or No the People have any Power over the King, either by his Oath, Covenant, or any other way.” (Lexington, KY; Edinburgh, Scotland: Robert Ogle and Oliver & Boyd), p. 201.

[5] Rev. Samuel Rutherford, 2014 (originally published in 1644), Lex, Rex: The Just Prerogative of King and People, “Question XIV: Whether or No the People make a Person their King conditionally, or absolutely; and whether there be such a thing as a Covenant Tying the King no less than his Subjects,” (Lexington, KY; Edinburgh, Scotland: Robert Ogle and Oliver & Boyd), p. 56 & 57. For a further discussion see Gary T. Amos, 1989, Defending the Declaration: How the Bible and Christianity Influenced the Writing of the Declaration of Independence, (Brentwood, TN: Wolgermuth & Hyatt, Publishers, Inc.), pp. 141-142.

[6] Nathaniel Appleton, 1742, “The Great Blessing of Good Rulers Depends upon God’s Giving His Judgement and His Righteousness to Them,” taken from Joel McDurmon, 2015, God’s Law and Government in America, (Powder Springs, GA: American Vision, Inc.), p. 61.

[7] Nathaniel Appleton, 1742, “The Great Blessing of Good Rulers Depends upon God’s Giving His Judgement and His Righteousness to Them,” taken from Joel McDurmon, 2015, God’s Law and Government in America, (Powder Springs, GA: American Vision, Inc.), p. 72.