The Woman vs. The Tower to Heaven 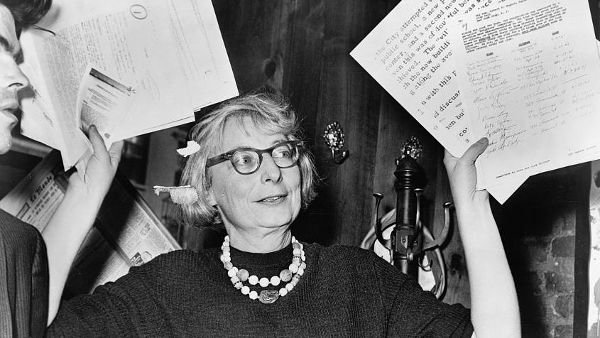 In 1974, Steven Goldberg published one of the books that radical feminists have since assiduously tried not to remember has ever been published: The Inevitability of Patriarchy. As David Gutmann said in a Commentary review:

“Goldberg’s virtues as a scholar and a logician are formidable. . . .[He is] at all times icily logical, refusing to indulge in any conclusion that cannot be supported by powerful evidence, and an airtight deductive chain.”

Goldberg is far more easily ignored than answered. Goldberg’s major thesis is that hormonal differences between men and women will without fail, always lead to masculine dominance in any society or culture that is not on its way to extinction. A sub-thesis is that genius of the very highest order in the way of capacity for the very severest of abstraction is without fail, a masculine domain, and this cannot be explained by socialization. There is no female Einstein, there is no female Bobby Fisher. In disciplines like chess, mathematics, theoretical physics, masculine dominance is overwhelming.

If (for example) a Madame Curie is raised as an exception to prove that the feminine abstract and theoretical brain is fully the equal of the masculine, Goldberg reminds us that while Madame Curie indeed had a superb intellect, and one that far transcended almost all men, she was an experimental scientist, not a theoretical one. She was not “an Einstein, Bohr, or Dirac.” This does not however, mean there is no female genius. There are many examples of female genius. Madam Curie is surely an example of an experimental physicist who displayed genius as an experimental physicist. Jane Jacobs is another, in her own realm.

In the realm of economic theory, there are a number of geniuses who dwell at the top end of capacities for the most severe of abstractions. The one in the news most recently because of his tragic death, is Princeton University’s Nobel Laureate, Robert Nash, whose story is told in the movie, A Beautiful Mind. Another is Ludwig Von Mises, the author of Human Action. That volume is purposely an exercise in the severest of abstractions. Mises denied that economics is an empirical discipline in its most fundamental and foundational basis. It is a discipline in which all of its theorems are reasoned deductively from a small series of a priori axioms about purposeful human action. Jane Jacobs probably never read Mises. She was too busy noticing other things. She was a female genius.

Jacobs began her formidable career sitting in her living room in Greenwich Village, and noticing things outside of her window that everyone else saw but did not notice. She began to notice how things on her street actually functioned. Then she noted that it was the street life itself that was the source of the city life she saw and loved. She also noticed that everything she actually saw completely contradicted all of the abstract axioms of the reigning (surely almost all male) bureaucratic “geniuses” of city planning.

The more she looked, the more she noticed, the more alarmed she became. She eventually led a crusade against the then nearly omnipotent N.Y.C. Parks Commissioner and mogul of city planning, Robert Moses. Moses planned to run a freeway through the middle of Greenwich Village, as he had done in numerous other parts of New York City, having nothing but scorn and contempt for the disorderly chaos of the neighborhoods he destroyed (he called his destruction “progress”).

The irony of a nobody woman (who did not even have a college degree) taking on a man named Moses has been noted by many (see Anthony Flint, Wrestling With Moses). Moses in this instance had become the new Pharaoh. It may be significant that she bore the name of another Patriarch. Moses had never noticed how or that cities are actually highly intricate organisms that function with high degrees of order that look like chaos to the casual observer. What Jane Jacobs noticed, and noticed with ever deeper acuity, was what probably only a female genius, would notice. The men were too busy building towers up to the heavens, and then building highways to those towers. Everything that didn’t fit with those clean and abstract theories about how the world ought to work simply did not exist.

Jacobs’s first book was The Death and Life of Great American Cities (1961). At first ignored, it is now close to being a canonical volume in its field. It was followed by many others. Jacobs noticed all of the connections of economic growth with the seemingly chaotic movements of actual cities, and several of her following volumes dealt with cities and economics directly, and how economics actually functioned on the street (The Economy of Cities, 1969; Cities and the Wealth of Nations, 1984).

All of her books are paeans of praise to the messiness and inefficiencies of cities. It is the very whimsical quality of the street and masses of duplicate shops that have modest, but no particularly highly specialized aim that is fixed that make way for virtually all economic advancement and evolution. Economic growth has less in common with highly disciplined armies with very specialized and intricate battle plans and far more in common with the unspecified and improvised play of children. When cities become too specialized, they die. Manchester in England, Pittsburgh, and Detroit are all examples of the stagnation brought by too much efficiency and single-mindedness. Single-minded cities are easily imitated, become uncompetitive, and lose all ability to evolve into new and unheard of things, spin offs, replacements.

To return to Goldberg: when Goldberg came close to concluding his volume, which is a triumph of icy logic and marshaling of facts, he had made his case. I have never seen an answer, and thinkers like Margaret Mead, whom one might think would put up an opposing case, acknowledge the correctness of his thesis.

But Goldberg concludes by wondering why a woman would want to be like a man in the first place? He is a much more specialized and limited being than she is. He is far more single-minded, and while having often extraordinary talents, especially at the high end of abstract genius, is mostly useless for many of the simplest things of life.

And, female genius does exist, but it is different. It has displayed itself to date, especially in literature. Jane Austen is an example. She noticed many of the vignettes of domestic life that no man would ever see. She was not a single minded abstract genius. She was a many sided woman with perceptions that no man possesses.

So it is with Jane Jacobs. When I compare her to male writers on the same subject, I see and feel a difference: Charles Murray’s two most famous books are Losing Ground, and Coming Apart. They are very good books that make a case in the direction the author has aimed. He does this with great efficiency, thoroughness, and he flawlessly marshals a great deal of data. They are very useful studies, and I learned a lot when I read them. I appreciate them.

When I read Jane Jacobs, it is far beyond that. Jacobs takes my breath away. I am astonished, I ask myself, “How does she know that? Where did that come from?” She has insight after insight after insight into how economic life actually functions on the street, in the city, in nations, and thus in the world. She started by sitting in her living room in Greenwich Village and she watched. And when she watched, she saw things no one else did. In the intervening years, she has obviously done a great deal of reading, but her reading, one senses, is all led by already existing intuitions that have grown out of her looking.

I find myself exclaiming, “She is a genius!” She is not an abstract genius, she is a lady genius. She is the Jane Austen of economics.