Training the Chinese Dragon in Economics 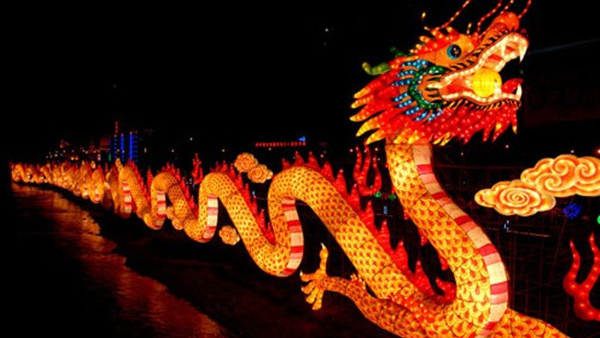 The story of China’s great leap forward to slightly freer markets is well known. Around 30 million people starved to death in the 1960s and the West fed the Chinese in the 1970s. Deng Xiaoping took over after Mao died and began looking for some way to make Communism work well enough to at least feed the people.

About the same time, a small group of farmers in a remote village rebelled against socialist farming by dividing up the land among them and selling their excess produce on the black market. They signed a contract binding each farmer to take care of the families of any farmers whom the state discovered and executed. After a couple of years, they couldn’t keep their success a secret any longer and Deng found out. But instead of executing the farmers, Deng made them national heroes and encouraged other farmers to do the same. The Communists took over China in the late 1940s, causing many businessmen, especially Christians, to flee to Thailand, Indonesia, Malaysia, Taiwan and the Philippines where they dominated commerce. Several riots in Indonesia since then resulted from Muslim envy of the ethnic Chinese domination of business and their refusal to convert to Islam. So when China opened up in the 1980s to foreign investment, many ethnic Chinese living in Southeast Asia invested and launched China onto its path of rapid economic growth. They lifted over 300 million people from near-starvation to relative wealth within a generation.

But the Communist Party could never accept that freer markets and private businesses transformed China. Its members needed to believe that the party had wrought the miracle. So they did what they had always done – launch major construction projects for cities, roads, harbors and trains. They used the savings of the Chinese people, who initially saved up to 50% of their income, for the projects. In 2000 P.J. O’Rourke reported in his book Eat the Rich that Shanghai had more vacant office space than New York City had total office space.

In addition, China had locked the exchange rate to the US dollar and in effect surrendered monetary policy to the Fed. The link worked well for China until Fed Chairman Greenspan pushed the Fed rate below 2% in response to the onset of the recession in 2001. Artificially low rates have the same impact as printing vast quantities of new money and, as Austrian economists remind us, when the central bank supplies more money than the people want to hold in cash consumers send it overseas by purchasing imports. Americans went on a binge buying spree in China.

The tsunami of dollars sweeping into China blew a bubble in the real estate market first, resulting in vast new ghost towns. Then it inflated the stock market twice, the latest having popped this year. Finally, the government allowed the yuan to depreciate 4% against the dollar in August, another move typically advocated by mainstream economists. The yuan has risen 50% since 2005, so the depreciation is not significant, but it is seen as a desperate move on the part of the state to pump life into the sagging economy. The move may increase exports, but it will increase the prices of commodities needed for construction and will weaken that sector further.

Pundits blame the recent crash in commodity prices on the slowing Chinese economy, but the main culprit is likely over-investment in commodity production as a result of the massive credit expansion in the US under Greenspan and Bernanke.

The dragon economy is no longer flying high, but stumbling as it tries to walk. Efforts by the state to dope it with the steroids of money printing and a weakening currency will work no better for the Chinese than it has for Japan and Europe. There is no silver bullet for ending recessions; only the wisdom of avoiding them by keeping credit expansion under control.

The US led the world into recession in 2008 and China is probably taking the lead in this next recession. An actual recession in China will be a new experience for the nation after nearly 40 years of uninterrupted growth. The nation avoided a major recession for so long only because it had a vast supply of idle resources. This recession will be the dragon’s baptism by fire into the Keynesian economic system.

If the Communist party learns the right lessons from this crisis – which is to refrain from manipulating the money supply to create short term growth – China will once again be a great place to invest after the recession.