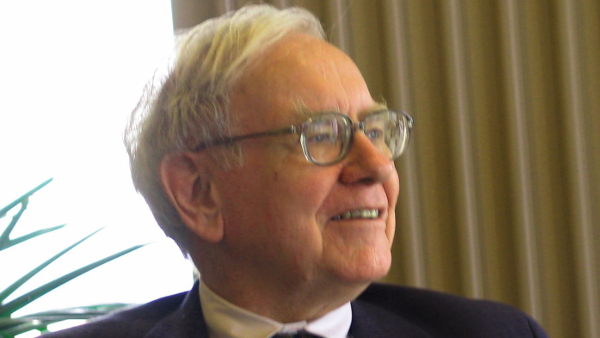 The Efficient Market Hypothesis (EMH) teaches that no one can beat a general market index over the long run because the market instantly adjusts to all new information. The EMH has been mainstream dogma for longer than Warren Buffet has led Berkshire. Buffett doesn’t like the EMH and responded to the theory in this story that I included in my book Financial Bull Riding:

Warren Buffett got to the heart of the problem with the EMH at a 1984 conference at the Columbia Business School held to honor the 50th anniversary of Benjamin Graham’s Security Analysis. Finance professor Michael Jensen, a defender of EMH, told the audience that investors such as Buffett who beat the market were just lucky. The EMH did not assert that no one could get lucky; only that they couldn’t get lucky consistently. “If I survey a field of untalented analysts, all of whom are doing nothing but flipping coins,” Jensen said, “I expect to see some who have tossed two heads in a row and even some who have tossed ten heads in a row.”

In other words, clusters of success can happen in randomly generated events, as statisticians know.

Buffett spoke next and offered his own analogy. A whole nation would participate in coin flipping with everyone staking a dollar on the first flip. After 200 rounds of flipping, 215 millionaires would emerge. Professors of the EMH would retort that coin-flipping orangutans would have achieved the same result. However, Buffett added this:

“If you found that 40 came from a particular zoo in Omaha, you could be pretty sure you were on to something. So you would probably go out and ask the zookeeper about what he’s feeding them, whether they had special exercises, what books they read…I think you will find that a disproportionate number of successful coin-flippers in the investment world came from a very small village that could be called Graham-and-Doddsville.”

Proponents of the EMF still consider Buffett to be merely lucky because their theory demands it. A more realistic version of the theory would say that the market is extremely difficult to beat, so most people shouldn’t try. But a few people may have the skill to beat it on a regular basis. After all, only a few businesses succeed well enough to make their owners millionaires; few athletes turn pro; few singers and actors hit the big time. That doesn’t mean they’re all just lucky. It means that the skills and attributes needed to make it to the top in your profession are rare.

In 2013 a group of researchers published a paper with the title “Buffet’s Alpha” in which they use statistics to determine if Buffet was just lucky or not. The results should not surprise Buffett fans: among stocks and mutual funds traded for at least 30 years, Berkshire Hathaway has the highest Sharpe ratio, nearly double that of the overall stock market. The Sharpe ratio measures the risk of investments using volatility and higher ratios indicate lower risk.

Buffett’s track record is clearly outstanding. A dollar invested in Berkshire Hathaway in November 1976 (when our data sample starts) would have been worth more than $1500 at the end of 2011. Over this time period, Berkshire realized an average annual return of 19.0% in excess of the T-Bill rate, significantly outperforming the general stock market’s average excess return of 6.1%.

The fathers of the EMH adjusted their models after a lot of complaining from outsiders and admitted that investors can beat a market index by investing more in small businesses, those with a low price-to-book ratio, and those whose prices have increased recently (momentum). But Buffett refused to follow their advice. Instead, he bought stocks that were safe (with low beta and low volatility), cheap (low price-to-book ratios), and high-quality (large, profitable, and with high payout ratios). Also, Buffett employed a leverage ratio of about 1.6.

“Whether we’re talking about socks or stocks, I like buying quality merchandise when it is marked down”

Because of its size, Buffett can’t maneuver Berkshire in and out of the market like a Mazda Miata. He has to think more like an 18-wheel Mack truck that takes forty acres to turn around. But Buffett does stop buying when the market becomes expensive and piles up cash in order to buy during the next market crash.

Individual investors can react more quickly to the market by timing their entries and exits based on the Austrian business-cycle theory and avoid the major crashes that Buffett can’t. That doesn’t mean buying on the dips or other short-term trading strategies. Most investors who try to time the market in the short run end up buying at high points and selling at low ones. Using the business cycle, investors will normally remain invested in the market for five or six years and in cash or bonds for a year or two.

Missing just one of the last two bull markets could mean huge returns for investors.