What Number Will Signal When the Dollar is About to Plunge to Zero Value? 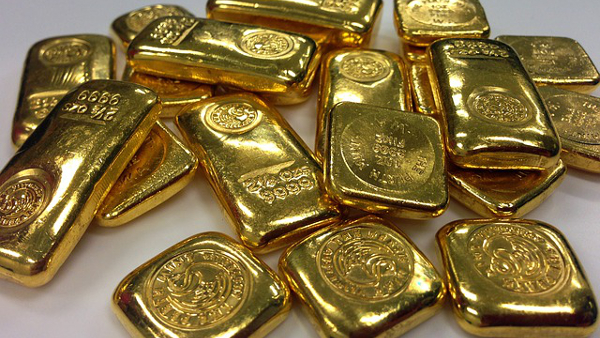 Last week, we left off with this.

“Something is happening with gold…”

It began in Dec 2008. To understand it, it is necessary to understand two principles. The first is that gold is money and the dollar is credit, which currently has nontrivial value. A dollar is worth 28.4mg gold. To understand the second, let’s look at how markets work at the mechanical level.

Regular readers of this Report know that we emphasize the bid and ask prices as separate values. The people and forces involved in the bid price are different from those involved in the ask price. This is critical in our definition and calculation of the basis and cobasis. You cannot just assume that there is a real price, somewhere between the bid and ask. That may be a working approximation during normal market conditions. But it could be badly misleading.

Suppose there is stress in the market, a crisis impending or active. The bid recedes, and can even withdraw entirely. For example, what if the US Geological Survey were to say that there will be an earthquake in Los Angeles, 15 on the Richter scale, and nothing taller than a dollhouse will be left standing? You would not find any lack of offers to sell real estate. But what is the price of a house in LA? There wouldn’t be a bid in LA, and maybe not as far south as Chile, as far north as British Columba, and as far east as the Mississippi River. The bid would come back into the market when the threat was over (perhaps at a much lower level).

The second principle is that gold is not offered for dollars, despite what you see on any quote board. Gold is bidding on the dollar. It is comforting to assume it will always be so, that the only question is price. This is an illusion, based on unwarranted faith and the assumption—or hope—that things will continue as they currently are.

Even gold bugs accept this. They ask when gold will hit $5,000 or $10,000 or whatever price level. It may not. It may go off the board first. We don’t know what the final quote will be, but we do know that there will be one.

What’s been happening since 2008? The process of withdrawing the gold bid on the dollar has begun. There are intermittent episodes where we can see it in miniature. Of course, we’re referring to backwardation in gold and silver futures. Gold backwardation should not be possible, and yet it is occurring. So far, it’s only in small amounts and only for near contracts (not counting the episode in silver which extended out years)—what we call temporary backwardation.

Right now, the October and December gold contracts are backwardated. These backwardations, like all of them in the past 7 years, are small. At the moment, they’re less than a dollar an ounce. This is not something you can see by using typical end-of-day quotes. You need a sensitive and precise instrument, which is what Monetary metals has built.

It’s part of why we have continued to say that the market price of gold is far below the fundamental price.

Speaking of price, not much happened with the gold price last week, though there were a few $14 round trips. The price of gold ended a buck lower than the previous week. The price of silver did drop to $14.37 after hours on Monday. It ended the week up four cents. The true action was not seen in the price, but in the basis.

Read on for the only accurate picture of the supply and demand conditions in the gold and silver markets, based on the basis and cobasis.

The price of the dollar rose a bit more (i.e. the price of gold fell). Again, along with this price move, the scarcity of gold rose a bit.

Let’s zoom into the past month, and look at not just the October cobasis, but also the December and February. You can see how the dollar correlates with these three cobases. Notice that February is close to the zero line (i.e. backwardation) but no cigar yet.

The silver price is up a bit (i.e. the price of the dollar, as measured in silver, is down). There was a sharp drop in scarcity on Friday. And a dramatic drop in the December cobasis as well, it is lower this week than last.

The fundamental price of gold is still about a hundred bucks over the market. And in silver, it’s about 20 cents under. The price spike at 6 A.M. (Arizona time) on Friday was justified in gold, but not in silver.