China Not Looking for Global Domination 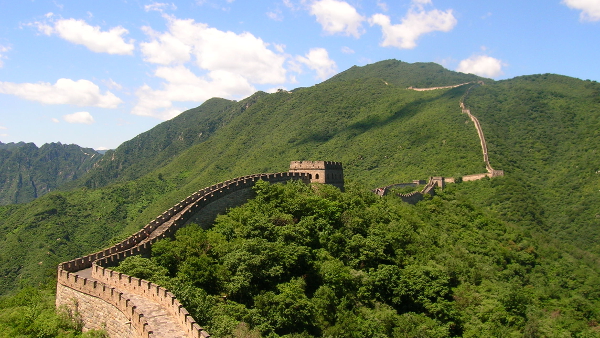 China’s foreign policy decisions and actions in recent years can generally be explained by the guiding ideology of the Chinese leadership: establishing China as the strongest regional power in East Asia in order to ensure China never experiences another “Century of Humiliation” – the period between the 1840s and 1940s in which China was colonized and occupied by foreign powers. The Chinese leadership is deeply distrustful of Japan, the United States, and other Western powers, and believes that in order to prevent a war with these powers, it must set itself up as the primary power in its region, as weakness is provocative. There is no good evidence to suggest that China has the ambition of taking the United States’ place as a superpower.

There has never been a period in Chinese history in which they attempted that – in fact, historically China has focused on securing its own core territories and cutting itself off from the rest of the world. Furthermore, the problems the United States has faced domestically and internationally by being a superpower have surely undermined any appeal that position might have to a rising power.

China’s primary geopolitical goal with its relationship with Russia, which has been described as some sort of malevolent anti-American alliance by US political pundits, is decentralizing power away from the United States and the other Western powers. The major international financial institutions, such as the IMF, the World Bank Group, and the United Nations, were created by the United States in the post-war period. In many of these institutions, non-Western states, such as Russia, China, and Brazil do not have voting power proportional to their economic power. China is trying to undermine this imbalance by the creation of the BRICS bank and the East Asian Development bank, which are alternatives to the Western-led financial institutions. Given that China is the second largest – by some measures the largest – economy in the world, and that Russia has the second or third most powerful military, the two states are the natural centers of power for a rebalancing away from the West.

There are other benefits from China’s perspective to aligning with Russia: for one, China having access to oil and natural gas from Russia allows it to be less involved in Middle-Eastern conflicts. Aligning with Russia also gives China a major naval ally in the Pacific region, reducing the gap in naval power between China and the United States – that gap, it is worth noting, will still be extremely wide even if Russia and China had an alliance.

China and Russia also have a common enemy in the form of radical Islam in central Asia. Russia has been fighting Chechen separatists in its territory for centuries, and China is dealing with its own nationalist threat from the separatist, Muslim, Uighur people in the western region of Xinjiang. China and Russia both have an interest in reducing the influence of nationalism and radical Islam in central Asia, both to maintain their territorial integrity, and to secure trade routes in the region.

As for Chinese actions in Africa and South America, these can be explained by a simple pragmatic need to secure mineral resources in order to fuel its economic growth. China has signed trade agreements with the resource rich countries in Africa – such as oil-producing Nigeria, and the Copper Belt nations of central Africa –and South America. While it’s possible that China could have neo-colonial ambitions to take over these nations, all their actions thus far in Africa and South America can be explained by a desire to secure oil and other natural resources.

In short, it is mistaken to assert that China has grand ambitions of becoming a superpower and overthrowing the United States. Its political actions are better explained by a desire to secure its core national security interests in East Asia, not recreate the political landscape of the world for its benefit.