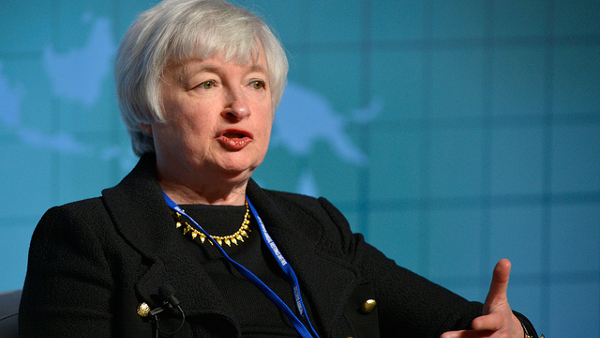 This was the year that, finally, mercifully, monetary policy was supposed to normalize. At least that’s what Janet Yellen was telegraphing to the markets at the beginning of the year. The speculation back then was the economy was so healthy, so full of jobs, that maybe in June, certainly in September, the Federal Reserve Bank’s Open Market Committee (FMOC) would reverse a decade-long course and bring interest rates up just a smidge.

I mean the economy would really have to suck—again— for the FMOC to keep rates low until the end of the year, right?

Well, as hard luck would have it, a funny thing happened on the way to those higher interest rates. Stop me if you heard this one before.

So the economy walked into a bar with Barack Obama, Janet Yellen and Warren Buffet and the result was that the economy “built-to-last” really has built only two lasting monuments: Near zero interest rates and near zero growth.

Consequently when the Fed met last week to discuss the near-certain rate hike, they once again defied the odds, and common sense, by keeping interest rates at zero.

“The Committee currently anticipates that, even after employment and inflation are near mandate-consistent levels,” says the official apology from Yellen and Company, “economic conditions may, for some time, warrant keeping the target federal funds rate below levels the Committee views as normal in the longer run.”

So now, even after record bond purchases, record low yields on interest rates that have caused diminishing returns in investment markets and a ton of malinvestment, we are stuck where we have been. And we are still going nowhere fast.

Meanwhile the Federal Reserve keeps injecting principal payments it receives back into financial markets to keep the stock market steady, if lofty, until of course this all ends…badly.

Accommodative for who? Washington? Wall Street?

Certainly it’s not accommodative for the people still looking for work, the very people the Fed policy of so-called “full employment” was supposed to help.

“Although we work through financial markets, our goal is to help Main Street, not Wall Street,” said the People’s Commissar of Banking Janet Yellen, in April 2014, officially as chair of the largest bank in the history of the world— wholly owned by Congress and the member banks.

As Zero Hedge pointed out back in April, near zero interest rates have induced fixed income fund managers to use even more leverage than they were using in 2009 prior to the crash so that they can be more competitive with other investments.

Leverage acts to goose interest rates returns and principal value as long as rates are climbing— just like subprime loans keep housing prices going as long as everyone has a jobs. But once rates stop climbing, just like unemployment starts rising, the ballon pops.

In short, the Fed has created a kind of bubble within a bubble inside the very large world of fixed-income investments.

“What the Fed doesn’t want,” writes Zero Hedge, “is not one but one thousand LTCMs”— a big firm previously done in by leverage— “going off at exactly the same time in what is now the world’s most levered trade.”

Record student loan debt and record leverage in fixed income are both symptoms of the same problem that we had in the housing market, stock market and oil markets as well.

I’m not against high asset prices.

I’m against their collapse.

And the longer we keep interest rates “accommodative” the more tightly the bubble expands until ultimately prices collapse.