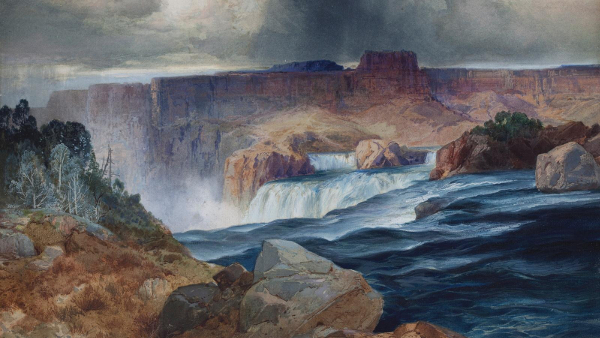 “Our help comes from the Lord, who made heaven and earth”

The psalmists repeatedly referred back to God’s natural acts of creation to describe and frame God’s majesty and power. Thus, they regularly mention the Flood, the Genesis story and the parting of the Red Sea as Israel left Egypt as examples of God’s ability to help His people regardless of how daunting the circumstances seemed to be. Perhaps that is why Jesus on several occasions had encounters with nature that proved His divinity and His authority over the forces of nature that were overwhelming to the disciples, but were well within Jesus’ power to control, as told in John 6:16-21:

“When evening came, his disciples went down to the lake, where they got into a boat and set off across the lake for Capernaum. By now it was dark, and Jesus had not yet joined them. A strong wind was blowing and the waters grew rough. When they had rowed about three or four miles, they saw Jesus approaching the boat, walking on the water; and they were frightened.But he said to them, ‘It is I; don’t be afraid.’ Then they were willing to take him into the boat, and immediately the boat reached the shore where they were heading.”

Are you afraid of the forces aligned against you? Do you need a reminder of God’s power over your situation that seems out of control? Do you need to call on the God of the storm to get into your boat today?