Greece to the Rescue? 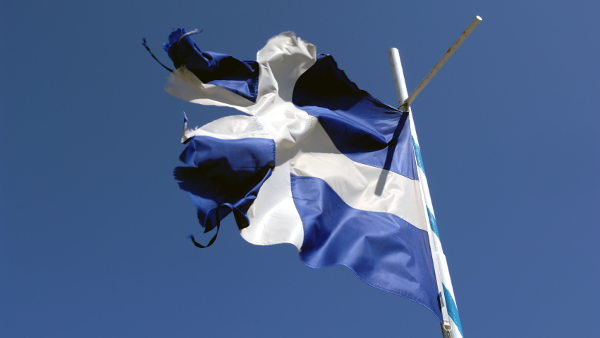 Here’s how bad it is in Europe: With economic growth projections being slashed as a result— some say— of a slow down in China, the European Central Bank (ECB) is getting ready to buy more government bonds.

“The big question,” says the New York Times, “is whether, and how soon, the European Central Bank might see a need to step up the bond-buying stimulus program, known as quantitative easing, that it began in March as a way to pump money into the eurozone economy and force down market interest rates.”

While officially the head of the ECB, Mario Drahgi, says it’s “too early” to start buying Greek bonds, if they are following the American model— anyone remember Cash for Clunkers?— Greek bond purchases will just be the European equivalent of the Federal Reserve buying mortgages here at home.

Or the Green boondoggle, or the GM bailout, and any one of a number of programs that delayed and forestalled the worst economic recovery of the post-war period.

It’s bad enough that growth is so slow, but remember how bad it was when the government was “stimulating” growth?

Well, just like the mortgage market was the greatest financial black hole in U.S. history, Greece is pretty bad for Europe. Bad if you don’t include financial losses from racial pogroms, or anything having to do with the fire-bombing of Germany or Soviet Five Year plans.

Any one of the Five Year plans, period.

Part of the attraction to Greek bond-buying will come no doubt because the markets here in U.S. have told us that the Federal Reserve will raise interest rates— if not this fall, then SOMEDAY.

David Williams, of Williams Edge, spoke with me about the direction for the bond market and the stock market in advance of market action, just as we do every day.

Both officially and unofficially Europe can’t afford for interest rates to go up.

Higher interest rates here in the States means less demand for bonds in the European markets, which means less so-called stimulus in Europe.

The biggest goosing available to the European bond market to combat raising rates is in Greece, where ten years rates are at 9.38% as of 10 am September 3rd, 2015. That compares with a ECB rate of 0.05%.

“One of the challenges facing Mr. Draghi,” comments the New York Times, “is how to support the flow of credit in the eurozone if the Fed raises rates, which it has signaled it is getting ready to do. Higher interest rates in the United States could spill over into eurozone bond markets, raising effective borrowing costs before the [European] economy is ready to absorb them.”

How much lower can you go below a 0.05% interest rate that already isn’t working before the whole program—or pogrom— becomes either a farce or a tragedy?

The irony is that Greece— which needed rescuing because it would not pay its creditors— will get a Fannie Mae and Freddie Mac-style bailout from the ECB because the country sucks so bad financially that bond buying there will have the most effect on a bad situation for Europe generally.

But before you laugh just remember: They learned everything they know from the U.S.

Of course, it’s worse for them because they’ll never have a Republican Congress.

Okay: Now you can laugh, because it’s that bad.