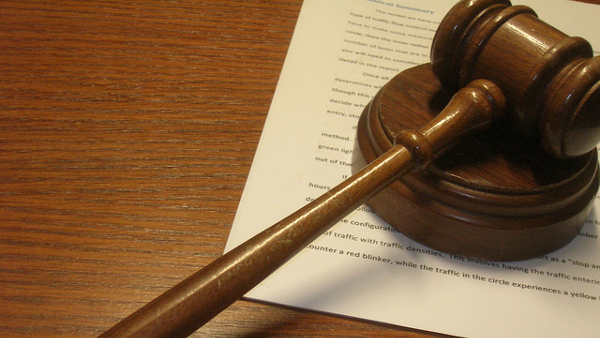 The Sanctuary Cities[1] (those cities that have policies in place to not prosecute illegal aliens, flouting federal law) have it right. They understand the Doctrine of the Lesser Magistrates. They get the fact that lesser civil governments have not only a role but also an obligation to hold higher authorities accountable. They believe that it is their responsibility to not just be bureaucratic appendages to a far-away central government, kowtowing to its every demand but, to also exercise their conscience when the higher regime acts in an immoral way. They understand that power centers get so used to their power that they eventually over-extend themselves as they become enamored with their ability to make their subjects jump on command.

The Sanctuary Cities have it right. They believe they have a right, a duty to stand in the way of tyranny and yell, “Stop!” They know the people will put up with incredible amounts of nonsense before they will actively resist so; it is the lesser authorities place to ask the question, “Why has the Emperor no clothes?” They understand that all authority has its limits and is exercised by men who sometimes get it wrong. They know that when the higher authority gets it wrong, they have a duty to stand in front of the juggernaut of power and resist. They sense their responsibility to the people that if they don’t oppose tyranny, the very people they are supposed to minister to will be harmed.

Our legal heritage is a rich tapestry of checks and balances that includes; Jury Nullification (early in American history, judges frequently informed juries of their right to judge both the defendant and the law), State Nullification (our founders insisted that the States were duty-bound to resist the Federal government when it violated the Constitution) and, the Doctrine of the Lesser Magistrates (which was essentially the apologia for the American Revolution) whereby the lesser civil officials have an obligation to remind the higher-ups that they do not rule with absolute authority. Rather, their authority is delegated and has its limits.

The Sanctuary Cities may not have their issue right, they picked the wrong fight in that their defiance of immigration law results in the spilling of innocent blood and cultural collapse but, they do have the principle of resistance right. And, they have been an inspiration to conservative thinkers! The Wall Street Journal (WSJ) recently urged States to not comply with Obama’s lawless new Power Rule. They were referring to the regimes “Clean Power Plan” which would result in higher prices for consumers and business and endanger electric reliability leading to brown-outs and worse. The WSJ calls on the states to not comply with Obama’s lawless mandate and test the EPA to see how much “clean power” it has to “commandeer” the states. This is the doctrine of the lesser magistrate expressed at its best. The WSJ has it right.

And in another recent example of the use of the doctrine, Sen. James Inhofe (R-OK), citing both practical and moral reasons, has urged the states to defy the central administrations nuclear agreement with Iran by imposing sanctions on Iran. While the administration calls this “interference”, there is not much they can do when the states act on their own in defiance of Obama. So far, 25 states have done so and the Senator is urging the other 25 to do so as well. The Senator from Oklahoma has it right.

Lastly, Rowan County Clerk Kim Davis has it right. Defying Federal Judges ordering her to issue marriage licenses to same-sex couples, she is now imprisoned for one reason and one reason only – she sincerely believes that God’s law supersedes the courts authority. She is in jail because of her religious faith. Standing up to the higher authorities that got it laughingly wrong (what will the ages say of this generation’s re-definition of marriage? The derision will be deafening), she is a shining example of the application of the doctrine of the lesser magistrates and also a victim of American Dhimmitude. As Washington turns up the heat in its war against Christians, she is one of the early casualties of Christianity being systematically marginalized in America. Following the Contraceptive Mandate whereby every person in the country who has health insurance must now subsidize contraceptives and abortifacient drugs[2], even if it violates their faith and, ever-increasing pressure to scale back and eliminate conscience clauses whereby pharmacists, physicians, and other providers of health care are not required to provide certain medical services (abortions, fill prescriptions for abortion-causing drugs, etc.) for reasons of religion or conscience, now add the fact that Leviathan will not tolerate even one single county clerk to exercise her faith if it contravenes the regimes established dogma.

Kim Davis declared that it was impossible to reconcile granting same-sex marriage licenses with her Christian faith, but the Judge derided her saying that she was “choosing not to”. In an act of penultimate hypocrisy he then declared that he was required to imprison Davis![3] The judge’s faith in the government being god (re-writing the facts of nature; a man=a woman=a man), trumps Davis’ faith in her God. In other words, believe in my god (man as god) and you are justified in acting absolutely but, to believe in the Christian God is a light thing that can be cast off, it is not allowed to infect the public place.

And, Davis is not in violation of any law, she is in violation of a judge’s order. Kentucky law is on her side but, we are now allowing our judges to write our statutes for us. President Lincoln warned of this very danger in his first inaugural address: “If the policy of the Government upon vital questions affecting the whole people is to be irrevocably fixed by decisions of the Supreme Court, the instant they are made in ordinary litigation between parties in personal actions, the people will have ceased to be their own rulers, having to that extent practically resigned their Government into the hands of that eminent tribunal.”

Earlier, when Christian blood still flowed through the veins of America, the cry was for tolerance. Now that the levers of power are controlled by those who hate Christianity, there is no longer a call for tolerance but, there are increasingly acts of total intolerance for anyone and anything that would stand in the way of the totalitarian Pontiffs of the Potomac from exercising their rule over Americans. The abject hypocrisy of this regime, breaking the law with impunity at every turn while demanding absolute submission of each and every subject, is just stunning.

Kim Davis is an early martyr in this nation’s war against Christianity, expect many more.

[1] Sanctuary Cities originated in the Bible as places of refuge for the innocent to flee to after unintentionally killing someone. Todays’ perverted liberal version offers a protected environment for the guilty to continue their criminal activities, oftentimes intentionally killing the innocent. Man never tires of improving on Gods’ faulty plans.

[2] Christians who believe these things are immoral can opt out of the secular health care system and join Christian cost-sharing health plans such as http://samaritanministries.org/ , https://mychristiancare.org/medi-share/ or, http://www.chministries.org/

[3] Of course he is required to do no such thing. Not one Sanctuary City mayor, police chief or council members have been jailed for breaking federal law while Davis didn’t break federal law, only didn’t do what a judge thought she should do which just happens to be in violation of Kentucky law. Neither were any mayors thrown in prison when they issued marriage licenses earlier to same-sex couples when marriage was still marriage according to state laws.