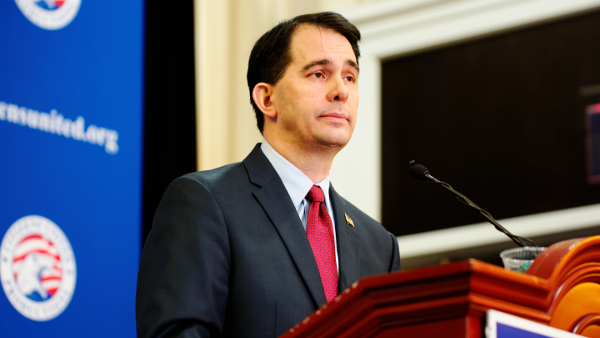 Scott Walker, a candidate who was widely considered a frontrunner for the Republican nomination before the campaign began, dropped out of the race Sunday night. He had been declining in both opinion polls and political betting odds for some time. He was still in a better position than many of the other Republican candidates, but unlike, say, Lindsay Graham or Bobby Jindal, Scott Walker seemed to be running with the intention of winning the nomination, not just improving his public standing and name recognition, or drawing attention to a specific issue.

Now that Walker is no longer running, political bettors are reassigning their bets on different candidates, raising their odds. Scott Walker stood at 8% in the political betting markets the day he resigned, and his resignation has significantly helped out several other candidates. 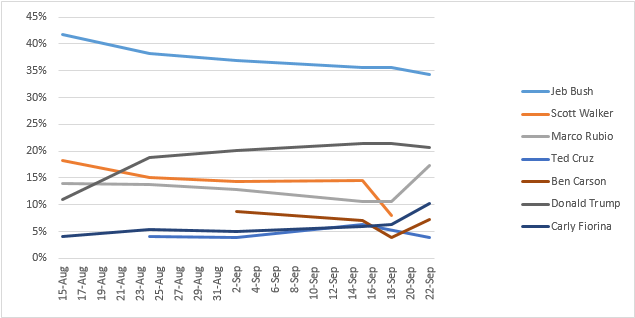 This chart shows the status of the candidates in betting markets since mid-August.

After Scott Walker dropped out, Marco Rubio jumped from 10% to 17%. At the start of this campaign, the three main establishment candidates were Scott Walker, Jeb Bush, and Marco Rubio. Now that Walker is gone, bettors are naturally moving their bets to Marco Rubio, who has been rising in opinion polls and betting markets since his strong debate performance. If you believe the nomination will go to an establishment candidate who isn’t Bush, and you were currently betting on Walker, then you would naturally move your bets over to Rubio.

Carly Fiorina also jumped significantly after Scott Walker dropped out. She had been rising modestly since she first appeared in the betting markets in mid-August, but in the past week she’s risen from 6% to 10%. Ben Carson rose as well, though by only 2%. 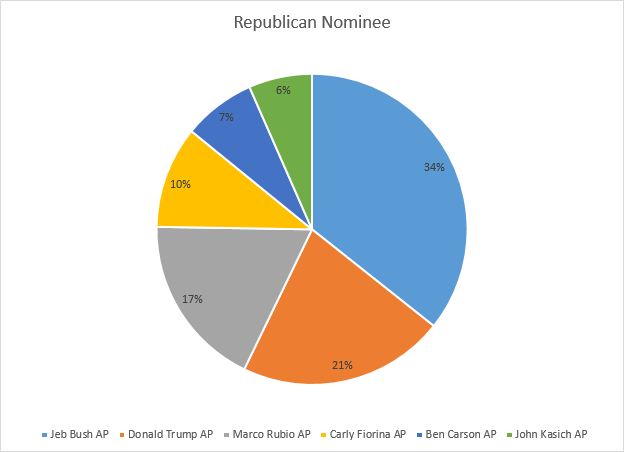 This chart shows the current standing of the top 6 Republican candidates. The combination of Walker dropping out and strong debate performances has raised the chances of both Marco Rubio and Carly Fiorina significantly, undermining the dominance Jeb Bush and Donald Trump have had for in the markets for months.