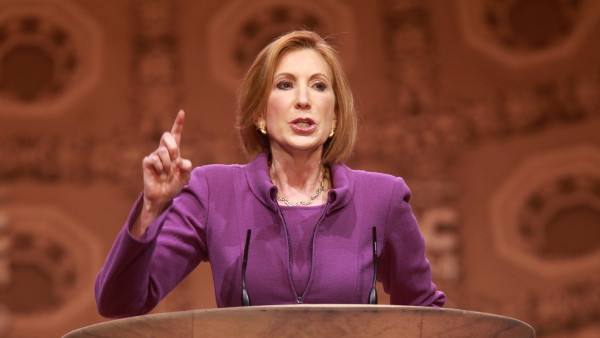 The first post debate poll – conducted by CNN – for the Republican presidential candidates is out, and its results are not particularly surprising: Donald Trump dropped from 32% to 24%, and Carly Fiorina jumped to second place with an approval rating of 15%.

As is often the case, we’re seeing a slightly different situation in the political betting markets. Donald Trump, for one, has not seen a major drop in the eyes of political bettors. 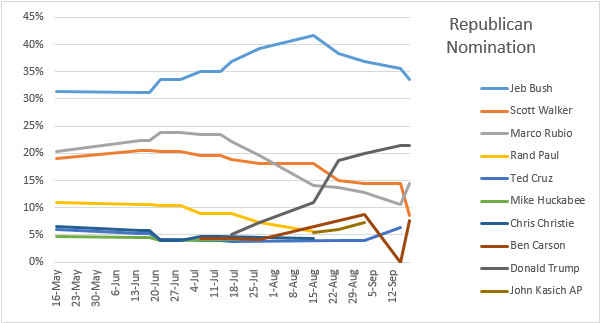 This chart shows the odds of winning the Republican nomination for every major Republican candidate since May. Despite his decline in opinion polls, Trump’s odds are unchanged from before the debate. Jeb Bush is also relatively unchanged, dropping by less than 1% in the day after the debate.

The most interesting change in the markets since the debate was the rise of Carly Fiorina, at the expense of Ted Cruz. 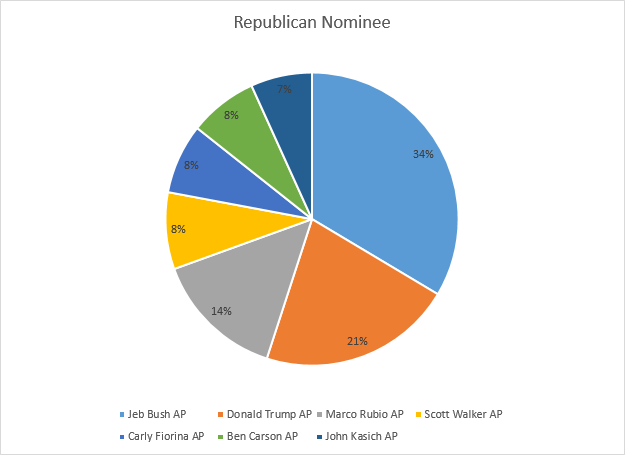 This chart shows the standing of the top 7 Republican candidates as of September 21st.

The probabilities for which party will win the presidency continue to be relatively unaffected by changes within the Republican nomination category. The odds of a Republican becoming President went up by just under 1% after the debate.

While not directly related to the Republican debates, there have been interesting changes in the Democratic nomination odds. 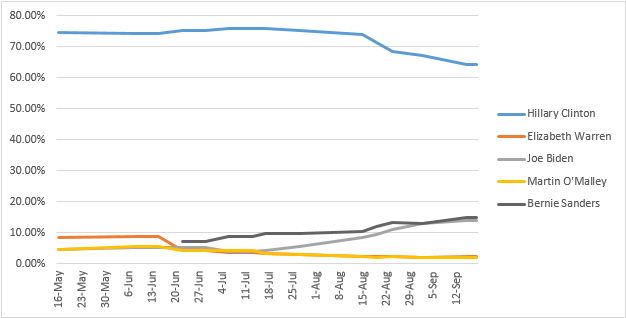 Hillary Clinton is still the overwhelming favorite to win the nomination, but she’s experienced a large drop from 75% to 64% since late August. This is probably due to a combination of Bernie Sanders being considered a viable candidate, and an increase in the likelihood of Joe Biden running.

In general, this debate has not had a large impact on the political betting markets; with the notable exceptions of Scott Walker and Ted Cruz. Both of them were considered very likely to win the nomination at the start of this campaign, but Ted Cruz is now below Carly Fiorina and John Kasich, who were very recently considered unknowns. Scott Walker, who had been declining consistently for some time, dropped out last night. In the past week his odds were halved, as he lost ground to both Donald Trump and Marco Rubio.