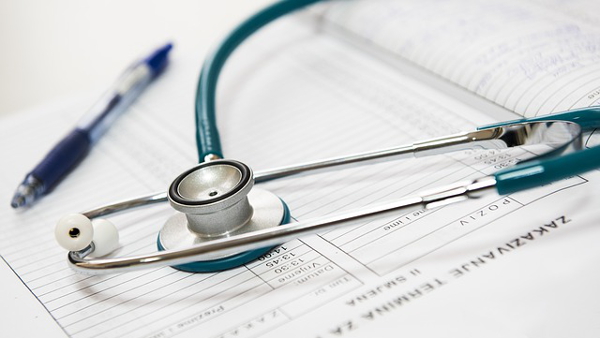 But recent changes are begging to reverse those damaging trends—especially the rising prevalence of private high-deductible health plans and new payment methods from the government’s Medicare program for seniors.

The planned mergers of Aetna and Humana, as well as Anthem and Cigna, are a reaction to these changes and an attempt to keep the progress rolling.

That means, instead of paying $20 per visit or per prescription, high-deductibles force patients to be aware of the actual prices of medical services and to find cheaper alternatives when possible.

Putting money in health savings accounts, which were given tax-free status by Congress in 2003, helps cushion the impact of high deductibles—and has boosted the number of people using such plans.

A 2014 nationwide survey by the benefits brokerage Mercer found that 23 percent of workers covered were in high-deductible health plans—which means a single insured person pays for the first $2,500 of medical bills. Even in traditional PPO health plans, the average deductible is $1,500 now.

First, the bevy of new mandates in the Affordable Care Act raised the cost of individual health insurance by 24 percent, according to a 2014 Yale University study, even though the law also provides tax credits to reduce the cost of insurance for low- and medium-income buyers.

But to try to offset the increased costs mandated by Obamacare, the average size of deductibles for standard silver plans on the federal individual insurance exchanges created by Obamacare is $2,559, according to the Kaiser Family Foundation.

Then there’s Obamacare’s Cadillac tax—a 40 percent excise tax on the amount of health benefits that exceed $10,200 for employee-only coverage or $27,500 for family coverage. Even before it takes effect in 2018 (unless efforts to repeal it succeed), the Cadillac tax has already caused lots of employers with the richest health benefits to convert to high deductibles and health savings accounts in order to avoid triggering the tax.

The trouble with this shift of more risk onto patients’ shoulders is that the massive stimulus and regulation of the health care market for the past 60 years has created cost structures among health care providers that require sky-high prices for medical services.

But things are starting to change there as well.

The Medicare Advantage program, in which seniors have their health benefits managed by private insurers instead of the federal government, has grown in popularity, and now insures more than three out of every 10 Medicare beneficiaries.

The combination of these elements provides strong encouragement for hospitals and doctors to deliver high-quality care at the lowest cost possible—because that’s the recipe to getting the most patients and the highest profits.

In essence, Medicare Advantage is rolling back the guaranteed payment dynamic that the creation of Medicare introduced into the marketplace in the 1960s. For doctors and hospitals, doing the most things to the most patients is no longer the route to the most money. Medicare Advantage is reintroducing financial incentives for health care providers to focus on patients’ health, not just piling on medical services.

Some hospital systems are paying for taxi rides so low-income patients being released from the hospital do indeed get home and rest—and don’t come back to the hospital in a crisis. Others will pay for electric bills for low-income patients, if it means keeping on air conditioning that helps a child’s asthma. Others are giving money-back guarantees, good for 90 days after joint replacement surgeries. Others have slashed their prices on imaging and lab tests.

Again, Obamacare has elements that are furthering this trend. It authorized the federal Medicare program to pay hospitals and doctors under new programs that reward them financially for keeping patients healthy while also saving money.

These programs, collectively called value-based payments, go by such names as accountable care organizations and bundled payments. They haven’t had much success so far (many think because the Obama administration larded them up with regulations). But they have encouraged health care providers to shift their focus from sheer volume of services to how they can ensure patients are staying healthy and out of the hospital, which saves money.

Also, Obamacare allowed, for the first time, the agency that runs Medicare to make payment changes without first getting Congressional authorization. And so far the Obama administration has used that authority to funnel more money through value-based programs. Medicare officials announced in January that by 2018, 50 percent of the program’s spending will run through value-based programs.

The real reason health insurers need to get bigger

It is these new kinds of payments that, more than anything, require larger health insurance companies. Since health insurers don’t do a whole lot of insuring these days, their new business of health management services requires them to be much bigger than before, to achieve economies of scale.

Health insurers like Anthem and Aetna are trying to bulk up so they have critical masses of patients in all those disease areas, so they can spread those IT and staff investments over a large enough base.

Also, any savings from improving patients’ health come over several years—not just in the one-year duration that is the standard length of insurance contracts in the United States. So health insurers need to have large programs in all sectors of the market—employers, individual exchanges, Medicare and even Medicaid—so they can hold onto patients even as changing circumstances move them in and out of those different segments.

“We’ve always said we wanted to participate in a lifecycle” with our customers, Anthem Chief Financial Officer Wayne DeVeydt told investors after Anthem publicized its buyout offer for Cigna. The two companies together, he said, would have “the largest footprint or largest catcher’s mitt, if you will, regardless of where the consumer is at in their lifecycle.”

The actual job of insuring risk is being divided up more than ever—to employers, individuals, hospital systems, physician practices and, yes, federal and state governments, too.

Health insurers have essentially become service providers to those entities, not so much helping them spread out risk as helping them put a price on it and manage it by keeping patients healthier.

The U.S. health care market is far from perfect. It remains highly distorted by government regulations as well as government spending and tax incentives totaling more than $1.5 trillion a year.

But the recent mega-mergers among health insurers are a sign that the U.S. health care system is moving back toward real insurance and a true focus on patients’ health. And that, compared with what has gone before, can only be a good thing.