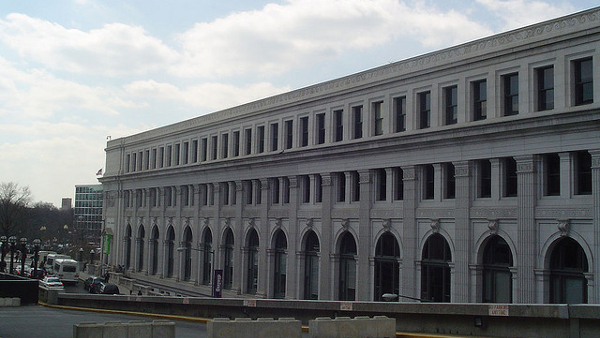 The thinking behind the Fed rate hike theory has said that this is the year that the Fed FINALLY raises interest rates because everyone who wants to work now has a job. With the labor force getting tighter, economists reasoned, eventually inflation would follow. But when the Bureau of Labor Statistics (BLS) released the August numbers yesterday, it confirmed what many have feared: The labor force isn’t getting stronger, it’s getting weaker.

Almost one year after the Federal Reserve Bank declared victory in the war on unemployment and put an end to artificial stimulus measures, the enemy army is still marching on the capital and killing jobs.

Since the labor market peaked in December of 2014, this month confirms the downward slurge in job creation that has followed. Previously much of the strength in job creation could be attributed to lower oil costs. But those days are over. They’ve been over since December.

With the BLS reporting only 173,000 jobs created in August— this at a time when the economy is supposed to be expanding—some in the Fed are conceding that perhaps they were premature in declaring victory on unemployment, as David Williams and I discussed on this video at RansomNotes.

“Eric Rosengren, president of the Federal Reserve Bank of Boston,” reports the New York Times, “said Tuesday that signs of a weaker global economy raised new doubts about the Fed’s expectation that domestic job growth would continue to be fast enough to drive up inflation.”

“In my view, these developments might suggest a downward revision in the forecast that is large enough to raise concerns about whether further tightening of labor markets is likely,” Rosengren said.

Year over year ALL of the drop in unemployment— plus a little more— can be attributed to one simple line in the BLS report. The line labeled “Not in labor force” shows that over the last year 1.8 million people dropped out of the labor force while the civilian labor force population only increased by about 150,000 people.

The weak labor force rate has been an ongoing phenomena— so “ongoing” that it fails to qualify as real news anymore. But that doesn’t make it less true, or less important.

You can throw all the money you want around— and trust me, the Obama Administration and central banks have tried to throw around all the money they want—and you still won’t get inflation if people aren’t working.

In 2011 the control clique in the administration and central banks blamed the Fukushima nuclear disaster for the poor economy. Then in 2012 they blamed the dog who ate their homework for the poor economy. In 2013 Ted Cruz ate their budget, they said. In 2014 those darned Republicans sequestered their homework or budget or something. Just this spring the usual excuse of global cooling as a result of global warming was trotted out to justify why the economy, once again, praise be to Jesus, was… not… growing… even as they praised job creation.

Today they blame no one. They just try to change the subject. You only have to witness the relentless warfare waged on social issues by the administration to know what’s wrong here. When an administration is in trouble they rally their base; they change the subject. Conservatives see this as a culture war. But in truth the liberals are fighting a rearguard action, in much the same way that George W. Bush fought it when he pivoted to social issues after the Iraq war proved politically disastrous.

Republicans could have survived if the economy had not caught up with them.

That the Fed might not raise rates, or only raise them symbolically this year, means that the economy is truly catching up with the Democrats. Wall Street will cheer because it means more money for stock markets.

But the Democrats have run out of excuses for why they have never had any answers to begin with. And the Federal Reserve will prove it this year.