The Dog That Did Not Bark 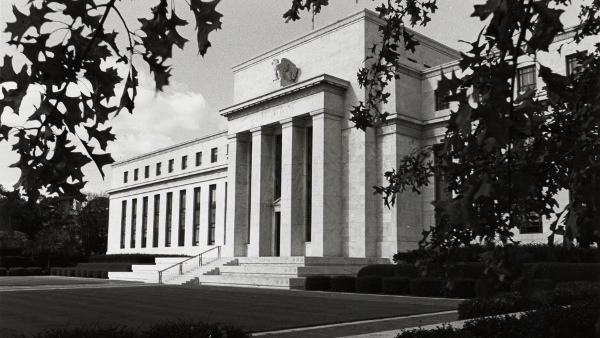 The Fed did not raise the interest rate.

In fact, the Fed would bankrupt itself if it tried to raise rates significantly. However, it had set everyone’s expectations that it would hike interest. It risks losing all credibility by not acting. If it moved by even 25 basis points (0.25%), it would have kept its implied promise. It could then say that further hikes will be slow. People would spend the next two years wondering when the next hike will be administered. In short, the Fed could buy more time.

By not acting, the Fed damaged its credibility, and it damaged something else. The monetary system depends on the people’s willing suspension of disbelief. The dollar is just a slice of the government’s debt, which is payable—in dollars. It’s circular, and growing exponentially. When confidence is lost, then the game is up. It’s not dead yet, but it just suffered a wound.

By not hiking rates a measly quarter point, the Fed leaves people to wonder if not now, when? We have been stuck on zero interest for nearly seven years. All the while, we heard about green shoots, nascent recoveries, liftoff, a strong economy, and robust employment. Why did the Fed balk?

The obvious explanation is that the central planners feel the economy is still too weak. Over six years of flooding us with a deluge of dirt cheap credit, and it’s still weak? Will anything make it strong again? This is not a line of inquiry that the Fed wants to encourage.

The real issue for the Fed is bank balance sheet destruction.

Banks borrow short to lend long. This is well known. A rate hike would increase bank borrowing costs. This would force them to sell some assets. As the price of this asset falls, others have to sell to reduce their leverage. Some borrowers may be unable to roll their liabilities when due, and thus default. Defaults will impose further losses on banks.

Another problem is that a high and rising interest rate differential between the dollar and other currencies causes those other currencies to drop. People prefer to earn a higher yield, especially if it’s the dollar and not some third world scrip. Borrowers around the world owe US dollars. As their currencies fall, the dollar appears to them to be rising. Think of having a mortgage on your house. It starts at an affordable $1,000. But soon it’s $1,100. Then it goes to $1,250. It keeps rising. How long can you go before you give up? That happening to every foreign dollar borrower when their currencies sink. Their defaults further stress the banks.

The biggest problem may be the derivatives tower, which is approaching one quadrillion (i.e. 1000 trillion) dollars high. The sheer size of it dwarfs any bank’s ability to pay, or any government. Most derivatives are related to interest rates and currency exchange rates.

It is impossible for outsiders to know what would happen to the derivatives positions of the banks if the interest rate rises and other currencies fall further. The banks know their own positions of course, and the Fed likely sees the big picture. It may be looking at a scene of horror. A small piece of ice breaking off at a mountain peak can cause an avalanche when conditions are right. The consequences to the villages below can be out of proportion to the little icicle that started it.

“Eliminate all other factors, and the one which remains must be the truth,” Sherlock Holmes in the Sign of the Four. The Fed flinched because it fears what will happen if it hikes.