The Paganization of the Marketplace 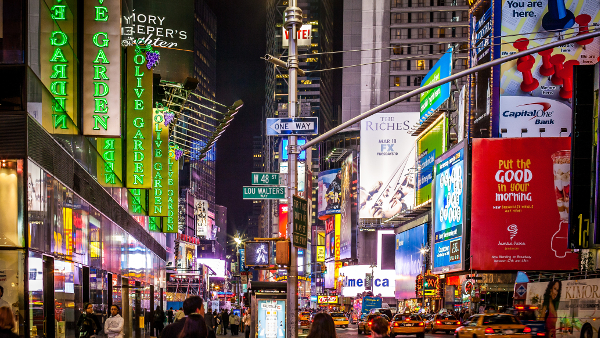 Once upon a time, man lived in fear of nature and based his world-view on myths populated with demons and other spirits who were everywhere to be found, ubiquitous in nature. Always fearful and cautious so as to not upset the spirits inhabiting the trees and other natural objects, man was handicapped in his ability to think mechanistically about his environment, he could only relate spiritually, as all of nature was divinized in his child-like pagan world-view. Consequently, mankind languished in a pre-technological state with restricted progress in science or technic until the demonic underpinning of nature was shed from human consciousness by the donning of Christian thought.

Teaching that nature is not inhabited by demons (not that they don’t exist, only that they are not immanent in all of nature), Christianity teaches that God created nature to serve His purposes, bring glory to Him and to be a platform for man, created in His image, to continue in His work. When Christian thought had thoroughly permeated Western thought man was enabled to think mechanistically about God’s creation resulting in the flowering of science and technology. Christians happily embraced the achievements this brought about as they envisioned the accomplishments of science to be part and parcel of the process whereby God was moving all of creation to the great and glorious culmination He has in store for the entire universe, restored at last to the perfect wholeness as He originally created it.

Christians consequently felt responsible to impact and influence their milieu. They sincerely believed that their vocations and daily work were in large part how Christ’s redemptive work upon creation would be accomplished. So, they worked hard in their jobs, creating wealth and resources which they used to eagerly create Christian institutions such as churches, schools, hospitals, businesses and other non-governmental organizations designed to impact society and help others. Christians even consciously infiltrated governments and toiled tirelessly to turn national rudders in a Christ-like manner. They became scientists and strove to discover more and more of God’s laws in nature. They became craftsmen, artisans and artificers, laboring to make quality products, doing all things as to the Lord and in so doing created cultural wealth. Over time, their efforts paid off as Western Civilization grew and expanded, bringing far greater material and spiritual benefits to mankind than had ever been seen before.

Then a funny thing happened. Christians starting thinking that it was more important to protect their own personal piety than it was to risk dirtying themselves as they engaged the world. Thinking egotistically, they came to believe that their individual salvation was the end all. The cosmic eschatology of the Bible lost its luster and Christians started to think of eschatology in terms of their own individual desires. Primitive Christians believed that Christ had broken Satan’s’ power over the world and hence, they co-labored with Jesus on the road to His final triumph. But, modern Christians, worrying about keeping themselves clean, disengaged from their culture. They are correct in thinking that if you participate in your culture you could, nay, would, get dirty. After all, Christians are human and still are tempted, still make mistakes, still stumble and fall. But, instead of being on a mission for others (thus mimicking Christs sacrifice), willing to dirty themselves while expanding God’s kingdom, building and developing a society thoroughly saturated with Christian thinking, they worried about becoming stained, forgetting that forgiveness is available for the sincerely repentant. Instead of being outward and other-oriented, Christians became selfish as they turned inward. Rather than filling the earth and subduing it, they instead became filled with themselves.

And, there were consequences. As Christians withdrew from active cultural engagement, Western culture began to re-paganize. Laws that previously reflected Christian morals were turned on their head and became license to sin and even kill. Judges not trained to reason from Christian principles rushed to fill the vacuum left as Christians ghettoized themselves in their churches and private lives, promulgating sweeping decrees contrary to thousands of years of traditional values, tradition and God’s Truth. Schools formerly bathed in prayer and patriotism became instead bastions of blasphemy and sexual scandal. Corporations formerly commandeered by virtuous CEOs’ were engulfed in greed and graft resulting in major companies crumbling. Rights for scorners of faith were increased while Christians found themselves facing ever increasing pressure on their ability to practice what they believed.

Charles Chaput, Catholic Archbishop of Philadelphia put it this way, “America is a mixed marriage of Biblical and Enlightenment ideas, but the bad news is Mom and Pop are getting a divorce.” He went on to say that religious believers in American now feel “like strangers, out of place and out of sync in the land of their birth.”

What is to be done? Should men of faith withdraw even further giving up on a polity that seems beyond hope? Or, should they re-engage, attempt to influence and quicken the cultural milieu in such a way so as to turn it back to a paradigm that is Biblically defined, upholding godly ideas of liberty and justice? Or, should Christians withdraw and allow the rot to come to full fruition the quicker? It has even been said that all is well in that the increasing decadence engulfing us is more quickly bringing on the end times when Christ will return. Church goers who believe this way justify their cultural withdrawal as they actually gloat over the spread of evil.

However, to pray for and work for a cultural renewal, a faith revival, and a restoration of well fought for traditional mores seems more in line with what God intends his people to do. For Christians to not exercise their God-given talents and abilities in every sphere of potential activity, for good, would seem to be a sin against their Creator. Maybe the best way to love one another is ensure that our brothers and sisters live in a place where they are free to live a life under Christian liberty, fully employing their gifts for good. This requires an active, masculine faith, full of energy and vitality, not shirking from full frontal engagement with the enemy at every turn.

What does this look like in practicality? Shall we go to the Bible to find out? Christ says that we are to only give to Caesar those things that belong to him. In other words, don’t give things that belong to God to the civil government. The Bible also tells us that we are to care for the widows and orphans. We are also told to do so in the name of Christ. So, this means that the Church must do welfare; this is a thing that should not be given over to Caesar. But, we have given it over. So, is it plausible to expect God to bless governments’ efforts to lift up the widows and orphans? Probably not. Could that be why we have spent trillions and have more poor than ever? By not engaging in welfare in the name of Christ, our pagan rulers have committed egregious crimes against the very people they were supposed to help. By subsidizing bad choices in their clientele they have promulgated more of the very evil they were consigned to alleviate. By subsidizing illegitimacy they have increased it astronomically. By paying their wards to not work, they get more of the same and, necessitate that we must import foreigners in to do the work they would have been doing.

Can you dare imagine what the world would look like today had the Church had the gumption to stick to its Biblical guns and kept welfare as its own vocation? Married to policies that enforced rather than destroyed Biblical values, a fraction of the amount we have “pissed against the walls” in welfare spending would have radically re-shaped America for good rather than for evil. But, this is just one example of how Christians need to replace their individual eschatology with a more Biblical world-view.

Matthew 5:13 tells us that we “are the salt of the earth: but if the salt has lost its savour, wherewith shall it be salted? It is thenceforth good for nothing, but to be cast out, and to be trodden under foot of men.” Isn’t this where the Church finds itself today, “trodden under foot of men”, irrelevant and insignificant to the greater society, not listened to and deemed archaic and outdated? Could this be because the Church has reduced God down to be applicable only to the Church itself and, individual salvation? God, finding himself cut down by man so that he is no longer Creator, Lord and Redeemer of all of Creation to His never-ending and incredible glory has no choice but to let us be “trodden under foot”.

It is the choice of the Church, it is our choice. Will we continue to focus on self or, we will once again focus on God and His purposes in creation? Our decision will determine not only our place co-laboring alongside Christ or, not but, our decision will also determine if untold multitudes of our brothers and sisters will find liberty in Christ or not.