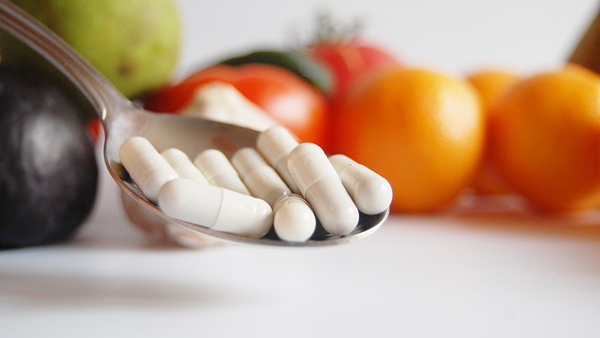 With merger-mania set to shrink the big five American health insurers to just three, many folks have speculated the United States is on its way to a single-payer system.

“Bernie Sanders and the leaders of the health insurance industry that he would abolish agree on more than you might think,” wrote Bloomberg News columnist John Tozzi, after the summer announcement of Aetna Inc.’s $37 billion purchase of Humana Inc., and Anthem Inc.’s $54 billion deal for Cigna Corp. He added, “the arguments for letting giant health insurers combine are strikingly similar to some of the arguments that single-payer proponents have made for years.”

National health insurance is one possible outcome of Obamacare, which has encouraged these mergers by squeezing the profit margins of insurers and by encouraging mergers among doctors and hospitals.

But a single-payer system is hardly a certain outcome. It’s not even the most likely one.

The health insurance mergers are primarily a reaction to the nascent rollback of the U.S. system of financing and delivering health care services, which has been built up over the past 60 years. That system has created the $2.7 trillion per year health care market that can so often cripple the finances of families, employers, states and even the U.S. government.

But present trends—especially the rapid rise in high-deductible health plans and changes to the federal Medicare program—are fundamentally altering that system. And, quite possibly, creating a better one.

When Steve DeKater was growing up in New York City in the early 1950s, he remembers his mother charging to the back of their family physician’s office and chewing out the doc for raising his office visit charge from $5 to $7.

“What, did you need to put a little extra chrome on your car?” DeKater’s mother demanded.

But those days disappeared quickly after 1954, when Congress exempted health insurance purchased by employers from all income-based taxes. That tax break for employer health benefits (which is still not applicable to health insurance purchased by individuals) is the single largest tax break in the entire U.S. tax code, at a value of $250 billion a year.

That generous tax break meant it was cheaper to layer on extra health insurance coverage—so companies and workers did exactly that. Over time, the appeal of employer-sponsored health insurance stopped being its function as insurance—a financial protection against catastrophic medical bills—and became its generosity as a health benefit—a third-party way to pay for routine medical care.

First, because using a third-party to pay for anything is inherently less efficient. Indeed, health insurance companies use 15 cents out of every dollar they collect from their customers on overhead and profits.

Also, when someone else is paying the bill, people tend to spend more—and businesses tend to provide more. It happens with corporate expense accounts—something hotels and restaurants are well aware of. It even happens with credit cards—when a person paying the bill doesn’t actually have to pay the bill till later, they spend more.

Health insurers gradually insured even less, starting in the 1970s, after Congress allowed employers to “self-fund” their health benefits—essentially insuring themselves, and just hiring a health insurer to negotiate prices with hospitals and doctors, and process the bills.

Today, only one-third of Anthem and Cigna’s customers are buying actual insurance—the rest are just hiring those companies for their price negotiating and bill processing services.

In 1965, when Congress created the Medicare program for seniors, it adopted the generous benefits of private health insurance plans as its model.

Medicare guaranteed payment—something doctors and hospitals had never enjoyed. (In fact, few businesses have never had that luxury of guaranteed payment.) Today, the Medicare program spends $600 billion per year on medical care—which is about the same amount of money the U.S. spends on national defense.

The creation of Medicare led to a 23 percent rise in hospital spending in just the program’s first 5 years, according to a 2005 research study by Amy Finkelstein, an economist at the Massachusetts Institute of Technology.

By the early 1980s, medical prices seemed out of control. So the Reagan administration instituted what were, effectively, price controls on hospitals and doctors. Medicare’s system of payments based on DRGs (diagnosis-related groups) and CPT procedure codes—which has been mimicked by nearly all private health insurers as well—created one of the most pervasive systems of regulation that any American industry has seen, according to Harvard Business School Professor Clayton Christiansen.

Designed to rein in spending, these new layers of regulation actually caused it to explode, according to a recent analysis by health care futurist Joe Flower.

It was during this time that hospitals and doctors shifted their focus from what patients needed (both medically and financially) and zeroed in on what services Medicare would profitably reimburse.

That’s when health care providers stopped focusing on health. Instead, they gradually equated better health with more health care services. Patients, freed from the pain of paying for these services in any meaningful way, did the same.

“It’s been more about ‘What do I get paid for?’, less about ‘What’s the right thing to do?’” Bryan Mills, the CEO of the Community Health Network hospital system in Indianapolis told me recently.

Guaranteed payment for more health care services has actually proven to be detrimental to patients’ health. You can see this clearly in some of the communities once dominated by the Big 3 automakers, which provided generous health benefits as part of their contract negotiations with the United Autoworkers union.

In Anderson, Indiana, which was a General Motors stronghold for decades, health spending was tops in the nation according to a rare release of private health insurance data in 2011 by Thomson Reuters. Compared to the average American, the average adult in Anderson spent 76 percent more on health care—including both out of pocket and payments by the insurance plan.

Why? Because the culture of nearly-free health care encouraged it—and discouraged patients from working on healthy behaviors.

“Any ache or pain, they would want to get a test, even if I didn’t think it was necessary. They were really very demanding about that,” said Dr. Bill VanNess, an Anderson native, who spent his career as a family doctor there, then became CEO of one of Anderson’s hospitals and later became the health commissioner for the state of Indiana. “They would say, ‘Doc, I’ve only got to pay a dollar for that test.’ If I didn’t do it, a lot of times they would just go find somebody that would.”

In spite of more health care, residents in and around Anderson weren’t actually healthier. Compared with the rest of Indiana—which is one of America’s least healthy—they smoked more, exercised less, ate worse, had less family and social support, and had higher rates of obesity and diabetes.

To sum up, the U.S. government’s stimulus of health insurance and health care have created a system that encourages lots of health care but little actual health. Is it any wonder the U.S. spends far more per-person on health care than any other nation yet doesn’t crack the top 25 in life expectancy, for Americans of any age?