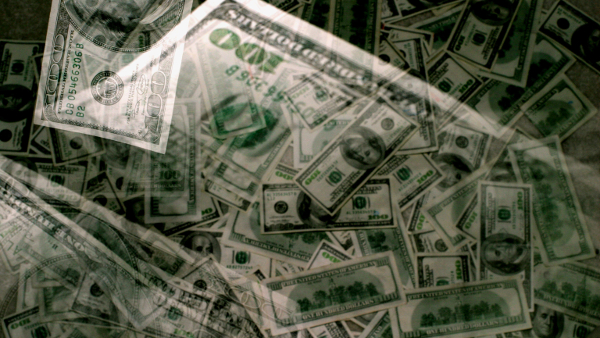 I finally got around to reading James Rickards’ 2011 book Currency Wars: The Making of the Next Global Crisis and really enjoyed most of it.

The best parts are the history of the currency wars, Currency War I (1921-1936), Currency War II (1967-1987) and the launch of Currency War III in 2010 that still rages. War III will likely finish in the same way that the previous ones did but Rickards suggests far more disastrous results.

As Rickards explains, currency wars are a continuation of the ancient mercantilist economics that Adam Smith tried to drive a silver stake into the heart of but failed. Like vampires, mercantilism will live forever by hibernating in the dark places of economic thought and springing to life in tragedies, and that vampire has bitten most mainstream economists.
In the days before Smith, mercantilists advocated state promotion of exports and suppression of imports as the main way to national wealth. But by wealth they meant the king’s wealth that he spent to fight wars. Money was gold and silver, so if the king had enough he could fight and plunder the enemy’s wealth for much longer because wars had a tendency to end when the sponsoring kings ran out of gold to pay troops who then got bored and went home.

Modern currency wars continue in the mercantilist tradition but with paper currencies and floating exchange rates. Exchange rates used to be fixed, but nations would devalue frequently in order to gain a price advantage over trading partners and boost exports while thwarting imports. Today, floating exchange rates make devaluation much easier for central banks and allow them the smoky cover of plausible deniability. They can claim to not be devaluing but merely trying to save the nation’s economy. That’s what the Fed has been doing for the past century. Countries such as China that fixed their currency to the dollar and then devalued it, are labeled as currency manipulators even though the Fed is the greatest currency manipulator in the history of money.

When the Fed lowers interest rates or buys bonds from banks (QE), the larger supply of credit money lowers the exchange price of the dollar against other floating currencies such as the yen and euro. But China’s yuan wouldn’t change in value because it was fixed to the dollar. With a lower rate of exchange, exports to Japan and Europe from the US would be cheaper and imports to the US more expensive. Theoretically, that will boost income in the US and give the economy a shot of caffeine and B12.

As Rickards points out, currency wars never work out like politicians, including central bankers, intend because the target countries usually respond with their own devaluation. Rickards doesn’t include the fact that, even if trading nations don’t respond tit-for-tat, devaluation doesn’t boost a nation’s economy because devaluations work much like money printing: the effects are self-reversing. He doesn’t mention Hayek or Austrian economics, but Hayek explains the self-reversing nature of devaluations in his Monetary Nationalism and Mises does the same in Human Action in the section on interventionism.

The history sections of Currency Wars are a great romp through the tales of the hubris of central bank politicians and the destructiveness of the unintended consequences. In the analysis chapters, Rickards does well at pointing out the weaknesses of all mainstream financial economics and its disastrous consequences. For example:

When the principal combatants use their weapons in any war, noncombatants soon suffer collateral damage, and a currency war is no different. The inflation in the United States had desperately sought not only found its way to China but also to emerging markets generally. Through a combination of trade surpluses and hot money flows seeking higher investment returns, inflation caused by U.S. money printing soon emerged in South Korea, Brazil, Indonesia, Thailand, Vietnam and elsewhere. Fed chairman Bernanke blithely adopted a ‘blame the victim’ approach, saying that those countries had no one to blame but themselves because they’d refused to appreciate their currencies against the dollar in order to reduce their surpluses and slow down the hot money….

This ignored the fact that many of the commodities that residents of those countries were purchasing, such as wheat, corn, oil, soybeans, lumber, coffee and sugar, are priced on world, not local markets. As consumers in specific markets bid up prices in response to Fed money printing, prices rose not only in those local markets but also worldwide. (page 137).
But then Rickards endorses behavioral and complexity economics without mentioning Austrian economics. The problem with behavioral econ is that it fixates on the very short run. It doesn’t prove the Efficient Market Hypothesis wrong because the EMH deals with the long run and admits that markets can stray in the short run from the long run path by large distances before reality forces them back.

Behavioral economics advertises irrational behavior in the markets, but most of the research is done on individual investors. Pros act differently from regular Joes and the EMH relies on the pros to keep the Joes in line in the long run. Behavioral economics uses controlled experiments (a form of scientism), but the results have been so trivial as to be almost worthless.

We should applaud complexity economics for attempting to drag mainstream economists away from their infatuation with 19th century mechanics and introduce them to 21st century chaos theory, but so far it hasn’t worked. As Rickards points out, most of the people working in complexity economics come from the natural sciences or computing. Their economic models are closer to reality than the equilibrium assumptions of mainstream economics, but they’re still a far cry from that of Austrian economics.

Complexity economics is scientism in drag. Scientism is the error of applying the methods of the natural sciences to the social sciences. It never works because humans don’t act like electrons or planets. Human learn, adapt, plan and choose while the physical world merely reacts. At a very high level of abstraction, economies appear to work like the complex physical systems that natural scientists model. But a closer inspection reveals major flaws in the same way that someone at a distance may look like a friend but when you get closer they don’t resemble a friend at all.

As applied to capital and currency markets, the correct approach is to break up big banks and limit their activities to deposit taking, consumer and commercial loans, trade finance, payments, letters of credit and a few other useful services. Proprietary trading, underwriting and dealing should be banned from banking and confined to brokers and hedge funds…
Derivatives should be banned except for standardized exchange-traded futures with daily margin and well-capitalized clearinghouses. Derivatives do not spread risk; they multiply it and concentrate it in a few too-big-to-fail hands…

A flexible gold standard should be adopted to reduce uncertainty about inflation, interest rates and exchange rates. Once businesses and investors have greater certainty and price stability, they can then take greater risk on new investments….

The Taylor rule, named for its proponent economist, John B. Taylor, should guide monetary policy. The rule utilizes positive feedback loops by including actual inflation in its equation while offering simplicity and transparency. (pages 256, 257)

Essentially, Rickards’ policies would reset the US financial system to almost exactly where it was in the 1920s just before the Great Depression. The problems with Western economies has little to do with size and complexity and everything to do with central bank manipulation of money and government punishing of success through high taxes and crushing regulations. For example, derivatives worked well from their invention by the Dutch in the 16th century until 2008. Fed monkeying with the money caused them to fail. Blaming derivatives for the financial crisis is like blaming the existence of land for the real estate fiasco.

Rickards likes interdisciplinary thinking, but he leaves out the important research from the field of organizational behavior that says the more complex a situation becomes the more decentralized the decision making needs to be.

Hayek’s Monetary Nationalism, would be a great companion read to Rickard’s Currency Wars.