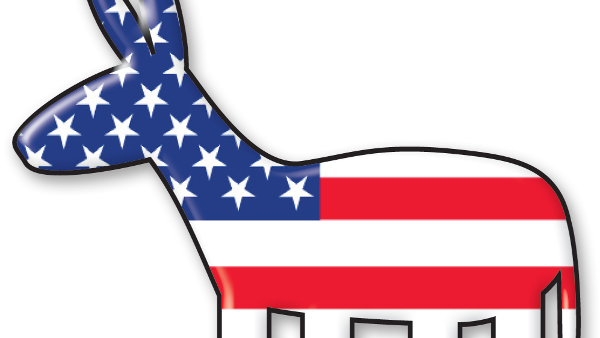 In Wall Street parlance they call it a “dead cat bounce.” That’s when a stock that is getting killed briefly pops back up giving investors hope that the cat really isn’t dead, but resurrected. And that hope makes investors do the worst of all possible things: Bet more money on a stock that’s already dead.

The newest retail sales figures show that all the talk about an economy that is picking up steam was really just the latest “dead cat bounce” for the Obama economy.

It’s a fitting figure for our zero sum president, and his zero sum party, which translated into Latin literally means “I am zero”

“I came, I saw, I did less than nothing”: That should be the motto for the Obama presidential monument.

But bad news is a sometimes quarterly, sometimes monthly ritual for an economy the Democrats have built on the backs of the working people — rich and poor— who do all the living and pay all the taxes. But if it allows Democrat socialists like Obama, Hillary and Sanders to engage in their personal voyage of discovery— as Sarah Palin once so eloquently put in to jeering Democrats—then that’s the price of revolution.

Even Democrats know that Obama’s economic policies—or should we call them “anti-policies”?— have failed.

“At Tuesday night’s Democratic debate, not one of the five candidates even attempted to defend the results of President Obama’s economic policies,” says the Wall Street Journal. “Instead their blistering critiques of the status quo showed they all agree on at least one point: Today’s economy is a disaster for hard-working Americans.”

Democrats still, that’s who. Because, to them, it’s the social journey that counts, not results.

Raise your hand if you really think that the next Democrat president will follow policies that are very much different from the ones Obama has.

If anything, most of the Democrats are at least as bad as Obama.

While the press is careful to describe Senator Bernie Sanders as an “independent” Democrat, he’s more than that. He’s a self avowed socialist, one of the few politicians since Upton Sinclair not afraid to call himself a socialist.

As Politifact correctly notes: “[W]e found many examples of Sanders describing himself as a democratic socialist, a specific type of socialist who wants public ownership of the means of production (which means the tools and money to make things) and a democratic political system.”

Sinclair, for his part, is mostly remembered as an author of the classic novel The Jungle, a depiction of Chicago’s savage Back-of-the-Yards neighborhood which remains a blighted community near Obama’s mansion in Hyde Park. But Sinclair was also an unsuccessful politician who ran for congress several times as a socialist, gaining few votes. But then in 1934 Sinclair ran as a Democrat for governor in California, very nearly winning the gubernatorial bid with over 800,000 votes to his opponent’s 1.1 million votes.

It was this “dead cat” campaign of Sinclair’s that convinced then-president Franklin Roosevelt to enact some sort of a social security scheme. Until then Roosevelt had resisted the idea. But many Democrats were disconcerted that someone who was an avowed socialist would not only win their party’s nomination, but almost get elected as well.

Sinclair himself said his run for governor showed that Americans would never accept the label of “socialist” but they might accept some of the ideas of socialism.

So as the economy remains a “dead cat” today, so too do the Democrat Party’s presidential candidates. They appear to rise, giving hope to their shareholders. But really they are just a “dead cat”, a relic of a failed 20th Century philosophy.

Still the “dead cat bounce” could convince Americans to do the worst of all possible things: Elect another representative of a philosophy that’s already dead.