Mean Insurance Company Rips Off Starving Widows and Children, But Big Government Could Be The Real Beneficiary! 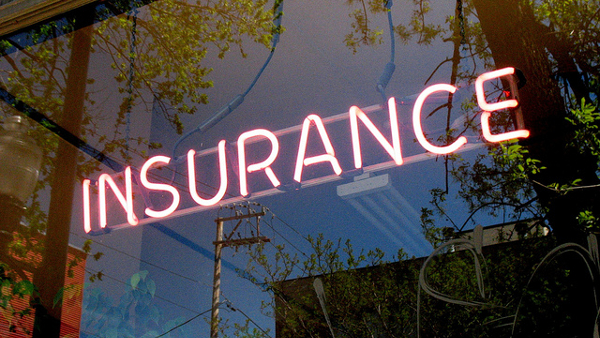 Here’s the story: Big Bad Insurance Company that insures many military active duty and veterans – in a sweetheart (Of course!) deal with the government, coerces helpless widows and orphans into keeping life insurance proceeds with said company so they can rip them off and profit by paying them little or no interest on said proceeds.

There are many things wrong with this story (from a “conservative source”).

All but the loony left knows the value of insurance, not only to bereaved families but as a key safeguard in any advanced economy. But companies are a favorite target not only of the left, but all too many of the economically ignorant right. Always beware emotion charged case accounts, even where the “guilty party” has to pay up. It gets worse when facts are left out or distorted by reporters.

In this case, said Insurance Giant (that in full disclosure, I once was an agent for) settled a lawsuit, in which it did not admit guilt, for $40 millions.

Facts not reported included the rate spread between what the company earned on proceeds and what it paid the beneficiaries. Was it reasonable? Should they pick on an insurance company for keeping a reasonable amount of interest to pay operating expenses, or worse make a little “Gasp!” profit?

Beneficiaries’ alternative may be to lose their money altogether by NOT leaving it with said insurance company. Will they then gripe about “too little interest?” It can happen, you know. Insurance proceeds left with the company are usually protected from private creditors of the deceased. Less likely for beneficiaries’ creditors, but check your state for certain. Use an advisor who knows his or her stuff, and is not trying to sell you anything. Unwise decisions by the bereaved can deplete funds too. It is best to make good end of life arrangements well before you die! The sharks will be circling afterward!

Left/liberals hate profit and capital—both necessary to business creation and survival. But too often conservatives get caught up in the same emotions, and seemingly ignorant of economic principles, fall into the trap of inadvertently advancing socialism. Especially when they don’t check their sources.

Insurance companies must make a profit to stay in business! The implication here was that they were making too much! But how much do banks pay on deposits? Miniscule! And insurance companies are as safe a repository. I don’t recall the wit who said a long time ago, “Better to get the return of your money, than worry about the return on it!” In the short run interest rates matter little, while safeguarding capital means a lot!

Everyone loves to pick on insurance companies. But what about government? I’m no fan of your typical insurance company—they often act too much like government. But the worst facet of the article is that by libeling them only could hasten the day when government takes over all private insurance, gobbling up yet another huge segment of the formerly private economic sphere—along with medical care. What’s next? What’s left?

Oh, and BTW, how much did greedy lawyers get of the $40 Million?